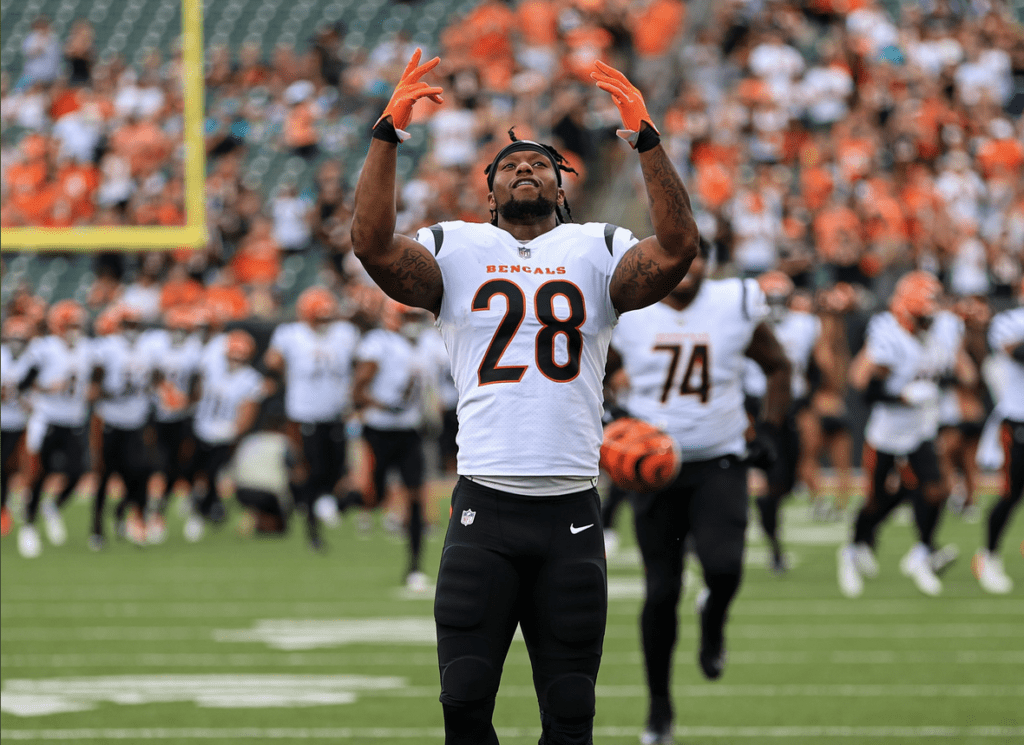 CINCINNATI – Is it finally time to go all-in on this Bengals team?

Sure, talk is cheap but from closely observing this team this week and listening to how the team is committed to changing the culture, it sure sounds like they are committed to doing whatever it takes to right the ship after five cataclysmic seasons in the rough waters of the NFL.

Culture – and specifically winning culture – is cliché but oh so very critical to the success of any sports franchise. From the outside, it’s what has been clearly missing from the Bengals since that playoff loss to the Steelers in Jan. 2016.

Since the moment the ball sailed through the uprights at Paul Brown Stadium, the Bengals really haven’t been the same.

They hired Zac Taylor for a fresh start and he’s produced exactly six wins in 32 tries over his first two seasons. But a funny thing has happened over this past offseason. The Bengals have turned fiercely loyal to the coach, who apparently behind the scenes has worked hard to convince everyone that the talent is there if they only listen to his message.

Joe Mixon makes a pledge to Cincinnati "I'm ready to put this city on my back. We owe it to the fans." #Bengals pic.twitter.com/2NHS3lCzsN

The man who has grown the most is Joe Mixon.

He is going out of his way to let the City of Cincinnati know that he cares and wants to do whatever he can to get this team to the playoffs this year.

“It’s just a different feel in the locker room, the stands, things like that with the fans,” Mixon told me Thursday. “We’re ready for that. I’m ready to put the city on my back. We owe it to the city. Fans and things like that. We’re going to need help from them and they want wins from us. Like I said, I can’t wait. I’m accepting all challenges; all roles and I’m looking forward to it.”

Those are the words of a leader. One of seven captains elected by Bengals players this preseason. The others include Burrow, Tyler Boyd, Sam Hubbard, Jesse Bates III, Vonn Bell and Kevin Huber.

But it’s those words of Mixon that stand out. He’s been a lightning rod of sorts ever since he was drafted in the second round of the 2017 NFL draft, the same round and year as Dalvin Cook, the all-world, all-purpose back he’ll be seeing on Sunday in the season opener at PBS.

Want another reason to be hopeful about this team?

Look at its first-round receiver who has been the subject of national attention (and silly criticism of those who completely took the “ball size” comments out of context) since he ran into a case of the drops in his last two preseason games.

All you need to know about Ja’Marr Chase is that he stood calm and cool and answered questions for over 10 minutes on Monday about his struggles. He was patient with every single question and thoughtful in each response. Coaches look closely at how young, gifted players handle adversity.

We’re not in the meetings but we can see on the outside that Chase is clearly not letting the moment get too big. He knows he’s talented. His teammates know he has “a first-round pedigree” as Mike Hilton put it on Thursday.

It would be great if Chase came out in preseason and lit the world on fire. But adversity early can often lead to greatness later. Just ask Jerry Rice.

But that’s going to mean getting off to a good start since the first part of the schedule is reasonably manageable. Minnesota to start at home, then Chicago and Pittsburgh on the road and then Jacksonville at home on a Thursday night. 3-1 or even, dare we dream 4-0, is not unrealistic if the Bengals play to their suddenly talented roster on paper.

Many coaches will dismiss the life-and-death terms put on the first month by many on the outside because they’re still getting a real feel for what they have. But with the Bengals, it’s different. They know that they need a good start for their own confidence, which could’ve been much different in the last two years under Taylor if the games against Seattle and the LA Chargers had turned out differently.

The management has helped Zac Taylor overhaul the roster entering his third season. It’s now his roster and his culture, for better or worse. The Bengals have a much deeper front that figures to be more disruptive and actually get to the quarterback. But so often in the NFL it’s not about the talent but the drive and the belief in the culture in the building.

“Well mainly within the player, it’s a lot of new faces around,” Mixon said. “It’s a lot of new faces. Everybody has their different characteristics in them, but they all bring something positive to the table. I don’t feel like we have anybody that’s here to hurt the team. We’re doing everything that we can to just be one.”

One of the new guys brought in to change culture was Mike Hilton, the former blitzing Steeler slot corner who inspired a newfound energy to swarm to the ball by instilling a “Loaf Jar” among defensive backs to ensure that everyone is finishing every play.

“Not being here last year, I feel like the energy is a lot different,” Hilton told me. “Guys seem a lot more excited. playing against them I could see they’re just trying to get through it. Being here and seeing how guys interact with the coaches, on the field, you can tell the energy is high. We have some expectations, and we definitely want to go through with it.”

Expectations are only realized with wins, not close calls that end in last-second losses. The Bengals to a man know this. That’s what has to change this year. The roster, built by director of player personnel has an interesting mix of 10 rookies and a host of players like Hilton, Chidobe Awuzie, Trey Hendrickson, Larry Ogunjobi, D.J. Reader with experience in winning organizations.

Throw those in with the likes of Hubbard, Bates, Logan Wilson and Germaine Pratt and you have the makings of a completely different looking defense.

The offensive line stands as one of the areas of the roster that might stun experts in potential improvement.

Jonah Williams and Riley Reiff make up the tackles. Quinton Spain is a people-mover at left guard. Xavier Su’a-Filo is a trusted veteran at right guard and Trey Hopkins is a very reliable center. The weapons are the weapons and there are a boatload of them. The rookie kicker with the powerful leg figures to be key in winning close games late. There’s a lot about this roster to like.

“To be honest, I feel like Zac’s done a great job with trying to change that,” Mixon said of the losing in the first two years of Taylor’s run. “I feel like everybody’s that been here and that’s here now, everybody’s buying into what he’s preaching. We know Zac wants to win and we want to win for Zac, you know what I’m saying? Everything’s playing a part and it’s coming around. I feel like now is the time.”

The Bengals, led by their most emotional and impactful captain, are talking the right talk. Now it’s time to walk the walk. With a remade roster finally unveiled Sunday, we’ll start to see what path they’re heading down against Minnesota.