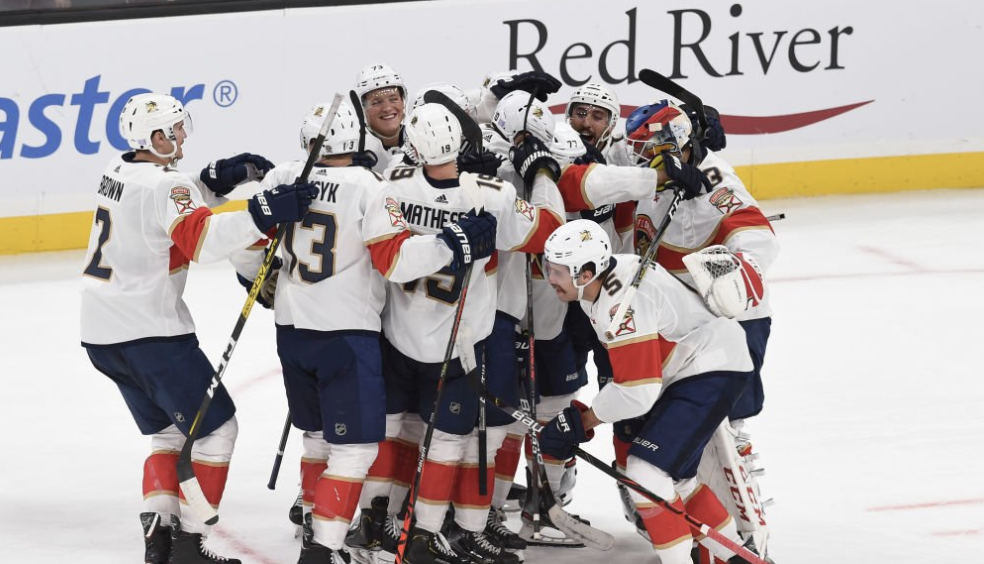 BOSTON – When it comes to bad habits, the Bruins are starting to turn a molehill into a mountain of trouble.

Those bad habits were on full display in third period meltdown Tuesday night that saw them manage to blow a 4-0 lead and lose 5-4 in a shootout to the Florida Panthers.

Bad habits like not making the right play on the penalty kill, not shooting the puck when the chance for a clinching goal is on the stick of one of their veterans, not tracking routine shots on goal and taking undisciplined penalties.

The result was a fourth straight loss, something the Bruins haven’t suffered in two years when they lost four straight between Nov. 8-15, 2017. It all started harmlessly enough when Aaron Ekblad scored 50 seconds into the third. Then former Bruin Frank Vatrano scored on a power play four and a half minutes later and the lead was cut in half. Another power play goal at 9:43 made it a one-goal game before Mike Hoffman tied the game with 99 seconds remaining in regulation. At that point, a loss in overtime or shootout, seemed a foregone conclusion.

The @FlaPanthers recorded the 19th instance in NHL history of a team overcoming a four-goal, third-period deficit to win – and just the ninth as the visitor. #NHLStats pic.twitter.com/mM2z4RrZL0

“Just things got compounded,” Bruce Cassidy said. “We lose a stick on the first goal; we don’t recover. It’s a poor angle shot but a good shot, so you’ve got to get your game back together. We take some penalties. It seemed like we took a lot of marginal penalties tonight; we didn’t kill them.

“Same thing in Detroit, we had those issues. Not great penalties we took – guys throwing pucks into the middle of the ice, so we’re going to have to sit down and address the penalty kill in those situations, how we broke down and get better in that area. Now, all of a sudden, they got life, and they’re coming.”

The Bruins were 8-0-0 this season when leading after two periods. Since the 2010-11 season, they were an astonishing 300-20-16 when holding a two-goal lead at any point and a nearly unbeatable 194-1-4 when holding a lead of three or more goals at any point in a game. None of that helped them Tuesday night.

The Bruins became just the 19th team in NHL history to blow a four-goal, third-period lead and lose and just the ninth to suffer such an indignity on home ice.

“When you have a 4-0 lead heading into the third period, you expect to win that game,” Tuukka Rask told me.

No kidding. This is not the first time the Bruins blew a big lead in a hurry. Remember on Nov. 4 they led the Penguins 4-1 before the visitors had a similar comeback, tying the game at 4-4. The Bruins got away with one that night when they scored twice in the third period to win, 6-4. Their bad habits were too much to overcome Tuesday and karma finally caught up with them.

“Yeah, I’m going to be concerned,” Cassidy responded when I asked him his level of concern given the recent lesson that should’ve been learned from the Pittsburgh contest. “It’s a strength of our team to close out games. I think we had a perfect record of, you know, we had a lead going into the third period. It’s a trademark of this team. Yeah, it is a concern. Part of it’s goaltending, part of it is staying out of the — listen, we talk about, how do teams get back in the game when they’re behind?

“You mismanage pucks by giving them odd-man rushes, you take penalties by putting them on the power play — we did a little bit of both. You don’t tighten up and protect the slot because typically D are activating, so if you take care of that, you’re going back the other way and you have a chance to sort of finish the job. We didn’t do any of those things very well.

“It’s not the first time, you see it happen throughout the league a lot. Shouldn’t happen to us, I’m not making any excuses or trying to sell you a line of crap here. I’m just trying to tell you that we typically are able to play through that stuff and get it done and we didn’t. It’s going to sting for a few days, but maybe it’ll be a good motivating factor. We’re going into Toronto and then playing Washington, so we’ve got two strong teams coming up. Hopefully our guys have a bit of burr in the saddle and want to get back in the win column, kind of how we did the first 40 minutes.”

CLOSEOUT FAILURE: Asked Bruce Cassidy about #NHLBruins inability to close out games, a trademark of his teams last 3 years: pic.twitter.com/FQzKZAOQ3A

Funny thing is this game started off so promising, with David Pastrnak flipping the switch following a blip of a power outage on a Panthers power play in the second period.

With the game still scoreless, the lights over the ice suddenly went out just 58 seconds into the second period. The blackout lasted just a second but it was enough to keep the Panthers from firing a shot from the slot on the man advantage.

Pastrnak’s no-look goal at 11:55 of the second period opened the floodgates on Sergei Bobrovsky, sparking a four-goal second period power surge that gave the Bruins a presumably insurmountable 4-0 lead over the Panthers on Military Appreciation Night.

Pastrnak has 16 goals in 18 games, the second-hottest start over the team’s first 18 games in Bruins history. Phil Esposito had 20 goals in the first 18 games of the 1970-71 season, a campaign that ended with Espo scoring a franchise-record 76 goals in 78 regular season games.

Cam Neely had 19 goals in his first 18 games of the lockout-shortened 1994 season.

Tuesday should’ve been a night to appreciate the greatness of Pastrnak and his place among the greatest individual starts to a season in franchise history. It was headed that way until the Bruins pulled the plug in a short-circuited third period.

“That was not our 60-minute game.” #NHLBruins captain tries to explain blowing a 4-0 third period lead in 5-4 shootout loss to #Flapanthers pic.twitter.com/gy7PV5Waie

Sunday in a 3-2 shootout loss to the Flyers it was all about not sleepwalking through the first half of the game. Tuesday, they corrected that problem only to see another issue arise, one that has come up very rarely in Bruce Cassidy’s three-plus seasons behind the bench.

Eventually, this team has to put it all together, right?