Behind Enemy Lines: Toronto Media Reacts to Kadri, Maple Leafs Prepare for Life without him 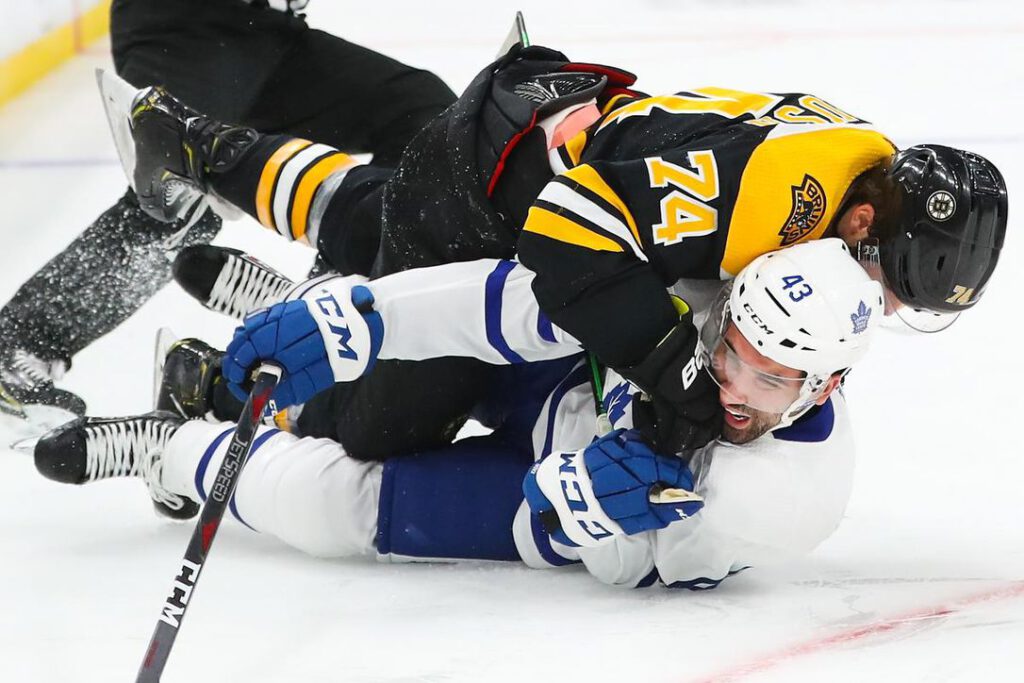 Things are about to get very interesting.

On Saturday night, the Boston Bruins delivered a dominating performance, beating the Toronto Maple Leafs 4-1 in Game 2. But, the biggest play of the game can’t even be seen on the scoresheet.

When Nazem Kadri cross-checked Jake DeBrusk in the face during the third period, a new tone was set for the rest of the series — one that will most likely see Kadri watching from the ninth floor.

Kadri will have a hearing with the league, which will give the league a chance to gift him a suspension of six or more games. His history doesn’t help him, as he’s been suspended on four occasions for hits to the head and fined three other times.

The Toronto media is known to be adamant defenders of their Maple Leafs. But not on Saturday night.

He sums up his piece in two sentences at the beginning:

“If they could ever depend on Kadri, which once upon a time they could, they can’t any more. If they ever believed him to be a central part of a contending team, they can’t honestly be thinking that way after today and into the future.”

James Mirtle, editor in chief of the Athletic Canada, had this to say in his piece titled “A lot went wrong for the Maple Leafs in Game 2, but Nazem Kadri’s foolish play could cost them the series”:

“The fact of the matter is that what Kadri did was much, much worse than any other infraction in this game. And it’s going to cost the Leafs. Potentially a lot.”

Don Cherry also sounded off on the whining Leafs during the first intermission.

Don Cherry rips the Leafs during intermission for "whining" about penalties pic.twitter.com/BeGKFidXKE

Leafs Prepare for Life Without Kadri

Now that the Maple Leafs will most likely be without Kadri in Game 3 and beyond, they have to prepare a lineup without him.

That’s what Mike Babcock talked about on a Sunday conference call.

“It’s disappointing for Naz, disappointing for our team,” said Babcock. “One of our (strengths) is depth through the middle. Any time you cross the line, though, you have a chance to let someone else make the decision whether you play or not. So the way I look at it is we can’t worry about that now, just have to move on.”