Believe It Or Not, Bill Belichick Really Doesn’t Know How His 2018 Patriots Will Do 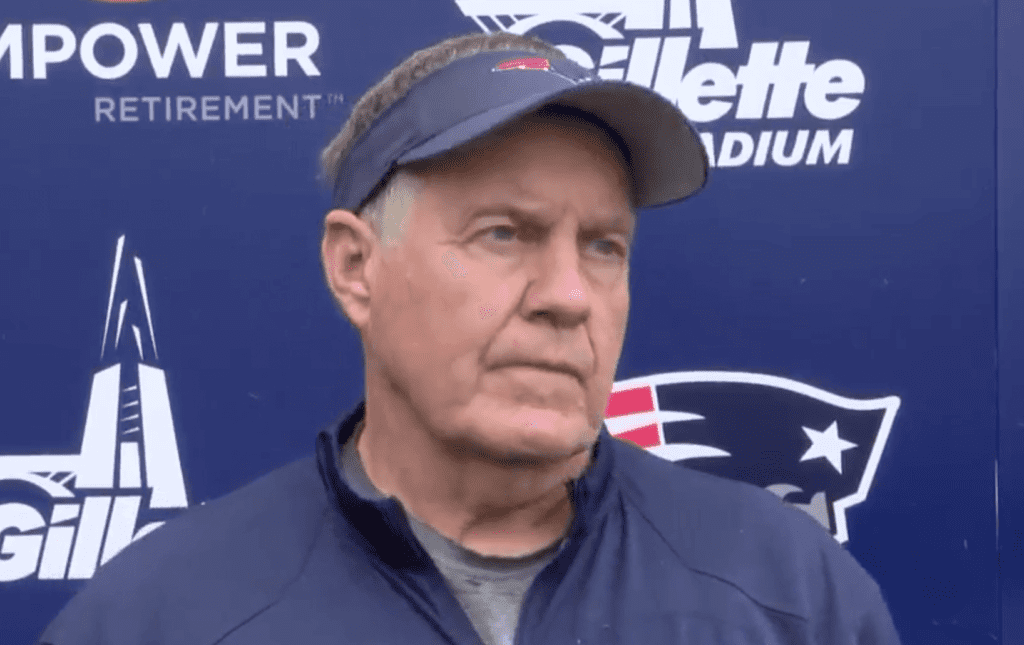 Every year reporters surround Bill Belichick at June minicamp and beg for some nugget on a star player or his team in general. And every year, the Patriots head coach has to remind everyone that it’s still June. That was again the case on Wednesday, the second of three mandatory days of minicamp outside Gillette Stadium.

The question, innocent enough from Kevin Walsh of NBC10 in Boston, came at the very end of Wednesday’s session.

Was there any one part of the team that you looked and said, ‘This is where we need to be better and this is the priority’?

“What are you talking about?” Belichick replied.

This is not meant to criticize Walsh whatsoever. Walsh is trying to elicit an insightful response from the man in charge of the Patriots program year-round.

“Like defense, for example. Or offense, running backs – is there one part where you want the most improvement this upcoming season?” Walsh countered.

“Right, well, we haven’t played a game this year and there aren’t any scheduled for a while,” Belichick said. “So, I don’t know what we have this year. We’ll see. We’ll see how we perform. I have no idea. We have a long way to go.”

Walsh followed up. “But, based on what you had last year…”

That’s why when he’s asked about the impact of Julian Edelman and Rob Gronkowski returning together during minicamp healthy, Belichick gives one of his tried and true responses of June.

On Tuesday, Belichick answered, “Well, that’s the answer.” when told that his answer didn’t correspond to the question being asked.

On Wednesday, it was more subtle and actually more insightful. The truth of the matter is that Belichick DOESN’T know what he’s got in the 2018 team until he sees them in full pads, let alone preseason and regular season games. And we’re still over a month away from training camp, when full contact is allowed.

There will be those who think Belichick is sick and tired of answering questions but he knows full well the dance with the media at this stage of the offseason. He’s required to speak to reporters on mandatory days of minicamp. So, he fulfills that obligation. Belichick also knew he was going to get asked about the first day back for Tom Brady and Rob Gronkowski on Tuesday.

“Yeah I think, look, every day is an opportunity for us to come out here and get in work and get better, get ready for training camp,” Belichick said. “So that’s what we’ll all continue to do.”

After missing the six previous voluntary OTAs, did Brady and Gronk prepared for what was thrown at them Tuesday?

“Well, again, I think the players and the coaches, everybody that’s been out here, each day you get an opportunity to do things,” Belichick said. “Different players are in different stages and have different opportunities to do what they’ve done over the period of the spring. So it is what it is for each guy.”

Like clockwork, Belichick’s approach doesn’t change. His most detailed answer came when speaking highly of Flores, who has been on his staff since 2004.

“When he first came he was in the scouting department,” Belichick said. “Brian’s held a lot of different responsibilities in the organization on offense, defense, special teams, scouting. So he’s pretty much done it all. He’s done a great job in every area too.

“He’s smart. He works hard. He has good leadership.”

Rolling with the punches. pic.twitter.com/kzrB6xeEaV

This formula hasn’t changed from Day 1 with Belichick in Foxboro. It isn’t going to change now. Still, the questions.

Coach, did Julian Edelman look pretty good to you?

“Again, I think each player has an opportunity to come out here every day and improve and work on the things that will help them be ready for training camp,” Belichick said. “That’s the same for every single player and every single coach that’s on the field. The answer is the same for everybody. I don’t know how else to state it. So, put whatever name you want in there; it’s all the same for all of us. We all have an opportunity, and hopefully we’ll take as much advantage of it as we can to help us get better, to have a better day tomorrow, to be more prepared for training camp in July.”

Lazar: Ten Things We Learned From the Patriots’ 25-22 Win Over the Texans