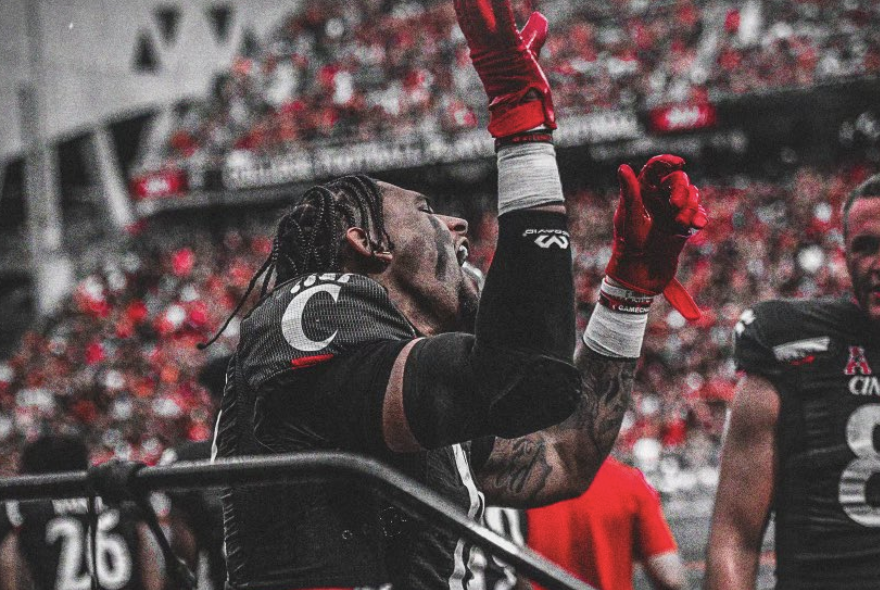 CINCINNATI — Ben Bryant threw three first half touchdown passes while a smothering defense scored twice as the Cincinnati Bearcats bounced back from a Week 1 loss to throttle overmatched Kennesaw State, 63-10, Saturday before 39,014 at Nippert Stadium.

Bryant was razor-sharp all day, finishing 17-of-20 for 201 yards and three touchdowns, matching a career high before he was pulled late in the third quarter.

The Bearcats extended their home winning streak to 28 games, the second-longest in the nation behind Clemson’s 34 games.

The win came at some expense at edge Malik Vann (right shoulder) and wide receiver Will Pauling (left leg) left the game with injuries and did not return.

The Bearcats were sloppy in the opening three minutes:

Deshawn Pace made the first big play for the Bearcats with a tide-turning blocked field goal attempt by KSU that ended up at KSU’s 42. Five plays later, Bryant threw a dart over the middle on a tight end post that Josh While caught with outstretched arms for a 7-0 UC lead.

From then on it was all UC.

Bryant added touchdown passes of nine yards to Leonard Taylor on a screen to the left sideline and 21 yards to Tyler Scott on the right side, with Scott making a slick move to the inside and basically trotting in the final 15 yards.

The only KSU first-half points came from another UC miscue, a fumble by Myles Montgomery at the UC 20. The defense held and the Owls settled for a 30-yard Nathan Robertson field goal with 1:43 left in the half.

The third quarter featured two defensive touchdowns, a fumble recovery out of mid-air by Jabari Taylor of 23 yards and a first career pick-6 by Ja’von Hicks of 45 yards.

In between, Charles McClelland ran in a five-yard score.

The only other negative was the loss of receiver Will Pauling when he muffed a third quarter punt return. He was caught in a scrum and injured his left leg. He was taken to the locker room via cart and did not return.

Evan Prater entered for Bryant with 42 seconds remaining in the third quarter and directed a touchdown drive that ended with a Corey Kiner 12-yard run around the left end.

Up next, the 1-1 Bearcats play their annual Victory Bell rivalry against Miami next Saturday at Paycor Stadium. The game will officially be a road game for the Bearcats, who have won 15 straight against the RedHawks.