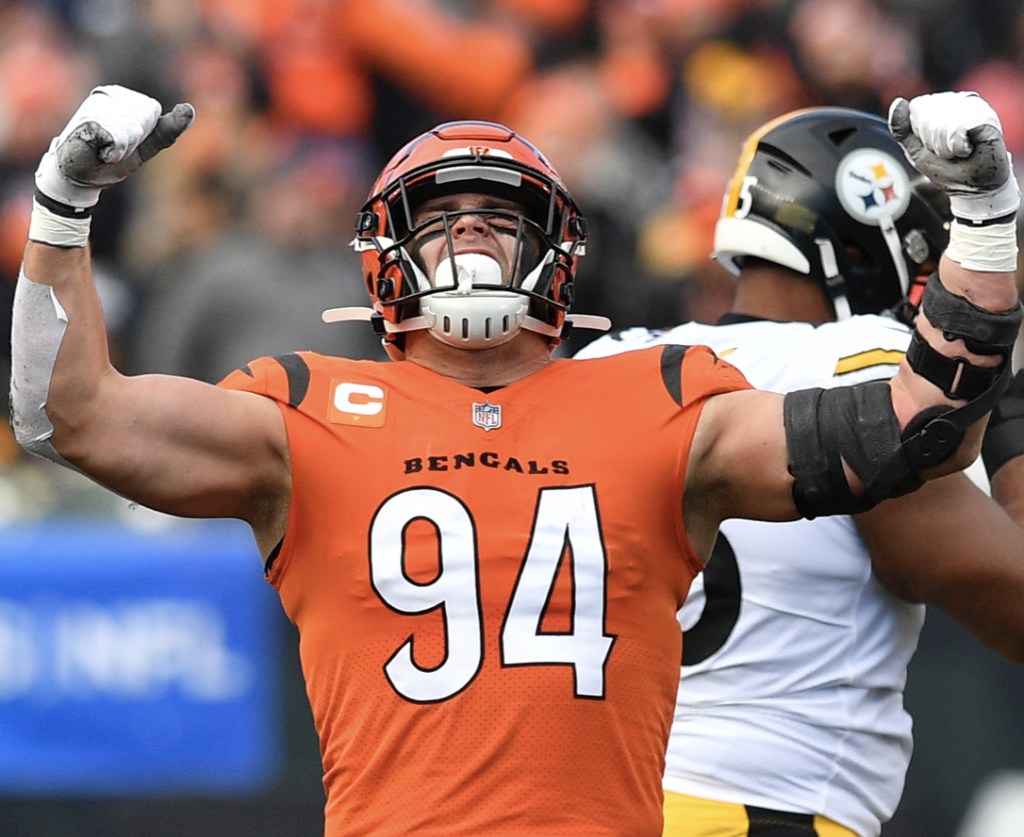 CINCINNATI – Eight training camp practices are in the books for the Cincinnati Bengals, including three with full pads heading into Sunday’s session.

Joe Burrow is still out, and likely will be for another two weeks as he rebuilds his strength and weight from his late July appendectomy.

As we mentioned in Saturday’s observations post, there are a handful of players that have a lot to prove as we approach Friday’s preseason opener against Arizona. There are also a number of players fighting for spots on the backend of the roster.

Based on initial observations, here is your latest Bengals 53-man roster projection:

Trags take: When the offensive line has given him time, Allen has looked competent. It’s more about knowing the offense than wowing anyone with individual skill. Browning has worked well with the third team unit but nothing that has accelerated him past Allen. Loveland’s Drew Plitt was brought into camp while Burrow recovers. Plitt has not seen many reps but that could change a bit in the preseason as the Bengals give him an opportunity to put plays on film for pro jobs in the USFL or XFL or an NFL team looking for a backup. Plitt’s arm has looked impressive. It’s the accuracy and timing he needs work on.

Trags take: Not much has changed here except that the Bengals are more likely to try and sneak Williams through to practice squad. In the reps he’s taken, Mixon has looked explosive and in excellent condition. With Mixon, the need to improve blitz pickup consistently is still there, as shown this week when he completely missed Sam Hubbard on an edge rush outside the tight end. Perine, slowed by a spring injury, has seen minimal reps while Evans and Williams likely will see plenty of action in the preseason.

Trags take: Wildcard here is the sprained left MCL suffered by Sample on Tuesday. Otherwise, these three seem a lock. Moss has seen reps with the second team and special teams work.

Trags take: First change here is Lassiter. The receiver out of Nebraska has shown steady hands in the punt return game early in camp, and if it continues he could be that weapon the Bengals are looking for in terms of creating more explosive plays and flipping the field in Burrow’s favor. Lassiter’s moves have looked good in terms of getting his hips turned and then bursting upfield decisively, a critical trait of a productive returner, along with, of course, ball security.

Trags take: Smith came out of practice before it ever began on Friday and his status is day-to-day. Was back at practice Sunday but not participating as he had a wrap on his back in the locker room. Gailard getting first-team reps. Keep an eye on Devin Cochran, a tackle out of Georgia Tech who could provide some depth. He’s looked good on second-team reps.

Trags take: In first two weeks, Ossai appears poised to pick up where he left off last August at Tampa Bay in the preseason opener. This group has looked very strong in the first two weeks.

Trags take: Reader and Hill have looked game ready in the first eight practices. This group is again very strong. Carter, Shelvin and Tisdale figure to get plenty of quality reps in the preseason.

Trags take: Once Wilson comes back to full 11-on-11s, this group seems to be set. Pratt and Davis-Gaither have been the two three-down linebackers in Wilson’s absence. Davis-Gaither continues to look more and more like the playmaker they were hoping for when they took him in the fourth round in 2020. Bachie a strong and likely candidate for IR to start the season.

Trags take: Hill has not disappointed so far. He’s been calling out coverages with the first team, flying around the secondary and showing good energy, which usually reflects confidence. Taylor-Britt has recovered nicely from a typical rookie start to camp and will get plenty of snaps in preseason. His leaping pass breakup Friday was a practice highlight. Keep a very close eye on rookie Delonte Hood, who’s been active and picking off passes in the first two weeks.

Trags take: Thomas has been flying around camp and intercepting passes. Thomas is likely to split reps with Dax Hill in the preseason.

Evan McPherson
In the running: None

Trags take: It’s breaking news when McPherson misses in camp from any length. Carry on.

Trags take: This is a tricky and interesting competition to watch. How much work will Huber get in preseason? The two have had their moments so far in camp and Zac Taylor told me this week that the evaluation will be a combination of their work in practices and games.

Trags take: Adomitis got some good time with McPherson and Chrisman late in practice on Friday. Barring injury, hard to see the rookie out of Pitt supplanting the veteran Harris.