From Zac Taylor to Joe Mixon to Joe Burrow, Bengals need to move from accountable to consistent 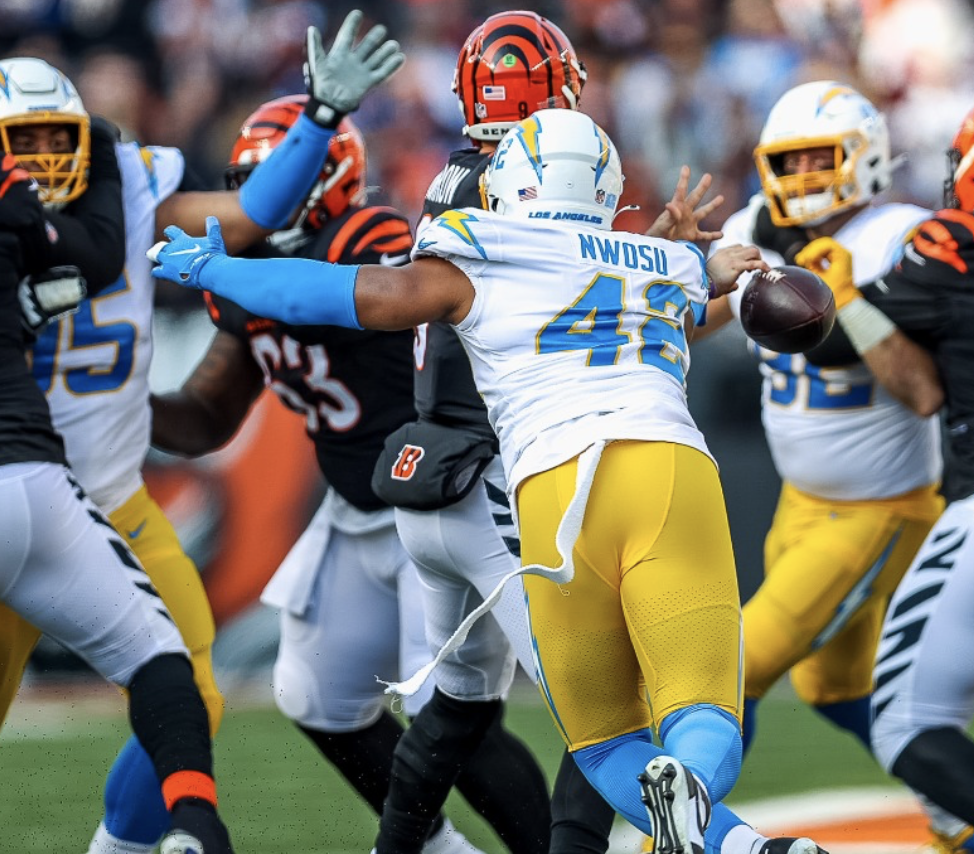 CINCINNATI – Say this for these Bengals: They’re accountable. When they play a terrible game, they’re the first to admit it.

It doesn’t help in the standings, but it does offer some hope that they’ll figure it out over the course of the remaining five games to make a push toward the playoffs.

The frustrating part of all of this is that they’ve shown the ability to win games in dominating fashion. They have five double-digit wins, including blowouts of the Ravens, Lions and Raiders on the road and the Steelers at home.

We’ve also seen the Hyde part of these Bengals at home against the Browns and Chargers and on the road against the Bears and Jets. And in the loss to the Chargers Sunday, we saw it all in the span 60 excruciating and exasperating minutes.

The Bengals simply committed too many bad mistakes this late in the season for a team with playoff aspirations. Unacceptable mistakes. Infuriating mistakes.

There was the 24-0 hole. The run of 22 points to make it a one possession game. And then the 17 points the Chargers scored to close out Cincinnati’s fifth loss of the season.

What’s really plaguing these 2021 Bengals is the lack of consistency and crucial mistakes at the wrong time. There were way too many examples offered up Sunday.

“I think our consistency is as good as I’ve ever been around,” coach Zac Taylor said. “The games are a different animal, but if you talk about (being) in the building and at practice, I don’t have any negatives to pull from with this team. I wouldn’t give that answer if I felt like I was just saying it to just say it. It’s the truth. That’s why there’s such a belief we can overcome a tough game like this because our guys don’t ride highs and lows of the week. They don’t run the highs and lows of the wins and losses.

“They’re able to regroup and become the same guy (now) that they were in (the beginning of the season) when they come back in the building. We’re able to put stuff behind us, and that’s where the belief comes from, from me and all the players, that you’re going to see up here and any coaches that you speak to.”

The Bengals had two chances to get off the field on their first defensive series, third-and-9 before a 10-yard completion to Keenan Allen. Fourth-and-goal from the four before a Herbert dart over the middle to Allen for a touchdown.

The strip-sack on the first drive that dislocated Joe Burrow’s right pinkie. That was one of six sacks on the day. Six.

“Can’t have Joe Burrow on the ground,” Joe Mixon noted. “That was just too many times. At the same time, everybody’s just gotta take accountability for what happened. Just watch film, learn from it, move on. Get ready for San Francisco.”

“The protection overall wasn’t good enough,” Taylor said. “That’s not 100 percent on the offensive line; there were some communication there that’s got to take place. Sometimes the (running) backs were a part of that as well, (and) sometimes it was the offensive line. We’ll just have to watch the whole thing.

“Again, when you put yourselves in a hole like that, you let them get into the fun stuff on offense — I talked about them getting into the fun stuff on offense, and they got that big lead and we saw some of the looks we saw on tape because they had the lead and knew we were in a passing situation. Really, we put ourselves (in a hole) early. It’s frustrating, because we had some third-and-longs when we had efficient plays. We got two penalties early on from our center and right tackle off of good plays that put us in a tough spot, and that’s just going to be part of the group of guys coming in.”

The fumble-drop by Ja’Marr Chase of a sure touchdown pass that landed in the hands of Chargers corner Michael Davis.

The two-point calamity that ended with the loss of a timeout, Mixon and Burrow yelling at the sidelines and Evan McPherson pushing the extra point wide right.

“Horrific (management) by me. Horrific, horrific, horrific,” coach Zac Taylor admitted. “We were going for two, and so we were a little slow making sure we had the right personnel on the field. When I made that mistake, I was going to call timeout and put the ball on the hash(mark), wait and see what personnel they were in, so I ended up calling the play backwards and I tried to correct it at the last second and ended up taking a delay of game.

“So, it was just horrific management of a situation by me twice coming out of a timeout. We ended up having to take a delay of game and ended up missing the extra point on top of it.”

The botched end of the first half where Burrow didn’t look like he knew if the Bengals offense was coming or going, stopping the clock or letting it run on third down.

“Well, we got to a third down and we were going to clock it and put us in a fourth-down position,” Taylor said. “Really, there might have been too much on the clock, (so) if we don’t convert, they get the ball back, so that was a difficult one to communicate in the moment. The guys on the field were going to clock it — we were trying to get into a pass — and that confusion for three, four (or) five seconds costs you when there’s only 10 (left). It’s kind of a rare third-down situation we were in right there.”

The real problem wasn’t third down, it was not running up to the line after Samaje Perine’s run for a first down and clocking the ball there with over 50 seconds left. Instead, the Bengals allowed another ten seconds to run off at their own 41 and then blew another 20 seconds on a first down in-bounds pass to Perine.

“The communication is critical (and) it’s got to be crisper from me to make sure that we’re all on the same page and make sure we’re all getting one call, and I’m trying to change it, essentially. That’s just bad ball (management) on me — bad handling, bad communication — and then we go into halftime.”

Despite all of this, the Bengals were down 24-13 at the half and were showing every sign of getting back in the game and posting the biggest comeback in franchise history.

They were within one on Mixon’s seven-yard scamper up the middle in the third quarter. They even had a Chargers penalty on the two-point conversion that allowed them to go for the tie from just one yard out. Mixon ran up the middle and was stopped.

At that very moment, there was an uh-oh feel. And for good reason.

As the short-handed Bengals defense was shutting down Justin Herbert and forcing Austin Ekeler to fumble, the Bengals were driving early in the fourth quarter.

Then it happened. Without being touched, Mixon fumbled the ball at the Chargers 34 and Tevaughn Campbell scooped it up and raced 61 yards for the score. Chargers 31, Bengals 22. Ekeler added a touchdown, and it was 38-22.

“Regardless of the outcome, I’m just happy that (we) played for four quarters. Defense gave us a chance. Didn’t nobody quit, and that’s the best thing that I can really take from this game. We just gotta clean up the little things and let everything else handle itself.”

It was still a two-score game 10:49 left. But when Burrow threw a terrible pass into the end zone that was picked off by Chris Harris, the final mistake cast a pall on a game that got away from the Bengals.

“Everything went hand-in-hand today so we’ve just figure (it) out, go back to the drawing boards and the best thing we’ve got going is we’ve got next week. We’ve just got to put this loss behind us and keep on chugging forward.”