Bengals feel confident that they'll have the depth and versatility to match the explosive offenses they'll see in 2022. 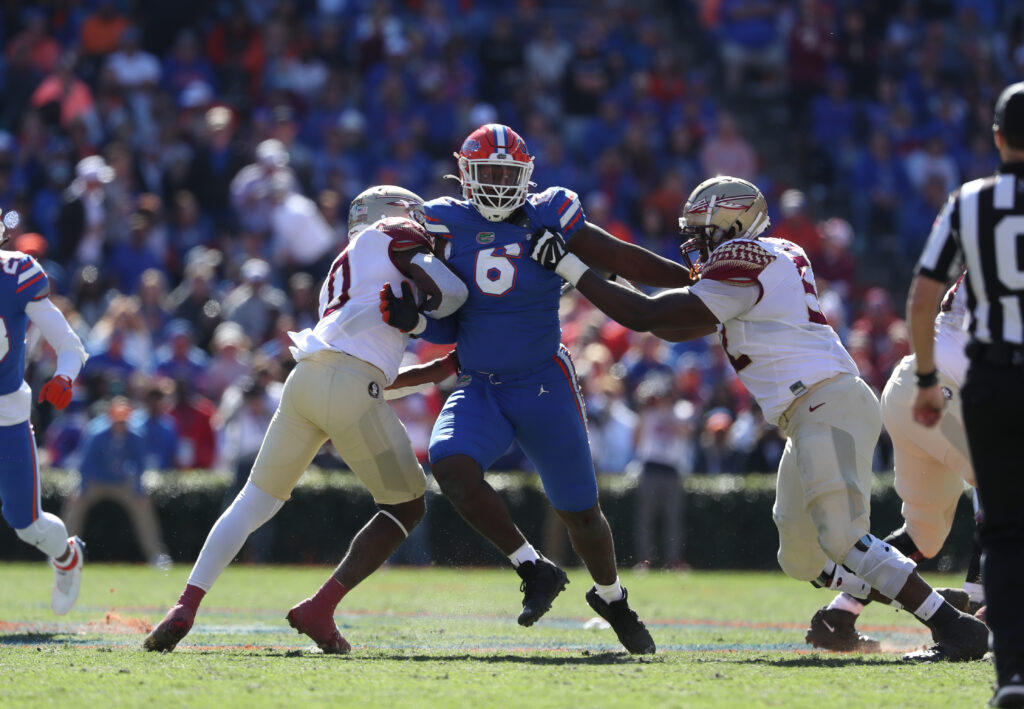 CINCINNATI – If you want to take away anything from the two picks made by the Bengals on Friday at the 2022 NFL Draft, the team is building depth and attitude where they need it most. And, it has nothing to do with Joe Burrow.

The Bengals built a defense that brought them to the brink of a Super Bowl title in February through savvy free agent signings over the last two offseasons.

Now, the Bengals are spending their weighted draft capital at the start of the draft on making sure there’s players behind their established veterans who can come in and continue the schemes of Lou Anarumo.

In the first round Thursday, the Bengals got their hybrid safety in Dax Hill out of Michigan. On Friday in the second round, they moved up to get Cam Taylor-Britt, a corner that played nickel and outside and developed a reputation as a hard-hitter at Nebraska.

Taylor-Britt, like Hill, played just three seasons of college ball before being drafted by the Bengals. He was a team captain, a three-time member of the scholar athlete honor roll and produced big time this past season. CTB started all 12 games for the Huskers, recording 51 tackles, three for a loss, a sack, 11 pass breakups and one interception and a blocked kick.

In the third round, they stayed put at No. 95 and picked up a productive pass-rushing nose tackle in Florida’s Zach Carter. All three players figure to come into camp and provide good competition at places where the Bengals have proven starters.

“A coach’s best friend is competition,” Anarumo told me Friday. “We’ve got some guys that are slotted that played a lot of good football for us. These guys will come in and support those guys, and we’ll see how it goes from there. They’re going to provide good depth for us for sure.”

Asked Lou Anarumo about boosting the competition in Safety and CB rooms with Hill and Taylor-Britt picks early in draft. "Competition is a coach's best friend." #Bengals pic.twitter.com/bP5mKIoQnJ

Anarumo made a couple of things very clear Friday. Don’t be surprised to see the Bengals in defenses with as many as seven defensive backs occasionally, and look for his corners to play a lot of combo schemes, especially in deep zone concepts. Both Dax Hill and Cam Taylor-Britt fit that mold.

Taylor-Britt’s joyous attitude was contagious over the speakerphone as he spoke with reporters for the first time.

“I was so excited, I couldn’t even say any words,” Taylor-Britt chuckled. “It was just a dream come true. My visit there was amazing. Just to get picked up by a team, especially the Bengals, is surreal to me. And Coach Zac (Taylor) played at the great University of Nebraska, that makes it even better.”

What made Taylor-Britt’s visit to Cincinnati so amazing?

“The staff is great,” CTB added. “Everybody on the staff — from when I got to the airport, to communication, to me getting from place to place. They were on time with everything. They were just professional with everything they do.

“I really got along with their DB coach (secondary/cornerbacks coach Charles Burks). We had a great time in there just kicking it and not even talking about football. We ran out of time, but that’s the conversation you want to have with a coach. You want to have that relationship.”

Hard to listen to Cam Taylor-Britt and not come away feeling giddy about his feel-good vibe about joining the #Bengals. https://t.co/l6Ry2WA1Jo

Carter’s journey was much more improbable, at least to Carter.

“What’s crazy is I haven’t heard from the Bengals much,” Carter said in his call Friday night. “I’ve heard from them a little bit, but they haven’t really reached out to my agent much. So, I was surprised, honestly.”

“I watched that whole rise to the Super Bowl. I love that defense and how they play. I can’t wait to play with these guys. They play with a lot of fire and energy.”

Carter finished his career with 17.5 sacks, including 8.5 last season for the Gators. He had 28.5 tackles for loss over his four seasons, 2 forced fumbles and a fumble recovery in 46 games. He is a player that offers a powerful push over center.

“I think I’ll be more of a factor inside. I think I’m a mismatch on guards,” Carter said. “I feel like my quickness inside and my first step separate me. I feel like that gives guards trouble inside.

Zac Taylor and Lou Anarumo on Zachary Carter DT who can get after the QB. #Bengals pic.twitter.com/ziegoovIBU

As for the sleep-deprived Hill, he made his first trip to Cincinnati and it was a whirlwind first 24 hours with the Bengals.

“I was in Vegas for an NFLPA event Monday through Wednesday,” Hill said in his first press conference with Cincinnati media on Friday at Paul Brown Stadium. “I had to wake up at like 5 a.m. (Thursday) to catch (a flight) to get to my draft party on Thursday. So, whenever I got back home, my mom had (team hats) prepared for me.”

The 21-year-old defensive back displayed the poise he showed on his initial conference call Thursday was again on display Friday as he answered questions about his hopes for his time in Cincinnati.

Hill, a player who models himself after Jamal Adams, Tyrann Mathieu and Jalen Ramsey, reiterated his desire to embrace the team concepts that have been engrained by Taylor, Anarumo and the entire coaching staff.

“I don’t want to be selfish. I feel like once someone is selfish, the team won’t be as good as it needs to be,” Hill said in his first in-person availability Friday afternoon at PBS. “Once I get here, I feel like that is something that is very important, very vital to the success of a team. We had a lot of that last year, and I just want to do more of that to get us on another good run.”

At only 21, Hill firmly believes the NFL won’t be too big for him.

“Because I’m level-headed,” Hill told me. “I know I have good character. I know I’m a good person. I really look out for the best interest of the team, not really being selfish — I’m not that type of person. I know coming to the NFL, it’s all about winning and being team oriented. I feel like that’s who I am as a person.”

The feel-good vibes that kept the defense together through rough spells in 2021 and delivered huge plays in the postseason, only got stronger on Thursday and Friday. No wonder there were plenty of smiles on the faces of Zac Taylor and Lou Anarumo.

Daxton Hill says character means a lot to him and will with #Bengals pic.twitter.com/8AKmCDKNlr