Several impact players likely to fall to Bengals at 31 in most unpredictable draft in recent memory. 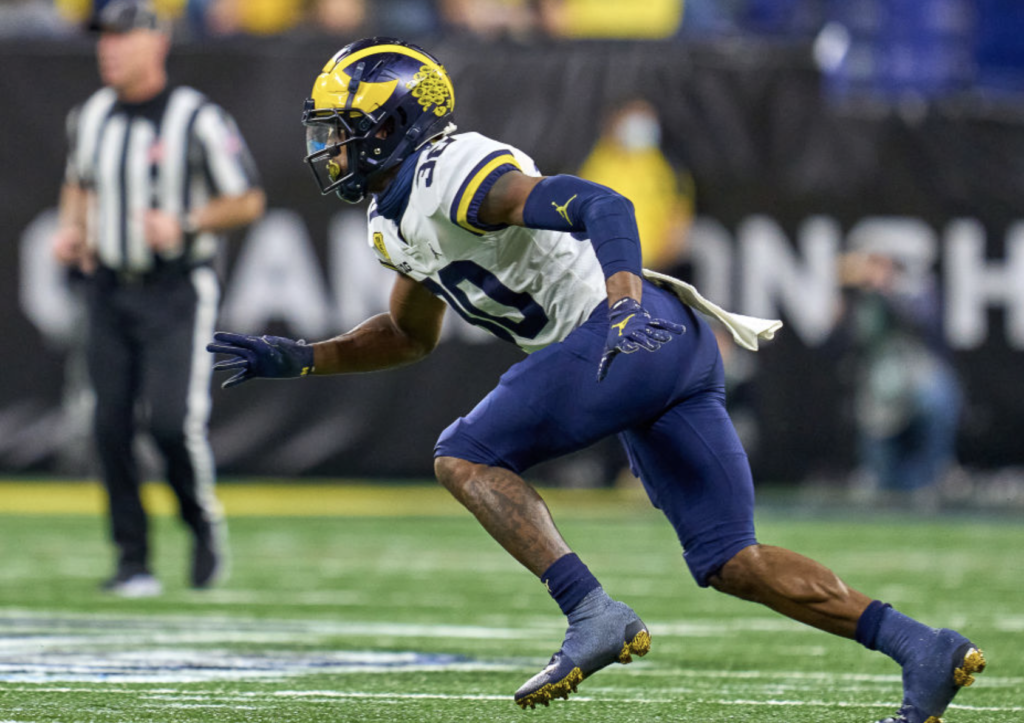 CINCINNATI – After countless film review sessions and personal interviews and endless hours of research, the Bengals and 31 other teams are finally ready to put their intense work to the test in the annual bid to add young talent to the roster.

Let’s get the obvious out of the way: In this draft, no one knows for sure how the picks are going to fall as the Bengals wait their turn at 31. Or, if the Bengals decided to trade down for more selections.

If the Bengals stay at 31: Starting with the best case and moving on down:

Daxton Hill would add a major amount of versatility to the Ravens’ secondary pic.twitter.com/iaeGPU9oAc

This draft, more than many in recent memory, doesn’t have a true consensus No. 1. That’s mainly because the quarterback field is not as deep and strong as in years past.

Cincinnati’s Desmond Ridder does figure to be selected Thursday night by any one of a handful of teams, including the Steelers. Malik Willis is the other QB that is likely to be taken in the first round as the quarterback that has more physical tools than all the others. And there’s Kenny Pickett out of Pittsburgh.

After those three, projecting a first-round quarterback in this draft is dicey business, to say the least. Matt Corral of Ole Miss and Sam Howell of North Carolina are possibilities as well, though by no means certain.

What does all this have to do with the Bengals?

While this is not considered a sexy draft up near the top, there could be a wide swath of players who hold much more value and are available to the Bengals at 31. That would be the strongest argument for not trading down into the second round, that and keeping a fifth-year option on a player they really like.

In short, the Bengals will pay particularly close attention after the 10th pick when traditionally talented players start dropping.

“That’s always an impossible answer for me to give because it’s maybe a little stronger at a position than it was the year before so some people may view that as a (slight) because it’s a primary position, it’s a strong draft or weaker draft, or whatever it is,” Taylor said. “I have always struggled with that, and you take it year to year. It is the draft that we have, Here’s the strength at different positions, and you just try to make it work the best as you can.”

Taylor made specific reference several times this past season to the culture that the organization took great pains in creating in his first two difficult seasons. It paid immense dividends last season well beyond just the franchise quarterback. How important is drafting to culture to match the talent?

“We do a lot of work to try and figure that out,” Bengals director of player personnel Duke Tobin told me. “And that’s one of the heaviest lifts we’ve got. Yeah, the tape’s important. We grind the tape as much as we can. But we also grind behind the scenes to talk to as many people who have been around that player as we can possibly talk to figure out what really makes him tick. And ultimately, the guys we’ve had success with over the years, and recently here, are the guys that love football, they love the camaraderie of football. They love the competition of football.

“They like being in the locker room. They like being engaged with their teammates. They’re playing because they love it. If there was no NFL, they’d still find a way to play football. The driving force behind them is not what football brings to them. That’s all great, everybody recognizes it. Everybody wants it. But the driving force behind it is actually the competition and lining up and playing the game. They love the game. So, if you can get to that, you can find a lot of really good fits for our team and every team.”

How the draft unfolds in front of them will dictate the quality and position of talent available. The Bengals have never drafted this late for their first overall pick. The closest was 27th in 1989 after going to Super Bowl XXIII three months prior.

Will their corner be there? Will a safety with incredible versatility like Michigan’s Daxton Hill or a Lewis Cine still be on the board somehow? Will Iowa center Tyler Linderbaum slip to them and do they believe he’s a generational talent like Kansas City’s Creed Humphrey last season? Could they possibly take another wide receiver if a Jameson Williams drops?

Also, keep a keen eye on Green Bay (28) and Kansas City (29, 30), both of whom draft immediately before the Bengals. Both are in desperate need of wide receivers to replenish the losses of Davante Adams and Tyreek Hill, respectively.

If the Bengals stay put at 31 the consensus is that they will go for a cornerback to add to that position group.

"I don't know that we look at our time window as finite or wrapping up pretty soon… maybe we're coming up on a path where a lot of the money is start coming to our internal players." Duke Tobin #Bengals pic.twitter.com/LJjQ9TaE1i

But the mock drafts this year genuinely are all over the place. The Bengals have been mocking this draft along with the rest of us. They have to be prepared for any and all scenarios.

“I think our guys feel pretty prepared,” Bengals head coach Zac Taylor said. “The scouting department has been doing this all year and the coaches have caught up these last couple weeks. You feel very prepared. … It has been fun to go through the week and get everyone’s opinion on things.”

While the Bengals mock the draft inside their walls, they don’t – understandably – pay attention to a lot of the outside noise and drama associated with all the others.

“I’m glad that’s not my job,” Taylor said. “I know people got to put the mocks out there to get the views and all that. It’s fun to look at. Trust me. It’s fun we all know people that look at them.

“But it’s important how our organization sees the board and how it looks there. It might not be the same for every club. But ultimately, we’ll be on the same page with wherever we end up. The real mock draft starts on Thursday and it’s a fun thing to be a part of.”

Tobin ultimately has the final call on the picks after listening to all the voices in the room. Tobin said last week that organizational mocks help the team handle things when one, two or several players come off the board before 31.

“I think that’s true,” Taylor said. “He’s right about that. You sit in those meetings and hear who likes who. We might see a couple players different than some other clubs but ultimately in our mock drafts those players go first.

“It’s good because you get a chance to talk through a lot of scenarios now when you have unlimited hours to talk through it and have those conversations to where you are not doing it when you are on the clock with however many minutes on the clock on draft day. Duke does a really good job moderating that over the course of the last couple weeks and this week to make sure we are all confident going into Thursday.”

Taylor reiterated this week that the Bengals do their homework in looking into a player’s background from a number of different angles but ultimately, they have to trust their own evaluations, both on the field and off.

“Again, sometimes it’s not perfect,” Taylor said. “Maybe you hear something, and your experience has been different. You know you’re never going to have the complete picture until the guy walks through the door and you have him for a year and be able to answer those questions yourself.”

So many choices. Only one pick: What do the #Bengals do Thursday at 31? What's biggest need? What will they do for the rest of the draft? On my @JungleRoarPod this week, @KelseyLConway of @Enquirer joins me with key insight: SUBSCRIBE and LISTEN: https://t.co/gsn6n5Jt9E