Special teams coordinator Darrin Simmons will be busy during the bye week with personnel decisions. 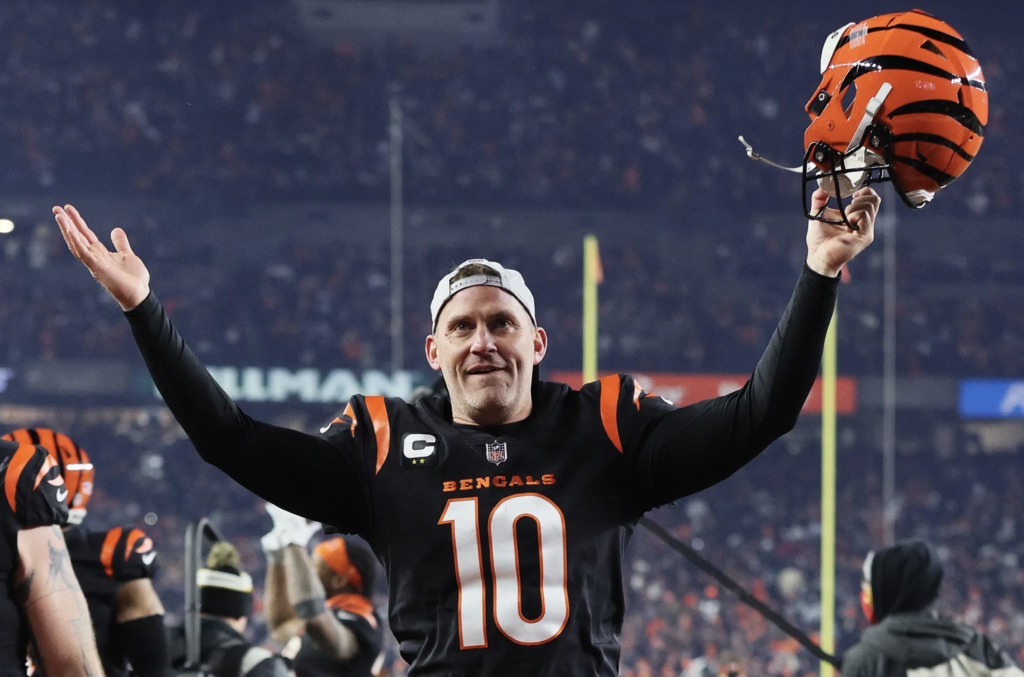 In a season that began with him losing his trusty long snapper, Clark Harris, to a torn biceps tendon, he’s now dealing with a veteran punter who might be on his final legs in his 14th NFL season and a second-year kicker going through a mini-slump.

Kevin Huber is not having a good stretch to say the least. He had a net average of 34 yards against the Browns on Oct. 31 and just a 40-yard average against Carolina in three punts on Sunday. His 37.4 average is above only New England’s Jake Bailey among all regular NFL punters.

“He’s been struggling a little bit. It’s no secret. He’d be the first to tell you that,” Simmons said. “He’s got himself in a bit of a slump, too. He made a great analogy. He’s great on the practice range he’s just not taking it to the first tee. His practices have been pretty solid. His pregame warmups have been pretty solid. He’s just not taking it to the game. He’s got to figure out how to get that from the range to the first tee. He’s just not doing a very good job of that right now.”

Simmons told me Monday that Huber, now 37, has seen his margin of error decrease with age. This is no surprise with NFL kickers but with Huber it’s just been more pronounced of late.

“With Kevin, a lot of it’s feel,” Simmons said. “I’ve always felt that way with him. Without getting too technical, there’s a lot of things that go into it. His get-off times has got to be quick and urgent. Sometimes, he over-strides a little bit, which makes it difficult to get the ball out away from him. There’s just a variety of things that have figured into his inconsistency, and it’s just been a myriad of those issues. And, I think as you get older, your margin for error becomes really small. Some of these guys that are real strong, real powerful, have young legs can get away with some things, can get away with the get-off times being a little slower, get away with the drop not being exactly at the right spot. They can adjust. His margin of error with some of that stuff is just reduced compared to what it used to be.”

Could the bye week time be the right time to further evaluate and make a change?

“I don’t know. That’s something we’ll talk about,” Simmons said. “I’ll think about. We’ve got however many days to figure that out. But this something that has sort of been building over some time, for sure. We’ve got to do something to put our team in a good spot to control field position, and we’ve got to be better with that.

“We’ve constantly been evaluating this whole thing. Obviously, our punting game has got to improve. We’re not getting out of it what we need to get out of it, in terms of flipping the field. It’s something we’ll take a look at over this bye week and try to figure out what the best thing is going forward.”

The Bengals have obviously been preparing Drue Chrisman for the opportunity to take over ever since bringing him back to the practice squad after nearly beating Huber out coming out of preseason. He has been spotted on the field before the last several games going through kicking and holding drills in a stadium environment and going through a full pregame routine.

“Yeah. I think as a specialist that’s on the practice squad, the one thing that’s difficult to do is they don’t get live game action. I think a big part of the specialist, too, you can’t punt every day. You can’t kick every day. So, I think as close as you can get to replicating what a game week would be like for him, that’s what we’re trying simulate (with) him punting before the games because we have a certain schedule.

“A punter and a kicker, they’re heaviest day of kicking is always on game day. It’s not just the punts or kicks that happen during the game, it’s all the stuff that happens during pre-game warmup, it’s all the kicks they have in the net. It’s all the stuff that adds up. So, I just wanted to get Drue into a routine where he feels what a real game week is like for him. We’re just trying to simulate that as close as we can.”

Simmons also hinted at why Chrisman didn’t make the team out of camp.

“I think he’s handled it real well. It was obviously a competition in training camp. There were certain things that Drue needed to improve on coming out of camp. I identified with him the reason he didn’t make our team. Again, to go back to golf equation a little bit, it’s like the changes he needed to make would’ve been like him trying to make the week before the Masters. It’s difficult to make a bunch of changes like that when you’re ready to go into competition. Those are changes that have to be made earlier, way back in the offseason.”

Drue Chrisman is ready for Bengals punting duties if his number is called. pic.twitter.com/Olz4Pgh4nr

“Ultimately, you could go backwards if you make those changes right before he’s getting ready to play before a tournament or anything in preseason games,” Simmons added. “Knowing we’ve had some time ever since he’s been on the practice squad, we’ve had more time to tweak and adjust. He’s been very receptive to that and really, he’s been punting the ball well in practice. We use a little different kicking schedule with him than we do with Kevin so they’re not always kicking on exactly the same days. But I think he’s handled it very well and I think he’s been very open to it and I think he’s done a good job.”

Meanwhile, Evan McPherson has missed his last two field goal attempts, including Sunday wide left from 48 yards, and hasn’t connected on one since his clutch 52-yarder against the Saints. Simmons is concerned but definitely not panicking. McPherson is 11-of-15 in field goals, 23-of-25 on extra points, with one of his misses on the block that led to overtime against the Steelers on opening day, a miscue Simmons said was not on McPherson.

Kickers not named Justin Tucker or Nick Folk go through this. It’s a mini-slump and part of Simmons’ job is to trust the kicker’s true talent and leave him be and not over-coach the situation.

“I’m not more worried than he is,” Simmons said. “I trust him. He’s made a lot of big kicks for us and I trust he’ll get back to that.”

Simmons provided a “Tin Cup” anecdote Monday when he related the time in the postseason last year when McPherson missed seven kicks in one practice and then went out and connected on four field goals to win the game, including a walk-off game-winner. McPherson had road walk-off winners against Tennessee and Kansas City en route to Super Bowl LVI.

“It was kind of Tin Cup. We all laughed about it after practice. It wasn’t something I panicked about. I didn’t lose one bit of sleep over it. I know how he responds. I know how he reacts. I trust this is going to be the same way.”

McPherson even took his swings in practice Tuesday at punting, with a couple of booming kicks. But he’ll be sticking with kicking duties.

It doesn’t end with the kicking game for Simmons. With kick returner Chris Evans week-to-week with a PCL grade 2 right knee sprain, he’ll have to consider who to put in that spot. Trayveon Williams is the leading candidate to handle those responsibilities and has frequently taken those reps in practice and in pregame for the Atlanta game when he was active.