Bates: 'I think we can be damn good, honestly.' 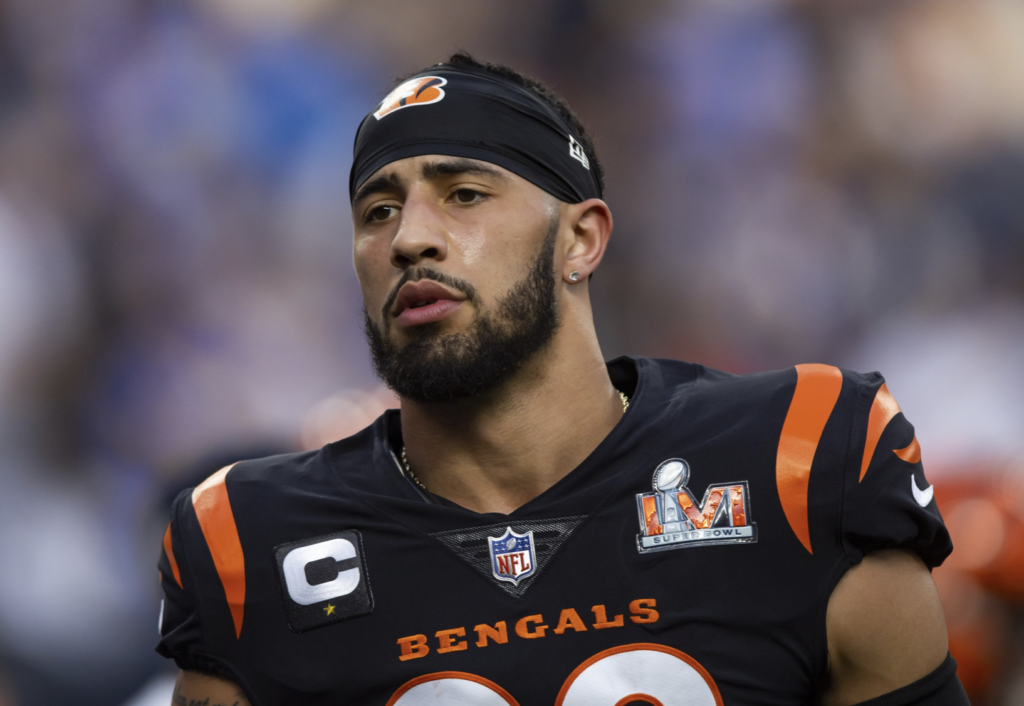 CINCINNATI — A lot of players heading into a contract year would have nothing to do with talking about what’s at stake for themselves or the team.

Jessie Bates is not one of those players.

The Bengals fifth-year safety isn’t about to shy away from the responsibility, obligation or expectation surrounding both his own future or that of his team. To Bates, this is just one big opportunity to show how much he can contribute to a winner.

“Yeah. Like I said in the press conference, it’s better going through it a second time because the first time you don’t know what to expect, emotionally-wise,” Bates said Thursday. “I feel good. I think I’m in a better head space than I was before. I think my preparation is going to be on a whole other level.”

A theme repeated over and over from coach Zac Taylor to defensive coordinator Lou Anarumo to teammates Vonn Bell and Mike Hilton is how well prepared Bates has been in getting back on the field with them in practice since returning on Aug. 23.

Bates has been educating younger players on the good natured competitiveness of the secondary and the inspirational celebration dance ‘Money on the floor’. He admits he still has to play catchup on celebratory handshakes after such big plays.

“Yeah. It was funny watching practices and film back in training camp, seeing how excited they get, instill some of the stuff we’ve always done, ‘Money on the floor’ and stuff like that, thinking about what our handshakes are going to be again this year,” Bates said.

“I think I’m a little behind on that,” Bates added. “I feel really excited. We’ve got a really good group of people. And we’ve got some of the younger guys that are coming along that’s going to contribute. It’s going to be fun. We’ve got to keep them up to speed on the ‘Money on the floor’ celebration and stuff like that.”

Bates, after a huge pass breakup that led to Vonn Bell’s interception in overtime against Kansas City and his interception in the Super Bowl, is confident he can be doing plenty of dancing himself this year, now that he’s back in a room where the vibes are strong heading into the season.

“Obviously, it gives you a lot of confidence to believe what you see, play a little faster, not second-guessing everything,” Bates said. “I got a fresh start. Hopefully, I can start hot and make plays and when that happens as a player, your confidence just continues to go up. They give me a lot of free way here to play in the middle of the field so, I might jump a few things here and there and I may have to get back on a few things. Just picking my poison, when to shoot my shot and when not to.”

Joe Mixon comes into this season with four new reasons to think this year could be his best yet. Even after posting career highs in rushing attempts (292), yards (1,205) and total touchdowns (16), Mixon felt he left a left a lot more out on the field that could’ve added to those totals, something offensive coordinator Brian Callahan alluded to when talking about the offense taking the next step with more explosive runs in 2022.

“He’s 1000% right,” Mixon told me. “We left a lot of yards out there. Everybody sees the splash plays and the yards, but I left 400 or 500 yards on the field and obviously about 10 touchdowns last year. If we clean certain things up from my end and probably one block away, that can turn into even more. We definitely can improve. That starts Week 1. It obviously starts in practice, it started in camp when we reported, I look forward to what the year brings.”

“Oh yeah. I’ve got very high expectations for those guys because they put it on themselves,” Mixon said. “The things that they tell me will stay between us. It’s a great feeling to know that you’ve got guys like that on your side. It’s definitely a great feeling and I look forward to seeing them on Sunday.”

Mixon is in his second straight season as a team captain. What does that mean to the Bengals back?

“It means a lot. Pretty much, you’ve got guys counting on you and basically being accountable to your teammates and being a vocal leader and leading by example,” Mixon said. “It’s a blessing to be able to be a captain for our team with everybody looking up to you, seeing how you’re going to respond to a lot of things. It’s a great feeling.

“Pretty much, I’m the guy that I’m the same every week. And that is don’t make the game bigger than what it is. But obviously, it’s an AFC North showdown. We know what that’s about. But at the same time, I’m the guy that you come to work, get your work done. Come Sunday, you come in and play hard, play fast, play physical and play smart and that’s pretty much what the game’s gonna be.”

Jessie Bates is totally fine with the Bengals defense not getting the glory of offense. "Our job is to just get off the field." #RuleTheJungle pic.twitter.com/nYQov5Hoon

While Bates is not officially a team captain in 2022, his voice is always heard loud and clear in the locker room so when he says the defense is there to get off the field so the offense can do their thing, you know he means it.

“We don’t really pay much attention to it,” Bates said of the national focus on offense. “We know we have really good offensive players. This an offensive league. It’s OK we don’t get all the spotlight. Our job is just to get off the field no matter who does it. Just play defense as a whole and let our offense score points.

“I think we can be damn good, honestly. We talk about it as a group. How we’re good. How we got hot. I think being that every single play, being elite every single play, I think that’s the next step we have to get to. We’ve got really smart guys, people that know exactly what they’re doing and why they’re doing it. We’ll be a lot better this year.”

Jessie Bates and Joe Mixon were two of the three Bengals captains, along with Tyler Boyd, that stepped up to the podium last season after the team blew an 11-point lead in the final seven minutes and lost to the Jets, 34-31.

When Bates and Mixon speak their voices are heard throughout every corner of the locker room. That won’t change in 2022.