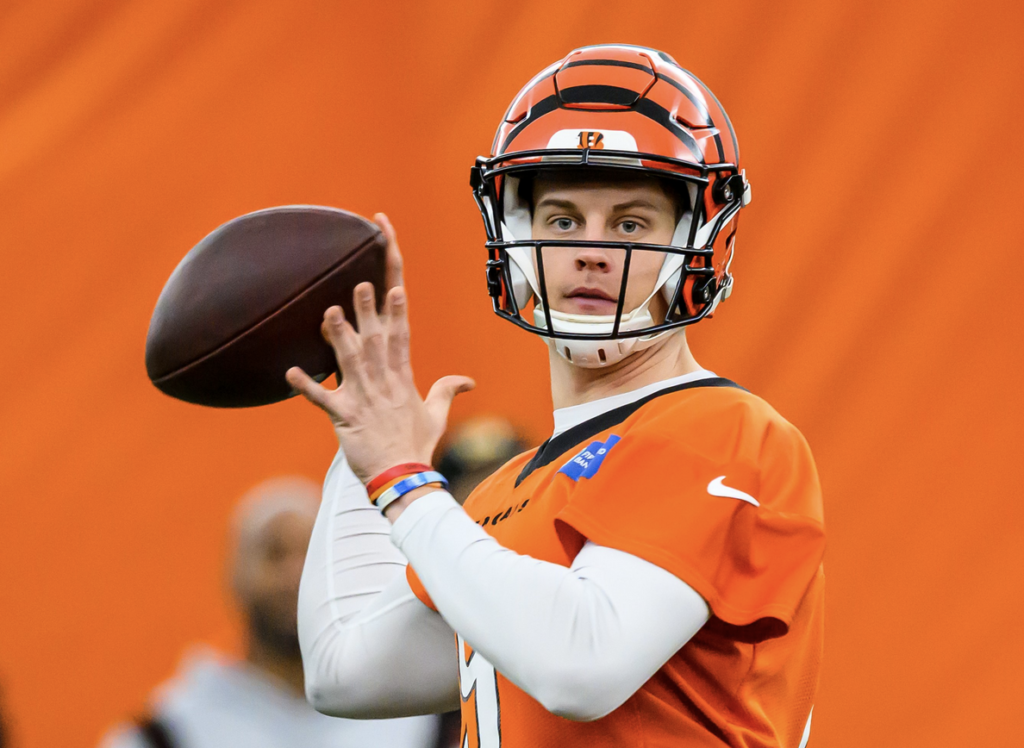 CINCINNATI — The Bengals have been built for the postseason with players who don’t shrink when they get there.

What makes the last two seasons so special is the Bengals have a goldmine of players in a locker room that love being around each other, work when it’s time to work and play (ping pong and cornhole) when it’s time to play.

While a lot of teams have this kind of camaraderie, few have displayed the ability to carry it over to the field when the games get bigger and bigger at the end of the season.

Now, the stakes couldn’t be higher. Have one bad day or even off day, and you’re making offseason plans. This Bengals team has definite championship aspirations after coming within 90 seconds of hoisting the Vince Lombardi trophy last February.

But instead of sensing pressure, the vibe in and around the team is that of business as usual. The moment never gets too big for them and the players never make the moment bigger than life.

What is it about this 12-4 team that makes it so good at handling pressure situations in do-or-die games?

“They’re talented. They put in the work, and they know that’s generally equals a great shot at success when we’re prepared for the moment,” head coach Zac Taylor told me. “We’ve got the talent, the room to do it, whether it’s themselves or those around them. They get on the big stage and it’s never too big for them. They’re always relaxed, confident, loose.

“I never have felt this team be uptight one day in the last two years, never felt that and it makes me incredibly calm on game day. Sure, there’s anxiousness as the week goes for me, are we you know, we gotta get all things prepared, but standing on the sidelines or game I’ve not yet felt like ‘oh, man, are we ready for this?’ It’s I’ve always felt like guys are gonna step up.”

There’s an expression among football coaches: Practice execution leads to game reality. No one adheres to this more than Bengals quarterback Joe Burrow.

“I prepare really hard,” said Burrow. “I work really hard. At the end of those games, you accumulate reps throughout the game against the defense and, at that point, you kind of know what you’re going to get late in the game. They’re not going to get a ton of stoppages except maybe a blitz here or there. So, you should be playing your best at the end of the game.”

While much has been rightfully written and said about Joe Burrow and his ability to lead calmly in rough waters, his counterpart on defense is someone who doesn’t get a lot of headlines because of the nature of the position he plays and the way he plays it.

DJ Reader was brought to Cincinnati in 2020 to anchor the defensive line and transform the group into a centerpiece of Lou Anarumo’s defense. Reader signed a four-year, $53 million deal before the 2020 season. The impact he’s made on the defensive line has made the deal a bargain.

Bengals DLINE getting after it Thursday with Marion Hobby featuring DJ Reader and Sam Hubbard pic.twitter.com/HBa6sHg7b1

The leadership he’s provided to everyone along the defensive line has made director of personnel Duke Tobin look like a genius. Certain, Zac Taylor has enjoyed Reader’s impact on and off the field.

“I think DJ is a great example,” Taylor said of Reader’s calm in big playoff moments. “I always feel that from DJ. I won’t give specific examples, but I’ve always felt that from DJ. Even if there has been a moment the last two years where I’ve thought something (about players needing to get in line), he’s always pretty on top of it and ready to snap people back into place.”

That’s what makes Burrow and Reader great at what they do in big moments. They command not only performance but discipline. And if there’s one thing that can draw a line in the sand between winning and losing in the playoffs it’s how well players stick to the game plan under pressure, play with discipline and know their assignments.

“With the team and the talent, especially with our offense and defense, we shine under the brightest lights,” Joe Mixon told me. “When the lights get bigger, we shine brighter. I feel like come Sunday night, prime time, everybody is going to be watching. It’s going to be a prime example for us to go out there and handle what we have to do. We’re not going to make the game bigger than it is. Everybody knows what’s at stake. We know them. They know us and we’re going to go out there and do whatever we can to get that dub. That’s what it is.”

“You feel unbeatable all the time… then you get humbled…” Joe Burrow Bengals pic.twitter.com/WFPO5E7PRK

Only Clark Harris and Kevin Huber, both inactive to start the playoffs, remember the days when the Bengals would make the playoffs and occasionally earn a home game as division winner (2005, ’09, ’13, ’15). But the criticism of those teams is that they would crumble in the big moments and let a playoff opportunity slip away. That stigma certainly dissipated some last year with a run to the Super Bowl.

Now the challenge is to build and grow the new brand of Bengals in the playoffs, highlighted by the team’s #RuleTheJungle and #RuleThePlayoffs marketing slogans. There’s no need for pep talks heading into the playoffs. Everyone in the locker room is a trusted professional and knows what’s at stake once the game is kicked off at 8:15 Sunday night.

“We don’t really have those discussions,” Burrow said. “I trust those guys to do the work they need to do to go out there and perform on Sundays. We’ve never had any issues at that. Guys take care of their business. Their bodies, their minds, studying the playbook, we get our reps through practice. We talk through them on the field. Sometimes if you’re talking in the locker room, you mention something here or there. And everyone has trust in each other in that way in there to say what needs to be said. But, also, everyone knows they’re going about their business.”

Burrow raised eyebrows last Sunday after the 27-16 win over the Ravens when he declared that his championship window is his whole career. Burrow isn’t being cocky. He’s answering a straightforward question in a straightforward manner.

“That’s why you prepare and that’s why you practice all week, and I think you have to have that mindset as a quarterback in this league if you want to be really successful,” Burrow explained. “You can’t go out there scared in the moment. You have to be a little arrogant to go out there in that moment and make plays you need to make and so that’s really something I’ve thought a lot about and something that I try to do.”

None of the Bengals are scared of any moment that presents itself in the one-and-done terrain of the postseason. That’s why it’s right to have confidence in this group of Bengals that they can go wherever and whenever and believe they’ll win. They proved it last year in Tennessee and Kansas City, two of the toughest environments there are in the AFC. They’ve done it twice in Pittsburgh over the last two seasons. They beat Tom Brady on the road. They beat the Patriots on the road.

That will come in handy because if they win Sunday night, they’ll likely have to beat Buffalo and Kansas City on the road to get back to the Super Bowl.

Then there’s this nugget from Tee Higgins about what makes Tyler Boyd such a great leader in the locker room.

“He’s been taking crazy hits. Even though he didn’t get 1,000 (yards receiving) like he wanted, he still stuck in there and being the leader he is, helped me and Chase when we weren’t having good days,” Higgins said. “Coming into practice, he lifted us up and just being the leader, teammate and brother that he always is.”

Playoff games are usually won by the teams that can identify which players can be counted on in the biggest moments. The Bengals are blessed to have many such players who have demonstrated that clutch factor already. Players like Evan McPherson, Jessie Bates, Vonn Bell, Germaine Pratt, Ja’Marr Chase, Tee Higgins, Tyler Boyd, Trent Taylor, Trenton Irwin and Hayden Hurst will be ready again Sunday night to help the likes of Burrow and Reader begin on another path they hope ends in Glendale on Feb. 12.