Bengals Beat: Joe Mixon Just Wants To Punish Defenses And ‘Make Them Pay’ For Tackling Him

Mixon believes now is the time to set the tone for rest of the season. 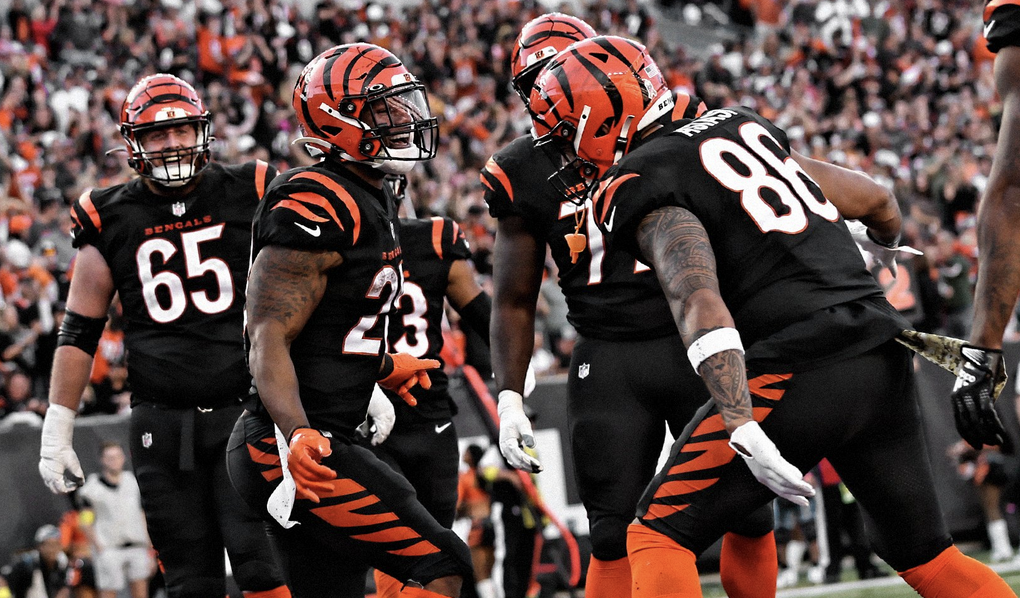 CINCINNATI — So much of running the football at this time of year is about attitude.

And Joe Mixon has the attitude that he wants to punish opponents who try to tackle him. And heading into Sunday’s game in Pittsburgh, where the temperature is expected in the upper 20s by kickoff with wind chill in the teens, Mixon believes now is an ideal time to establish that attitude.

“I don’t really care about playing in cold conditions,” Mixon said. “I feel like that’s on the defense. At that point, it’s all about will and want to. If they don’t want tackle, it’s on them. Make them pay. Do whatever you can to make them pay. We want to be a balanced offense. I feel like in this type of time, like right now, November, December, January, this would be a great time to establish that.”

On his way to a career-best 1,205 yards rushing last season, Mixon had the best two-game stretch of his career coming out of the bye, rushing for 123 and 165 yards against the Raiders and Steelers, respectively, in a pair of wins. Those numbers fell off the in the final five games but Mixon believes with the offensive line he’s running behind this year, that could change.

History would suggest this weekend could be big for Mixon. In nine previous games against the Steelers, Mixon has 729 yards and three touchdowns, averaging 5.06 yards each time he totes the ball.

Don't worry about division yet, Bengals Joe Mixon says winning Sunday vs. Steelers is the No. 1 goal. pic.twitter.com/8SdtlBT5oY

Against Carolina, Mixon had an epic day with four rushing TDs, one receiving and 153 yards rushing. With Ted Karras, Cordell Volson and Alex Cappa anchoring the middle and La’el Collins and Jonah Williams helping to create seams on the edge, Mixon believes he could be on the way to another special run.

“There’s definitely chemistry, but it’s also a work in progress as well,” Mixon said. “Those guys work their ass off each and every day. Once you really get to know guys like that and everybody being on the same page like that, that’s when things start clicking and hopefully big games come.

“I feel like by us getting in sync with the the linemen, I feel like we’ve been reaping the benefit. Everybody’s on the same page and in tune with the timing .I feel like everything’s been working great. If we can build on top of that, that would be great for all of us.”

In Week 1, with the offensive line very much in its infancy, Mixon still managed 82 yards on 27 carries. Sunday would be a good time for Mixon and the offensive line to apply that “make them pay” mentality as they look for their first AFC North win in four tries.

“(We’re) not playing our football. We went out there and teams created turnovers or we’re not playing our game of football,” Mixon said of the losses against Pittsburgh, Baltimore and Cleveland. “We have to play our style of football, take care of the football. Defense has to create turnovers. As long as we play complementary football we’ll be in great shape. As much as we want the whole AFC North we have to start with the Steelers.”

.@Joe_MainMixon shares his thoughts on his record-breaking game and the bond between him and his teammates.

Behind The Stripes | @Tostitos pic.twitter.com/KmT20YSTpb

Winning in the AFC North in the cold weather is a mentality. It’s mind over matter. If you don’t mind the cold, it won’t matter.

“Love it. When the ball touches my hand I’ll make the most of it,” promised Mixon, who said he doesn’t worry about layering up in 20-degree weather.

“Never an extra layer. It’s really in your mind. If you think it’s cold, it’s cold. I feel like for, us especially me as a running back, what I do in September and October I do the same thing in November, December, January and hopefully February. The cold doesn’t faze me, to be honest we thrive on that stuff. In these cold games, people don’t want to tackle. You’ve got to make them pay. I definitely look forward to that.

“I played at Oklahoma. It snows more than here. At least when I was there. I probably had different layers in college, but now in the league, nah. (I’m) playing with grown ass men. I’m here to have my presence be known, too.”