Anarumo says his DBs get their "smoke breaks" on the field. Frank Pollack defends his offensive line. 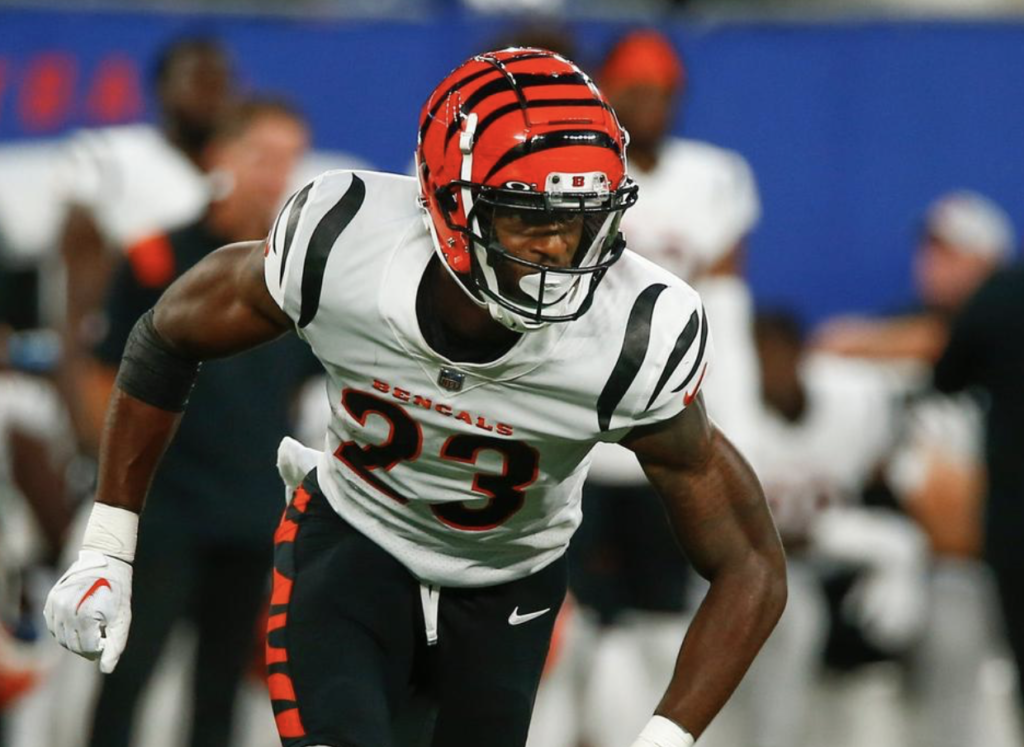 CINCINNATI — Smoke breaks used to be common in the workplace.

And while the metaphor employed by Bengals defensive coordinator Lou Anarumo might have been ripped from the 1970s, his point about subbing out players on his defense hit home Wednesday.

Anarumo pointed out that it’s still very common for defensive linemen and linebackers. But his defensive backs? They have to get their breaks while still on the field, at least when he employs a two-safety high look to his defense, where the safeties can help out the corners in various parts of the secondary so the corners aren’t responsible for running all over.

“Everybody still runs some kind of two-high, or Tampa at some point. We do it, we’ve been doing it out of different looks and different ways. I call it a ‘smoke break’ for the corners, because they’re not chasing guys around,” Anarumo explained. “Sometimes when they’re playing a lot of plays, they need a smoke break. And they appreciate that, trust me. But it’s effective coverage when used at the right time, in the right way.

“Some games, you won’t use it at all. I think it’s been around, just maybe not as many teams, the Tampa Bay’s winning the Super Bowl playing Tampa 2 and 3 Buzz and different things like that. Not too many teams do that anymore.”

There was some conjecture in the spring and summer, especially when Jessie Bates was absent, that rookie Dax Hill could immediately step in and help take some of the load off. When Bates arrived, there was still some thought that Hill could give Bates a break. Anarumo quickly and firmly dispelled that theory Wednesday.

“No, (Bates) does not need that at all,” Anarumo said. “He’s good. D linemen rotate, as everybody knows. Linebackers can rotate. I’ve been doing this for 30 years, I’ve never rotated a corner or a safety in my life. And I never will. The starters are the starters for a reason. And there’s usually good reason. That kid will get in when I feel it’s the right time, the right place, in the right role, in the right game. And that’s how that’s gonna go.”

That kid Hill played only six defensive snaps in Week 1 and two snaps against Dallas in Week 2. Why so many snaps for the starters?

“Because those guys are the best guys and you don’t mess with corners and DBs,” Anarumo replied. “I don’t want to get mad. That (secondary) is my baby. The DBs right? I always say the shortstop, second baseman, if I just flip you the ball because I know the guy’s going to be there without even looking. That stuff takes time. The communication. Plays (with) high-level pass offs during a play, where guys are communicating. These young guys have no idea what that’s all about. So, they can slowly and surely get into it and see it.

“I had Xavien Howard as a rookie (in Miami), okay, and the first few games, not so good. Okay. It took until about Week 14 before he became Xavien Howard. And I think he’s one of, if not the best corner in the league. It takes time for those guys. So the fact that Dax and Cam’s coming back off the injury, the fact that they have time to not get beat in a game and lose some confidence. Because soon as you put those guys out there too fast and those guys get rattled, it’s a problem, it’s a problem.

“Nobody sees the three technique get out of his gap and give up a B-gap run. Nobody sees the linebackers shed the block the wrong way. Everybody in the stadium, eighty thousand, and fifteen million people (on TV) and everybody thinks they know that the corner gave up the play or the safety took the wrong angle. So, confidence for those guys is huge and when you have a tight-knit group like we have, there’s absolutely no reason to screw up that chemistry.”

Not that the defense has been the weak link in two losses, but Anarumo still expects great leadership from captains DJ Reader, Vonn Bell and Sam Hubbard as the Bengals seek their first win against the Jets.

“They know the urgency of being in a hole like this and starting out the season like this,” Anarumo said. “They listen to all (criticism), but they’re also a confident group and they believe in each other and they believe in what we’re doing. We didn’t get to the Super Bowl because we just got lucky and they have that belief in themselves that they can shake off any little bad spell and move on.

“I think that’s more where we’re at as opposed to panicking and doing something different. Those guys’ message has been terrific and that was kind of my message to them this morning when they first got back. Let’s go to New York, play our game and everything will be fine. Don’t panic. I think that’s the kind of message they’re filtering throughout the locker room.”

Joe Burrow made it perfectly clear that he’s not worried about his team responding this weekend, despite two three-point losses that have left Bengals fans wondering about a typical Super Bowl loser’s hangover.

“It’s frustrating for me, overall,” Burrow said. “Not just that but myself. Everyone is frustrated but like I said we’re not panicking, two games in. We got 15 games left. Let’s all just take a deep breath and relax. We’re gonna be fine. We’re not worried about it.”

“He sees it for what it is,” Zac Taylor said of Burrow’s comments. “It’s easy for us to all understand that. It’s easy to sit up here and feel that questioning after two games. You sense panic from others. That’s just not what’s happening for us. Sometimes that’s just the easiest thing to say. To tell everyone to clam down, we are OK, we are a good football team. We will get to where we need to be and it’s just about about having a great Wednesday. Our focus on today, having tremendous energy, understanding the plan, asking questions of the plan. Going out there and having the best Wednesday we can possibly have to put ourself in a great position to have a great Thursday and continue to piggyback on that. Gain some momentum, find our first wind and take a deep breathe and get the ball rolling.”

Zac Taylor wants his team to use the expectations following a Super Bowl appearance as motivation in the midst of an 0-2 start.

“Sure, and that’s a great thing. We’ve been begging for expectations,” Taylor said.”We’ve been begging for high standards and now they’re here. And this is part of it. When you start out slower than what you hoped and what people anticipated, then you’re going to deal with that. I love it. I love the amount of people that are in this room right now. That’s great. I love that fans in this city expect more, I would hope. That’s awesome. And now it’s just our job to continue to put our head down and not worry about all the things you deal with in the line of questioning or whatever when you’re out (in public), which as coaches we’re not out but I’m sure the players deal with it. Just focusing on what you can control. That’s all that matters and at the end of the day, we know that we have a good football team and that we’re going to get back on track. And we’ll be in good shape and everyone can relax.”

La'el Collins not at practice today for Bengals Was spotted in locker room. pic.twitter.com/Oo3x2AwDmt

The one area that Frank Pollack sees growth in is the physicality of the offensive line. The Bengals acquired the likes of Ted Karras and Alex Cappa to be more physical. So far, Pollack likes what he sees.

“I do like the physicality,” Pollack said. “That shows up. That’s been shown up from the very get-go. I’ve liked that a lot. That’s been good, so.”

"I like the way we're trending" Bengals offensive line coach Frank Pollack on his group. pic.twitter.com/QX4AEtvigT

La’el Collins attended the team’s walkthrough Wednesday but did not appear at practice, out with a back issue. Collins missed the start of training camp with a back issue and landed on the NFI list. Pollack had Collins’ back in a matter of speaking Wednesday when he refused to throw his right tackle under the bus for the many pressures on Joe Burrow that have come from Collins’ side.

“I would say I’m not getting what we need from everybody so far,” Pollack said. “This is not just about LC. This is about us as a unit and all of us need to give more, do more, be more. All those.”