Bengals Beat: Lou Anarumo ‘Super Happy’ With Way His Defense Goes About Business: ‘Proud To Be Their Coach’ 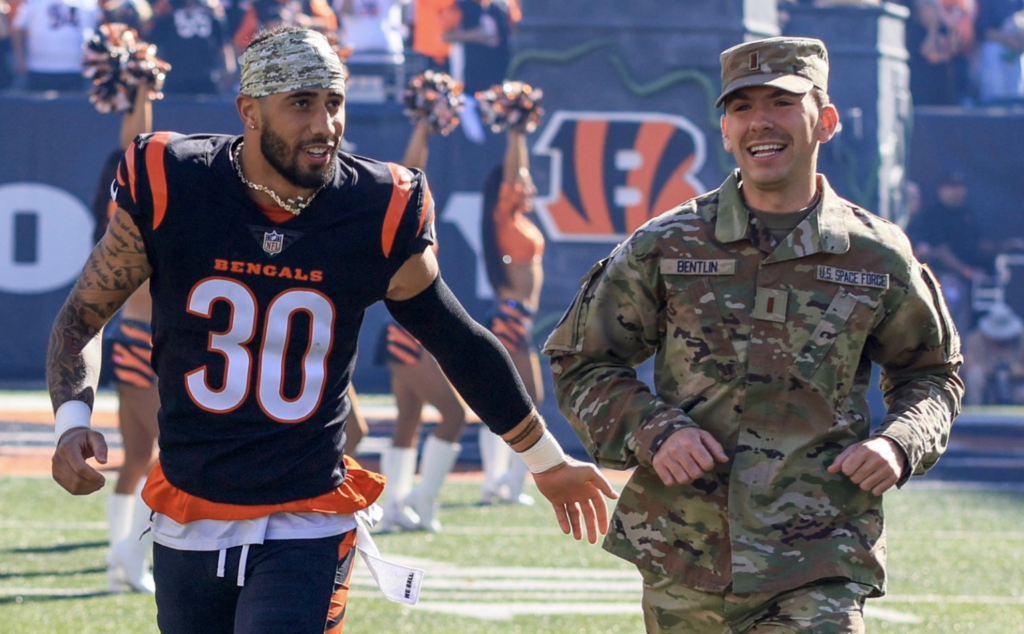 CINCINNATI — While the long healing process has just begun for Bengals star corner Chido Awuzie, the Bengals still have a secondary charged with shutting down opposing offenses.

And based on what Bengals defensive coordinator Lou Anarumo has seen over the first two practices this week, he likes their chances to meet the challenges opposing offenses will present. What he saw in terms of communication during Thursday’s full pads practice in the cold really left an impression on the fourth year defensive coordinator, who was a touch under the weather himself.

“I’m just pleased with the way we go about every day,” said Anarumo. “The process, I know that sounds boring but I felt like (Wednesday and Thursday) have been some of our better practices since we’ve been here. The energy (Thursday) at practice, the way they were talking, the way they were flying around, the way they were communicating, I was proud to be their coach.”

This defense, with likes of Eli Apple and rookie Cam Taylor-Britt at the corners, will face Kenny Pickett this weekend in Pittsburgh. But then the competition picks up. Ryan Tannehill, Patrick Mahomes, Deshaun Watson, Tom Brady, Mac Jones, Josh Allen and Lamar Jackson. There’s no question that this Bengals secondary will have plenty of chances to make their defensive coordinator even prouder.

“I am (proud) every day,” Anarumo added. “But they they were problem solving out there (Thursday). It’s a big day. It’s first, second down review. It’s third down and a run that again. We need that again. I have to say and again, I think practice correlates to the games and so I hope it will this weekend. But I’m super happy with the way we go about our business here and that leads to playing what you do.”

It’s interesting Anarumo chose to talk about that element of the defense from practice Thursday. Before practice, I asked Jessie Bates what it will take to ensure the secondary doesn’t take a major hit with the loss of Chido Awuzie to a torn ACL, an ACL that surgically repaired on Wednesday.

Jessie Bates has a theory why Kenny Pickett has replaced Mitch Trubisky as Steelers QB. "Hopefully we can go in there how we did last year and whoop up on them a little bit." pic.twitter.com/WXgTBQ9fdb

“I think preparation is the biggest thing of being able to maintain that level of execution that we’ve been able to do. I think with our coaches and the leaders of this defense, me and Vonn (Bell) have to make sure everyone’s on the same page, make sure we’re all seeing things through the same lens because it’s hard to replace I think a top five corner in this league, not just physically but mentally, keeping guys calm, asking questions in the meeting room and stuff like that.

“With him having surgery (Wednesday), we felt for him. Just sent him a lot of prayers, knowing that he’s not alone. It’s Day 1 of the recovery for Chidobe, so we’re excited for that.”

Those sentiments of communication were echoed by Anarumo after practice.

“As soon as they came in, as soon as Vonn got here, it took a little bit of time because they didn’t know each other and played with each other going back to 2020,” Anarumo said. “But you could see the beginning of that even though we weren’t as good as we needed to be. You could see those guys starting to formulate that bond that you knew someday would be able to kind of be what it is now. And they just are a calming influence when you have to play with a rookie corner where I know that they’ll get him in the right spot, and can count and trust that they can kind of calm things down.

“So we’re blessed to have those two for sure. I’ll tell Logan (Wilson) to tell Vonn and we tell others (on defense). “So I always try to do that but yeah constantly on those guys about making sure that they take care of the guys in front of them because that’s that’s part of their job and they do they do they do it well overall.”