Bengals Beat: Meet Joe Burrow’s Favorite Joe ‘The One That Throws for 530 Yards’ 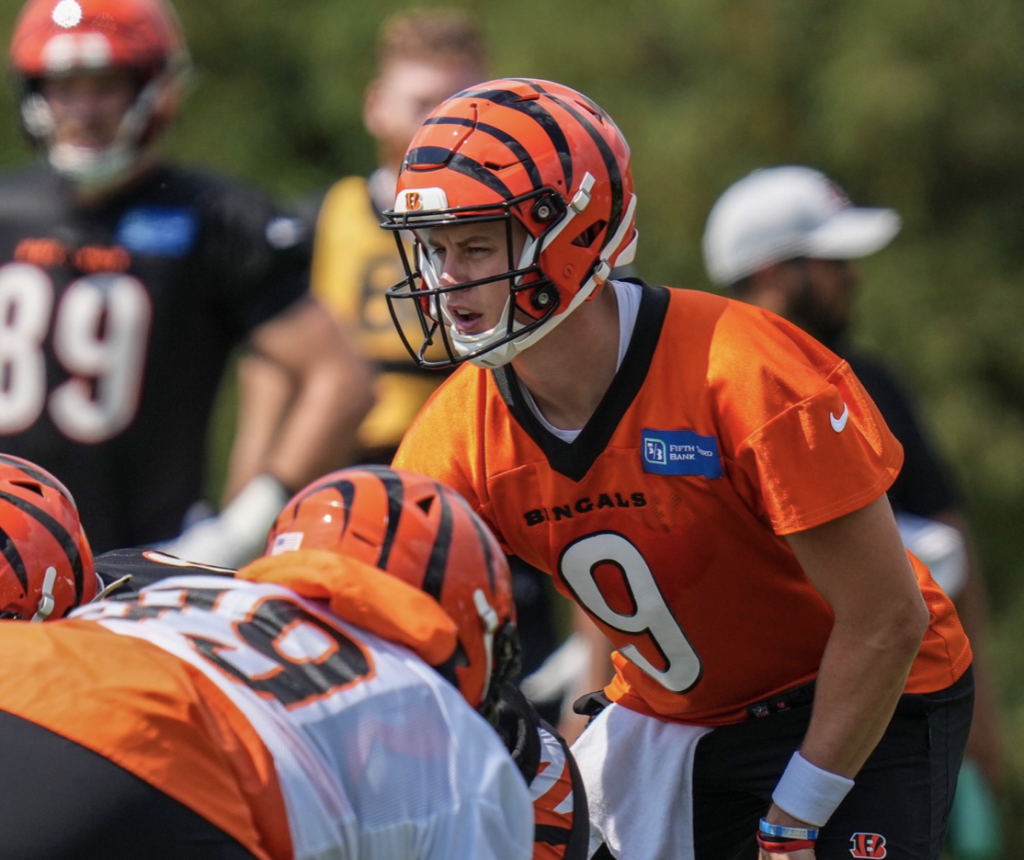 CINCINNATI — The true mark of a winning and successful NFL quarterback is found in those that forget about the statistics and do whatever it takes that game to win.

That, in a nutshell, is what makes Joe Burrow so special.

Burrow, like Tom Brady, Aaron Rodgers and Patrick Mahomes, has every capability of making fantasy owners everywhere thrilled by throwing for 400 to 500 yards a week with four touchdowns.

But, as we learned in the second half of 2021, that’s not what Burrow is about. What really led to the turnaround against teams like the Raiders, Broncos, Chiefs and Ravens was his ability to take care of the football.

Consider: In four of Cincinnati’s six losses with Burrow at the helm, the quarterback had multiple interceptions. In the 10 regular season wins, he had four total. In the team’s final eight regular season games, he had three total. Ball security is priority No. 1.

“I wouldn’t say there’s anything that helped spark it,” Burrow sa I think I started understanding what it takes to win in the league. Every game calls for a different Joe.

“If our defense is playing great, I gotta protect the ball, we gotta run the ball well, take the opportunities when they’re there, but don’t push anything. If they’re scoring on the other side of the ball, I might have to take some chances. If we’re not running the ball as well I might have to take some chances that normal I wouldn’t otherwise in a different game. Every game calls for something different.”

Of course, when ball security and accuracy come together, great things can happen. Like Dec. 26 against the Ravens, when he completed 37-of-46 passes for 525 yards and four touchdowns in the greatest game by a quarterback in the team’s 54-year history.

“It’s kinda the overall success of the team. If we’re losing, but I’m throwing for 500 yards it doesn’t matter and if we’re winning and I’m throwing for 150 than I’m doing my job. Whatever it takes to get the wins on the field, that’s success in my book.

“We had tons of games like that where maybe I throw for under 200 yards, but we end up coming out on top because we protected the ball and our defense was playing great. So every game calls for a different style,” Burrow said.

"Whatever it takes to get the wins on the field, that's success in my book." Joe Burrow #RuleTheJungle pic.twitter.com/MnG4OhA0qE

How long does it take for Burrow to figure out what Joe he has to be?

“About a quarter, little less sometimes. You can kinda tell.”

But don’t get Burrow wrong, he still loves putting up numbers, if it’s in a win like last year’s 41-21 laugher over the Ravens at PBS. Burrow was asked if there’s a ‘Joe’ that’s his favorite.

“The one that throws for 530 yards,” Burrow said with a laugh.

Right there with that Joe is a fully healthy Joe.Burrow said Wednesday he hinted that he’s just about 100 percent again after his appendectomy in the last week of July following a burst appendix.

“I’m feeling really good,” Burrow said. “Throwing it the way I want to throw it, hit all my speed numbers, feeling strong in the weight room. Feel really good.

“We’re excited to show the work we put in. We have a lot of hard working players that put in a lot of work throughout the offseason, improved their bodies, their minds, all of the above to go and play well this season, so I’m excited to show it.

Burrow was asked if he’s reached those “speed” benchmarks that indicate to him he’s ready.

What was that speed number?

“Good to go,” Burrow repeated with a grin.

Tee Higgins chose on Monday to keep the talk strictly about his return to the field and not about the personal issues he was dealing with away from football last week that forced him to miss several days of practice. Higgins returned Monday and was again on the practice field Wednesday.

“I know what we can get out of Tee,” Burrow said. “I’m not going to speak on his matters. But I know that since he’s been back and working hard, great guy to have in the locker room as always. So I’m sure he’s excited to get out there.”

I asked Burrow if he has any uncertainty about how all of his weapons, including Higgins, will mesh together this season. His response was a quick and decisive “No.” Burrow responded in the affirmative when asked if he has a pretty good sense going into 2022 of how each one will be used in the offense. That’s saying something considering a roster that has three elite receivers, an explosive running back and a talented pass-catching tight end with a major point to prove this season.

The quarterback and center have a close relationship on every NFL team. It’s no different with the Bengals superstar QB and his new center in 2022. Without playing a snap in preseason and having no snaps in Bengal stripes, Ted Karras was elected this week as one of three offensive captains, along with the two Joes. Burrow is all on board with the choice.

“He’s a vocal leader, brings the energy every day,” Burrow told me. “You know what you’re going to get out of him every day in practice and I expect I know what I’m going to get on Sundays.”

Joe Burrow was back at the Horseshoe Saturday to watch his first college team take on Notre Dame. He was on the sideline with lots of celebrities, including former OSU defensive star and Bengals edge Sam Hubbard. It’s easy to forget that before his transfer to LSU in 2018 and his title run in 2019, Burrow not only played for Ohio State but graduated from the school with a degree in consumer and family financial services.

“It’s fun to see everybody I played with,” Burrow said. “I spent three years there and had a lot of relationships with coaches that are still there, some of my best friends played there. It was good to see everyone.”