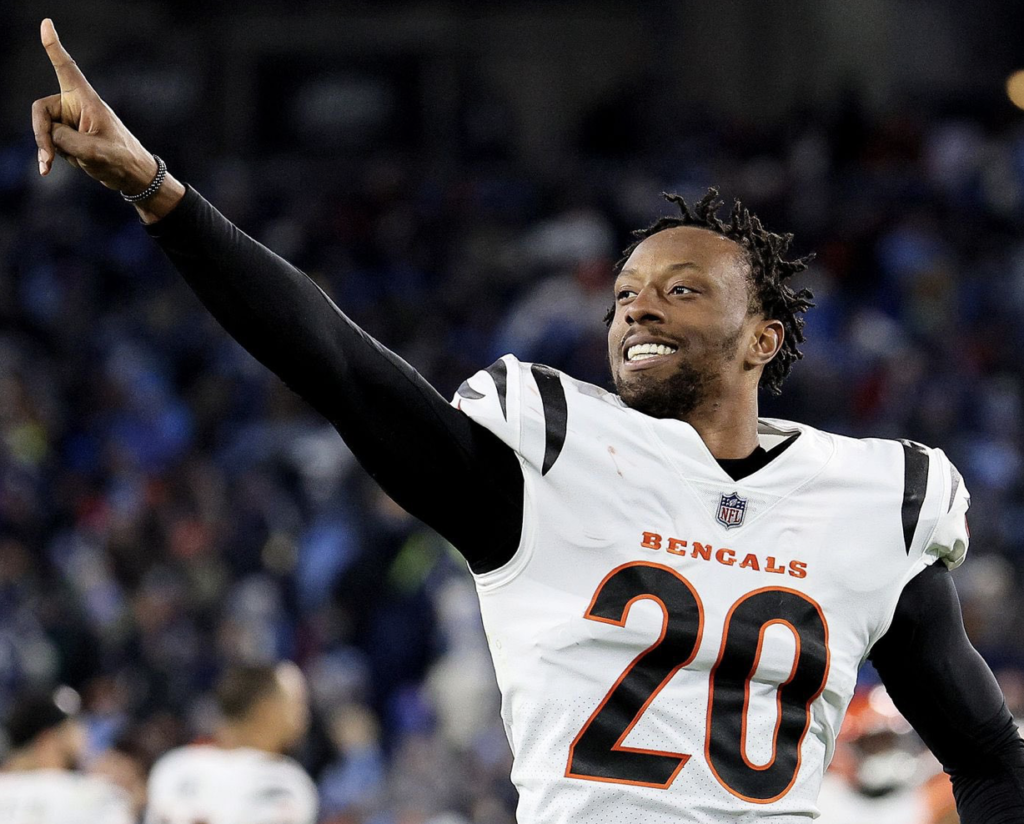 CINCINNATI — The Bengals don’t look at their second cornerback position as a problem of playing time. They view it as developing depth.

As we’ve already seen on the other side of the ball with Ja’Marr Chase and the wide receivers, stars go down with injuries. And when they do, you better have game-ready substitutes prepared to fill in.

The Bengals accounted for this in OTAs and spring practice when Mike Thomas and Stanley Morgan filled in for the rehabbing Tee Higgins. Both were called upon when Tee Higgins left the Steelers game with a head injury.

With Eli Apple doubtful with a hamstring issue, Cam-Taylor Britt is line to get his first NFL start Monday night against the Browns in Cleveland.

Defensive coordinator Lou Anarumo is looking for ways to get one player more exposure while trusting the other to handle his role without question.

When the Bengals raced out to a 21-0 lead last Sunday against Atlanta, Anarumo decided now was the time to get Taylor-Britt, the rookie out of Nebraska, some relevant game snaps in regular season action, something he didn’t even experience in the preseason.

When the Falcons entered the red zone, Apple re-entered the game at his customary left corner position.

Apple was still on the field with 35 seconds left in the first half when Damiere Byrd raced past him for a 75-yard touchdown.

“It was just a simple pick up for us in that coverage and they didn’t execute – Vonn (Bell) and Eli,” Anarumo said. “We had planned on playing Cam and getting his feet wet. Injuries, things are going to come up during the season so we had that plan going in and then I just felt like the game was in hand. He didn’t do anything in preseason, so as many reps as he can get will help him and us as we go down the stretch.”

Apple was also on the field at the end of the first half in New Orleans when he allowed a pair of third-down conversions as the Saints put another field goal on the board before the half. But his coach insists that Apple has done well overall.

“Done well. So far, so good,” Anarumo said. “This is the NFL. Every corner gives up plays. Go look at all of them. The best. Show me one that didn’t and I’ll show you a corner that has. It’s a tough league when you’re playing DB and they’re all going to get beat at some point. It’s just how they respond, so that’s what’s important.”

That’s where Apple’s strength truly lies. He is the most forgetful defensive back on the field. He has proven over his time with the Bengals to be able to put big offensive plays behind him almost immediately and play well the rest of the game.

Take New Orleans for example. He gave up those two plays before the half and then allowed next to nothing in the second half. Apple has been one big reason the Bengals have not allowed a second-half touchdown all season.

So is there an open competition between the seventh-year vet on a one-year, $1.9 million prove-it deal and the second-round rookie out of Nebraska?

“No, we’re just going like we do every position going through the week and those guys, I expect them both to play,” Anarumo said. “I don’t see anything different. I want to keep getting Cam reps. That was the plan this week and that will be the plan next week and we’ll go from there.”

That decision might be taken out of Anarumo’s hands this week as Apple is dealing with a hamstring issue and Zac Taylor said Friday that he is a wait-and-see proposition for Monday night in Cleveland.

If Taylor-Britt emerges Monday in Cleveland, could Apple be a trade chip for a receiver at Tuesday’s 4 p.m. ET deadline?

Probably not but if Taylor-Britt and fellow rookie Dax Hill, have shown enough to Anarumo and Zac Taylor, a trade is not something that would be cast aside casually. It should also be noted that every time Taylor and Anarumo were asked about Taylor-Britt after Sunday’s game, they noted that he was not thrown at very much.

"It happened fast… time to go get it." Cam Taylor-Britt on his first game as an NFL corner #Bengals pic.twitter.com/35VGNEUJKv

The relationship between Apple and Anarumo is well documented. Anarumo has always had Apple’s back. Arguably, it’s what got Apple through last year when he was filling in for the injured Trae Waynes, offering the Bengals reliability in the secondary when they desperately needed it.

The biggest question now is how Apple – assuming he’s part of the plan for the remainder of the season, handles splitting playing time with the rookie.

“I thought he handled it fine,” Anarumo said. “He knew going in Cam was going to get some snaps. I think he’ll be fine, but we’ll see how it goes.”

Apple’s talent is well-respected in the locker room. If it’s not on social media, Apple is not inclined to say much about his game.

The dynamic in the Bengals secondary between Apple and Taylor-Britt will be fascinating watch as long as both players are in the picture.