Rodgers' numbers are down but the Packers wouldn't be 3-1 without him. 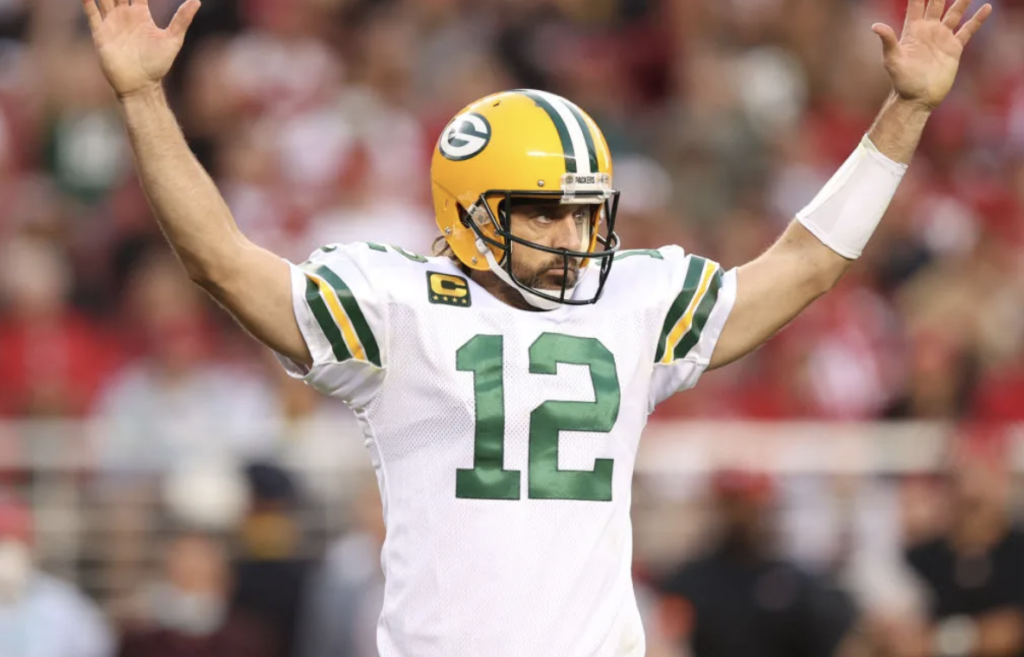 CINCINNATI – Lou Anarumo is about to see just how far his revamped defense has come.

In a season that has featured two pivotal, game-defining plays, the Bengals are about to take on a quarterback destined for the Hall of Fame who is at the top of his game. And the defensive coordinator is calling upon all his defensive principles to scheme the best possible plan.

Yes, the Bengals shut down Ben Roethlisberger in Week 3 in Pittsburgh, but Big Ben is clearly on his last legs and not the agile, gunslinger he used to be.

They beat Kirk Cousins in Week 1 by bottling up Dalvin Cook effectively. They barely hung on to stop rookie Trevor Lawrence in the Week 4 opener.

But this Sunday at Paul Brown Stadium, it’s a whole different beast. Aaron Rodgers and the plethora of weapons he brings will test the limits of a Bengal defense that should be at full strength for the first time since taking the field against Tom Brady in the preseason opener.

Through four weeks, the Bengals rank seventh in the NFL in overall defense in terms of yards allowed at 323 yards/game. They’re ninth in rushing defense at just over 93 yards/game. They’re fifth in yards per pass play at 5.88. The Packers, with Rodgers, are only 24th in the NFL at 225 yards per game. But it’s Aaron Rodgers. And anyone who watched the end of the Sunday night game in San Francisco knows that it’s not how much but when with Rodgers.

After an offseason of discontent and uncertainty, Rodgers is back and as clutch as ever. The Bengals defense has been defined primarily by two plays – the forced fumble of Dalvin Cook in overtime and the goal-line stand before the half against Jaguars.

Chidobe Awuzie and Trae Waynes are the starting corners, assuming Waynes’ hamstring holds up after showing up limited in Thursday practice.

Jesse Bates III eagerly returns from a neck injury suffered when he made a violent tackle in the win over the Steelers.

“It’s always good to have our starters out there, Jessie included with his experience calming things down when things might not go exactly how you want it but by the same token, having a feel of what to expect,” Anarumo said. “So yeah, it’s definitely good to have him back and it will help us in this situation.”

“He’s obviously one of the best players that we’ve ever seen in this league,” Bates said. “So, I was talking, we always have conversations with my family and friends. If I get an interception, I got to walk up to him and say, ‘Hey, can I get your autograph?’ Hopefully I can make that happen.”

To make that happen, Bates and the Bengals must tease Rodgers enough to throw into a trap, which is almost never the case with a veteran quarterback of Rodgers’ experience and talent. Rodgers, however, is not afraid to throw into tight windows, especially to receivers he trusts like Davante Adams, who has caught 31 passes on 45 targets already this season, second in the NFL.

“It is up there, for sure,” Anarumo said of the remarkable chemistry between the QB and star WR. “Some of the throws he makes, you just shake your head, and go get another cup of coffee and then watch it again and (the receiver) catches it again. It doesn’t ever stop. It is (as good as there is), quite honestly. The ball placement is always where it needs to be. I think Davante Adams was a rookie the last time I played him in 2014, I believe it was his rookie year. Randall Cobb was still there, cooking with gas. So, the ball placement by Rodgers is unbelievable.

“You’ve just got to know if you’re on a guy, he’s never covered because the ball could be coming even when you’re all over him. So, never relax and always think the ball is coming, especially if you’re on (No.) 17. (Rodgers) likes to find him all over the field.”

Fellow safety Ricardo Allen returns from a hand injury suffered in Week 1, a game in which he played a big role in helping to contain the Vikings potent passing attack.

The Bengals are going to need every last healthy body in this game playing at a high and cohesive level if they are going to keep Rodgers from lighting up the Paul Brown Stadium scoreboard.

And if you think you’re going to trick Rodgers all day, you’re going to lose at that game of poker. But to Anarumo that doesn’t mean you don’t pick your spots and try to catch him with something he’s not expecting.

“I think there’s a balance between the two,” Anarumo told me. “Even if you can get him a couple times in a game, that’s an advantage. We’re certainly going to do things that we have done and maybe put a little twist on it, but you can’t just say, ‘Yes, he’s this and he’s seen it all, but make him execute too.’ That’s been our message all week is make sure we don’t give them anything for free.

“They’ve gotta earn everything they get and they do that, but if you cut a guy loose or you give him a big run, then it makes it that much harder. Make him earn everything they get. That ball’s zipping by your ear and he catches it, that happens, but don’t turn anybody loose or anything like that. We’ve got to know where their star player’s at and take advantage of it.”

Many coaches, starting with New England’s Bill Belichick, have a long-standing suggestion to their defensive backs when defending quarterbacks like Aaron Rodgers. GTFB. Get The F*&$ Back. In other words, keep everything in front of you and make them earn every inch. Lou Anarumo is no different.

“The nice thing about the back-shoulder (throw) means you’re on top and you’re not giving him a deep go-ball,” Anarumo said. “So, you just play back into the guy. But the key point is, generally speaking, you don’t lose the game on back-shoulder throws. You lose the game if they run past you, and they get on top of you. It’s a read between the quarterback and the receiver. You don’t want to give up either but if I had my druthers, I’d pick the back shoulder and will contest it with our near hand.”

Lou Anarumo was in Miami in 2014 as the Dolphins’ defensive backs coach. The Dolphins were leading the Packers late, 24-20. Then Rodgers happened.

“We’re winning. I’m (coaching with) the Dolphins and we’re winning at Miami. We get a strip sack on a two-minute drive and we’re up four points and he’s got the ball,” Anarumo painfully recalled Thursday. “So, you’re a little nervous to begin with. So, we get a strip sack with about 45 seconds left and the ball is like right there. And if you would have told me Brent Grimes is there, the ball is there and nobody else is, I would say we’re going to win because Brent is a crazy athlete and he’ll just fall on it.

“Well, somehow their guard got it, moved the ball down the field, he gave us a fake spike type thing and we got out of position a little bit. He throws it to get closer and it’s first and goal with two seconds and throws an out-cut and we lose. There’s my horror story.”

That’s certainly a scary October story the Bengals have no intention of re-creating Sunday.