Bengals first-half offensive mediocrity has been alarming in 3-2 start. 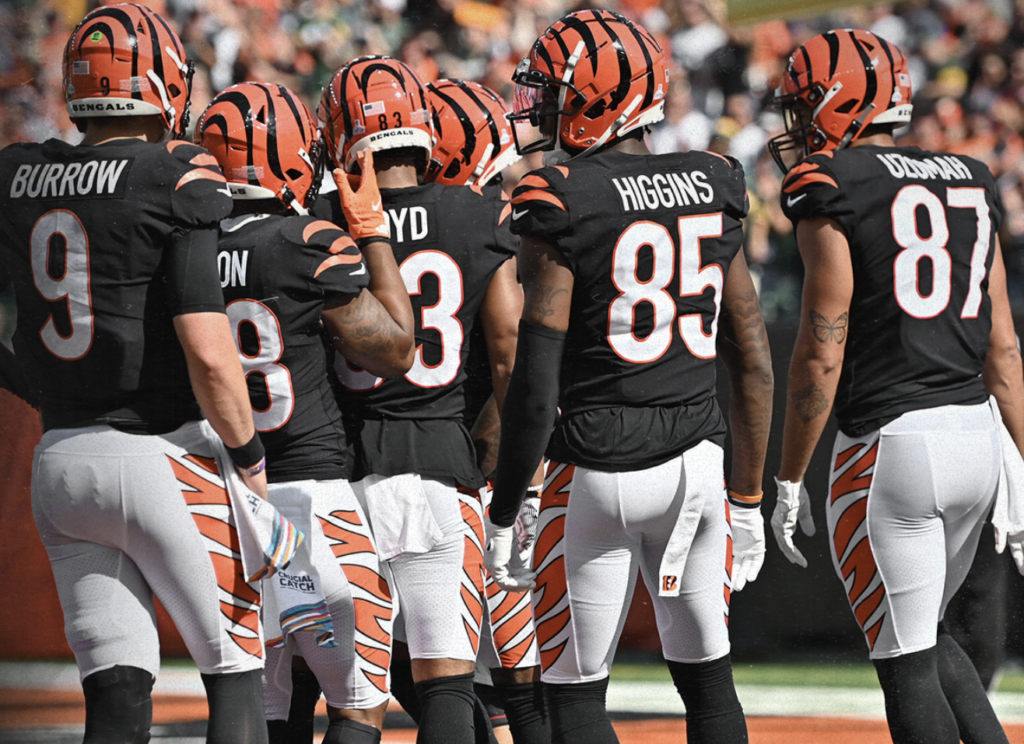 CINCINNATI – If the Bengals offense is to be taken seriously as one promised to put on a show, it’s time for the Bengals to get over their stage fright and start performing.

The numbers so far this season have been mediocre to say the least. And it really has to do with the offense’s inability to consistently put together drives in the first half of games.

The Bengals this year have scored 14, 0, 14, 0 and 14 respectively in the first 30 minutes of their first five games. The goose eggs came against Chicago and Jacksonville.

The stats suggest third down conversion might be a problem. They are converting just 37.3 percent of their chances, good for 11th in the AFC. Six of the 10 teams ahead of them have losing records, including the winless Jets. They are 23rd overall in that category in the NFL but still just 3.3 percent below the league average.

But a closer look reveals a more alarming stat defining the lack of explosiveness the Bengals have shown on third down. The Bengals have had third-and-5 – a reasonable down and distance – four times this season through five games. They haven’t converted one.

One run for three yards and three passes for a total of seven yards and not a single conversion. An offense with Joe Burrow, Joe Mixon and a trio of highly talented receivers and C.J. Uzomah as their tight end shouldn’t be struggling this badly to move the chains.

“Points per drive. Maximizing each possession and how many points we’re getting per drive,” Taylor said. “Our third down efficiency hasn’t been where it needs to be, particularly third-and-one to five. We’re pretty good on third and medium, continuing drives. So, on first and second down we’re putting ourselves in good position.”

THIS GAME IS NUTS. THERE'S NOTHING ELSE TO SAY.

The Bengals have had 57 drives through five games. They’ve scored 114 points. That’s exactly two points per drive. By comparison, the Bills are tops in the AFC at 2.9. The Bills came within two points Sunday night in Kansas City of scoring 40 or more points in three straight games and after losing at home to the Steelers on opening day, the Bills have scored at least 35 points in four straight wins.

If the Bengals want to approach that level of execution, with weapons they believe are equal or superior, then the offensive line needs to start moving people and performing better on the interior. Too many times Sunday against Green Bay, Burrow was unable to step up in the pocket and throw. He was sacked three times in the first half and felt the need to run for a first down and was nearly knocked out of the game (or longer), taking a hit late in the first half.

“Obviously, we want to get the first down on first and second down, that’s the easiest way to do it, but typically the offense has the advantage on third-and-one to five,” Taylor said. “We’ve put ourselves in those positions, particularly in the first half and haven’t taken advantage of them. And so that’s something we’ve got to analyze and make sure we’re putting our guys in the best position and executing.”

Yards gained isn’t always a true indicator but in this case it might be. The Bengals are averaging 333.3 yards per game. Only seven teams are worse in the NFL, including the 32nd-ranked Bears, who scored just one touchdown against the Bengals in their win over Cincinnati in Week 2.

“Again, getting those drives toward we’re getting more production out of the drive, get more plays, keep our defense off the field, we get the defense to wear down a little bit and we get more points per drive and can score more than the low 20s that we’re averaging through five games,” Taylor added.

Receivers also need to start winning one-on-one battles when others are double-teamed. Sunday, Tyler Boyd was double-teamed the entire first half and Ja’Marr Chase saw additional coverage after his first half 70-yard TD. Tee Higgins acknowledged Wednesday in addressing the lack of explosive plays from the Bengals.

“You never know what a team will do. But if I am the guy that has a lot of those 1-on-1s, I expect myself to go out there and win those 1-on-1 battles,” said Higgins, who has struggled with the left shoulder injury, the key fumble in Chicago and two big drops Sunday against Gree Bay. “The first game (vs. Minnesota) I had a really good game.

“The second game, I wouldn’t say I played that well. Obviously, the fumble. I think I had a drop that game as well. And then this past game, I had two drops. If I was to grade myself, I grade myself a ‘C’ right now. There’s definitely room for improvement and I plan on improving.”

On Sunday, the Bengals saw up close how much of a difference explosive plays have as Davante Adams had five catches of 20 yards or more in compiling 206 yards on 11 catches.

There’s no magic wand. The Bengals simply need to show they’re the kind of offense that can strike fear into defenses at any moment from anywhere on the field. That starts Sunday in Detroit with an 0-5 Lions team that is desperate to win for its first-year coach Dan Campbell.

Yes, the Lions will be hungry but it’s high time the Bengals show just as big of an appetite for offense. Bengal fans are desperate to see this offense finally reach its potential.