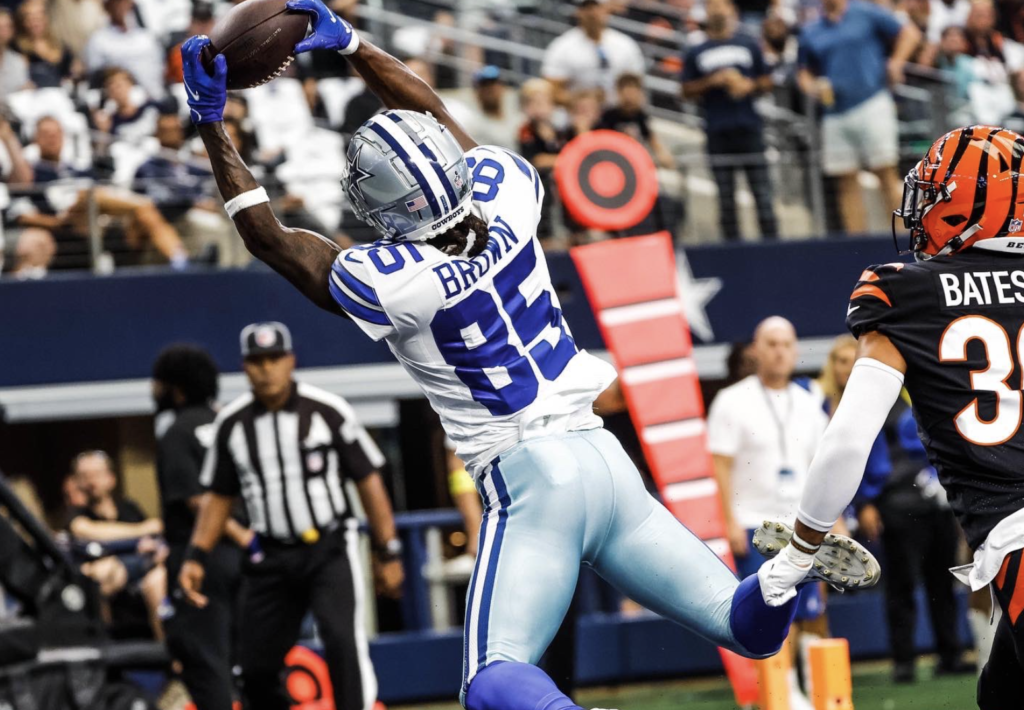 ARLINGTON, Texas — One bad game is an exception. Two games is a trend.

Brett Maher, a practice squad kicker, converted from 50 yards as time expired to lift the Dallas Cowboys over the Cincinnati Bengals, 20-17, Sunday before 92,944 at AT&T Stadium.

Joe Burrow found Tee Higgins from five yards out and Burrow then connected with Tyler Boyd on the two-point conversion to tie the game, 17-17, with 3:45 left in regulation.

In the first half, the offensive line was again porous and completely unable to provide any consistent protection for Joe Burrow. The quarterback looked uncomfortable and rushed most of the day. The run game was non-existent.

And like with the Steelers game in Week 1, the Bengals still had a chance a chance to tie the game in the fourth quarter.

The first quarter was yet another abject disaster for the Bengals.

On the first drive, their defense failed to get off the field on fourth down when Dallas head coach Mike McCarthy decided to go for it on 4th-and-2 from the Cowboys 44. The Bengals yielded a 17-yard reception over the middle to Noah Brown with Jessie Bates in coverage. The Bengals then allowed the Cowboys to march down the field and score the first touchdown, a scramble by Cooper Rush, who found Brown on a crosser in the end zone to beat Bates for the touchdown.

On Dallas’ second drive, the Bengals had the Cowboys backed up third-and-10 from their 25 and allowed Brown again to get open, this time beating Apple for 28 yards. Then, on a screen pass to Tony Pollard, the running back got the edge and ran 52 yards to the Cincinnati 1, a play that was initially ruled a touchdown. But after replay gave them a brief reprieve, Pollard went in easily.

Offensively, the Bengals were worse.

Joe Burrow was again under constant pressure, took four sacks, fumbled the ball once and produced just one drive of points, a 43-yard field goal from Evan McPherson in between the two Dallas touchdowns.

The offensive line was not good again, allowing multiple pressures from the middle and A-gap.

Micah Parsons had two of Dallas’ six sacks on the day.

Crown him the 👑! @MicahhParsons11 with another sack!

One moment, more than any other, prompted second-guessing in the first half. The Bengals had fourth-and-six from the Dallas 42 and elected to punt, the exact opposite approach of the Cowboys in the first quarter. Dallas didn’t score when they got the ball back but forced another Bengals punt deep in Cincinnati territory.

The Cowboys got the ball back at the Cincinnati 49 with 51 seconds left and drove just far enough for a 54-yard field goal for a 17-3 halftime lead.

The Bengals held the ball for over 10 minutes and could generate only two more Evan McPherson field goals.