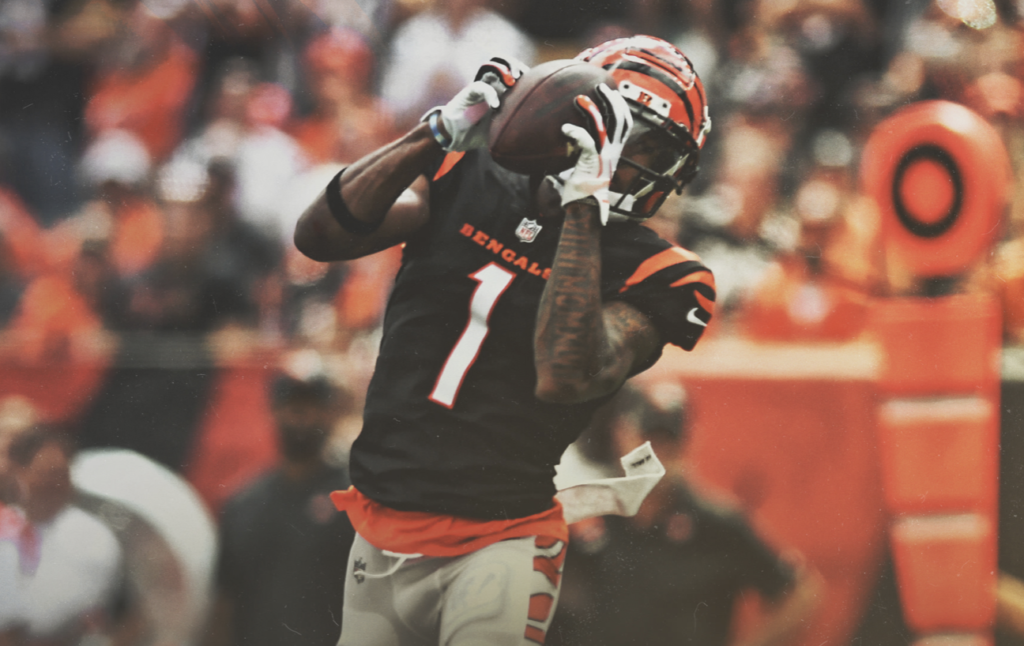 CINCINNATI — The Bengals and Steelers have played 106 times. They never had a game with as many emotional swings at Sunday’s season opener.

But in the end, it was a brutal 23-20 overtime loss for the Bengals, as Chris Boswell connected from 53 yards on the final play of overtime.

Despite everything, the Bengals had every chance to pull out a miracle win.

"We put up a fight and I want to be around guys like that." Ja'Marr Chase on Bengals OT loss. pic.twitter.com/ntSfuPgeAY

The Bengals forced a three-and-out and then had a chance to win the game but Wilcox’s snap was high and McPherson hit the laces and pulled it wide left from 29 yards.

Chris Boswell could’ve won it for Pittsburgh but his field goal attempt from 55 yards hit the left upright.

Call it rust. Call it lack of preseason action. Call it just poor play. The Bengals were not ready for Sunday’s season opener.

Tee Higgins sustained a concussion in the first half and didn’t return and long snapper Clark Harris injured his right biceps in the second half and also didn’t return as Mitchell Wilcox took over long snapping duties.

Burrow turned the ball over three times in the first 16:52. He threw his third interception with 5:24 left in the second quarter. His fourth pick came in the fourth quarter.

Still the Bengals had a chance to win the game when Burrow found Ja’Marr Chase at the one-inch line. But two incompletions and a run of one yard put the Bengals in a 4th-and-1 inside the two with 1:56 left. Burrow’s pass for Ja’Marr Chase was batted away incomplete on fourth down.

It was – by far – Burrow’s worst first half in his three-year NFL career. He looked jittery and uncomfortable and had trouble getting the ball out on time.

After the Bengals defense held the Steelers to a three-and-out to start the game, featuring an Eli Apple tackle of Diontae Johnson a half-yard short on a third down catch.

On Cincinnati’s first offensive snap, Cameron Hayward sacked Burrow for five yards. On the second, Burrow was not on time with an sideline out to Tyler Boyd and Minkah Fitzpatrick jumped the route for a 31-yard pick-6.

La’el Collins and the offensive line were no match for TJ Watt and the Steelers defensive front. Collins, in particular, looked rusty, allowing Watt to blow by him twice untouched.

Lots of ownership from Mitch Wilcox and La'el Collins in Bengals locker room. "Our defense played lights out and we (offense) should've answered the bell a lot more." pic.twitter.com/UwuskwB2FL

The defense kept the Bengals in the game early.

The only bright spot was Evan McPherson. He connected on a 59-yard field goal that set a new team record, a yard longer than his previous longest in Detroit last season. And on the field goal, Kevin Huber was the holder, giving him 208 games as a Bengal, a new franchise record, passing Ken Riley.

Mixon had an explosive run on fourth down in the second quarter to extend a drive and put the Bengals first-and-goal at the Steelers 2. But a false start on Cordell Volson killed the momentum and the Bengals had to settle for a 29-yard McPherson field goal to cut the lead to 17-6 at the half.

After failing in the red zone in the first half and generating nothing on their first drive of the third quarter, Burrow finally put a drive together thanks to a great defensive stand and an 11-yard punt return to the Steelers 46.

Burrow finally put points on the board when he hit Tyler Boyd from two yards out on a pass on third down. Burrow then connected with Mike Thomas on the two-point conversion and suddenly the Bengals were within three, 17-14.