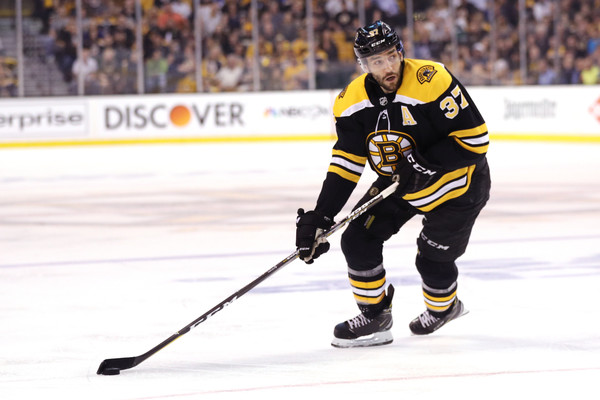 This past season saw Patrice Bergeron play some of the best hockey of his career. With 30 goals, 63 points and a +21 rating, Bergeron was one-third of the most lethal first line in hockey.

At 32 and in the prime of his career, the time is now for Bergeron to go win his second Stanley Cup and he’s optimistic the Bruins can do so.

“The glass is half full,” said Bergeron. “There’s a lot of young guys that will be getting better and be with us for awhile. Most of the veterans are signed long-term so it’s great that way.”

Nevertheless, Bergeron is keeping a realistic mindset going forward. He’s been in the league too long to be all optimism.

“On the other hand, everyone starts over next year,” exclaimed the Selke Trophy finalist. “It’s back to zero and you have to work your way up again. You have to be careful. We all know we have to put the work in this summer and we come back hungry for more.”

To lose in the second round came as a surprise to Bergeron.

“It’s disappointing to be here right now because I expected that this group would go far,” said number 37. “It’s hard to say that it’s not easy to win but I did think we’d still be playing right now.”

Despite the regrets from the past series, Bergeron’s mindset revolves around confidence toward the future.

“I’m definitely optimistic and I know that we have a great team and I’m excited for it.”

The four-time Selke Trophy winner is under contract until 2022. There’s no doubt that he’s worth the money.