Bernie Sanders Is Out; What If It’s Not Joe Biden? 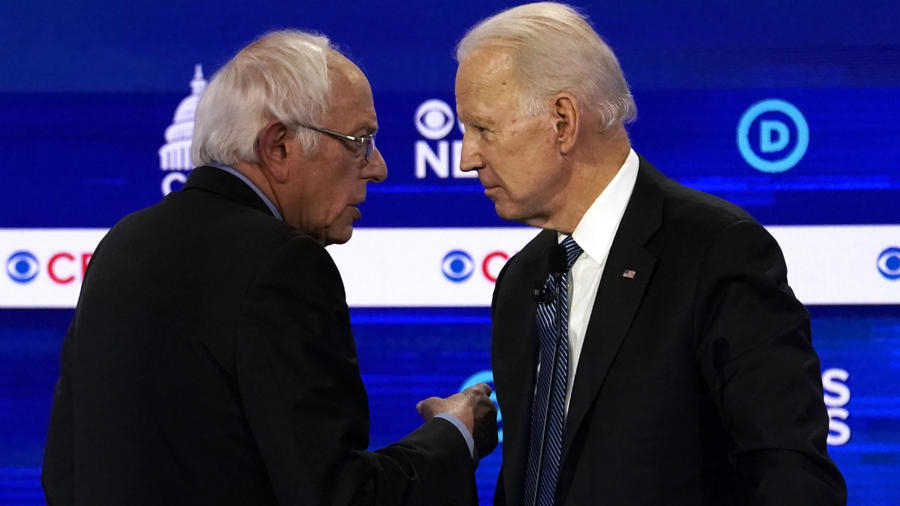 All candidates who initially declared their pursuit of the Democratic nomination have suspended their campaign and endorsed Biden sans Massachusetts Senator Elizabeth Warren.  However many party insiders believe that an eventual declaration of her support of the former VP will come fairly soon.

But what if…it’s not Biden?

According to BetOnline.ag, Joe Biden has 1:12.5 odds at being on the ballot this November for the Democrats against Donald Trump.  Bettors can get Biden at -1250.

However, bettors can also take anyone but Joe Biden at +700.  If one wants to get more specific, there are some potential interesting names — although it does look very, very unlikely at this point.  BetOnline.ag has released updated odds on who will win the 2020 Presidential election.  They are as follows:

Besides the fact that there are now no more active campaigners on the Democratic side, another reason why Biden’s odds may be so high at securing the nomination is due to…the Coronavirus (!!!) It’s hard to see how it could be anyone else, besides Andrew Cuomo being selected at the convention.

With the lack of a campaign season, Biden’s obvious cognitive issues have easily been whitewashed.  Biden doesn’t have to campaign, which many believe he doesn’t have the capacity to do.  Nor are his dreadful speaking engagements and interviews anywhere near at the top of a news cycle as they’d be during normal times.

Joe Biden genuinely has dementia and that’s not at all funny. It’s sad and he needs help and to not be exploited by a corrupt establishment looking to hold on to power by any means necessary. https://t.co/APBqfDOwTy

Therefore, many may still believe they’d be getting the same man who served as Vice President for eight relatively successful years.

The odds do remain fluid.  And have always been a telltale sign of where things truly stand in a campaign.  And with little to no campaigning season to speak of, it’s actually one’s best bet for the most stable analysis.

Bet on the 2020 US Presidential Race at www.betonline.ag — Use Code CLNS50