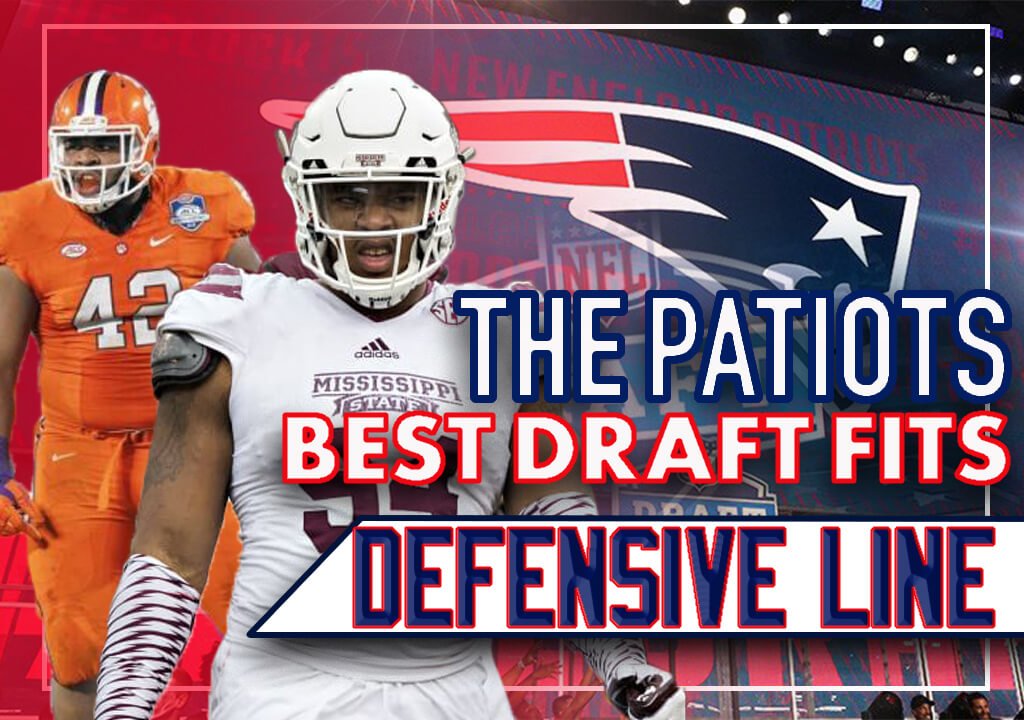 This is part eight of a position-by-position series previewing the best Patriots fits in the 2019 NFL Draft.

Even after a terrific postseason, we know that the Patriots would have to rebuild their defensive line at some point soon.

And the departures of Trey Flowers and Malcom Brown in free agency exacerbated need to rebuild the trenches.

The Patriots added Michael Bennett and Mike Pennell, but they need more, and they also need youth to replenish the departures from the 2015 draft class.

As you’ve probably heard by now, this year’s draft is loaded with talent on the defensive line with both elite-level prospects and depth into day three at the position.

Simmons is only on this list because of a torn ACL last February that will likely sideline him for most of, if not all, his rookie season. The Mississippi State product is a top ten talent, but that injury could scare teams off as they try to look for players that will make an immediate impact. Simmons also has an assault charge on his record for an altercation with a woman in 2016. For the Super Bowl champs, his history of violence against women could take him off the board, but redshirting Simmons for a year makes some sense. The Patriots don’t necessarily need every pick they make to contribute right away, and they very seldom have the chance to select players of Simmons’ caliber at the end of the first round. He has a rare combination of size and movement skills. He is powerful but lean, versatile and has a terrific first step that gives interior offensive linemen fits. He played everywhere from over the center to outside on the tackle and gave off some Ndamukong Suh vibes in terms of playing style.

One of my favorite prospects in the entire draft, Wilkins is the type of guy you want to build your defense around. The Clemson star was a vocal leader and permanent captain over the last two seasons for the Tigers. Although he doesn’t have ideal length for the position, Wilkins wins with excellent pad level, leverage and a unique slithering style on the interior. He’s quick to diagnose and click into blocking schemes and played multiple spots along the Clemson defensive line. Even though he’s best on the interior, Wilkins played some defensive end for the Tigers to get on the field. He also displays elite short-area quickness and lateral agility to slip around blocks on the interior. For many teams, Wilkins’ short arms, which leads to some concerns about arm extension and playing in a two-gap system, will come in below their thresholds, but he was a dominant player at the collegiate level and projects as a plug-and-play starter in the pros.

Length, athleticism and technique describe Notre Dame’s Jerry Tillery. The Notre Dame product stands at over six-foot-six and has length for days, which will help him play at either defensive end or tackle in the NFL. Other than his build, what makes him such an excellent fit for the Patriots is his fundamentally sound technique; Tillery always fights for inside hand placement and plays with proper pad level to create leverage in his engagements. He uses that inside-hands technique to extend his arms and “lock out” at the point of attack, which makes him a natural fit for a two-gapping system. He’s also scheme versatile with enough quickness off the ball and tremendous bend to turn the corner for a one-gap system. Tillery had 48 total pressures last season for the Irish, which was the third-most among interior defenders in this class, and his tape against Stanford last season was arguably the best game of any prospect in this year’s draft. In the Patriots defense, he is an ideal fit as a base defensive end and an interior rusher in sub packages.

If you could make a nose tackle for the Patriots in a lab, it would look and play like Dexter Lawrence. The Patriots morph their identity week-to-week as a game plan defense, but at his routes, Bill Belichick is a 3-4 coach; therefore a prototypical nose tackle has a more significant role in the New England defense than most teams. Lawrence is a monster in the middle that has intimidating levels of power to both dominant one-on-ones and eats up double-team blocks on the interior. Although he’s mostly a bull rusher on passing downs, he’s as dominant as they come in the running game, and his movement skills for a man of his size (6-4, 342 pounds) are rare. Bill Belichick once called Vince Wilfork the best defensive lineman he ever coached, so you hesitate to compare anyone to big Vince, but Lawrence would be the closest thing to Wilfork since he left the Patriots.

Omenihu is another long and athletic prospect that has terrific testing numbers for an interior defender. Part of his allure is also that he can play multiple alignments, and he’s just scratching the surface of his potential as he refines his technique. Omenihu told me at the combine that he began expanding his pass-rush repertoire last season, and that he won with physical gifts up until that point. It showed on the field as his production more than doubled with a career-high 9.5 sacks and 18.0 tackles for loss at Texas a year ago. Omenihu has thunderous punching power, an excellent first step, and when he uses his arms correctly, is a natural two-gapper. Omenihu lacks the flexibility to turn the corner as an edge rusher and needs to develop a pass rush plan, but he has high-end starter potential as a base defensive end and sub-package interior rusher in the Patriots system.

The Ohio State defense underperformed last season as a whole, but Jones had a breakout season with 8.5 sacks and 13.0 tackles for loss. For an interior defender, Jones has a unique skill set where he’ll combine a quick first step with finesse moves that involve head fakes and jab steps. When you turn on the tape, Jones flashes on a talented defense with his get off, play speed and lateral quickness. He regularly shoots gaps in the running game to work his way into the backfield and has tremendous pursuit speed to work down the line of scrimmage and chase down ball carriers from behind. The issue for Jones is that he’s a bit of a tweener; he’s undersized for the interior (281 pounds) and can be pushed around when he’s not firing off the ball, but he doesn’t have the foot speed to play on the edge. Jones’ ceiling might be as an interior pass rusher in sub packages, but if he can keep his pad level down, he might be able to play all three downs.

From a measurables standpoint, Saunders’ height (6-0) and arm length (32 1/4”) fall below the Patriots’ thresholds for the position, but his talent is undeniable. Saunders doesn’t allow his short arms to prevent him from pressing blockers to create separation in the running game, and his short area quickness and flexibility make him difficult to block. He also uses a series of pass rush moves led by a nasty slap-swim winner to rush the passer, and despite his weight (324 pounds), he’s much more than a bull rusher. Saunders uses a quick first-step to split double teams on the interior and dominated the level of competition in the Missouri Valley Conference (FCS). Saunders had some issues with anchoring against power and conditioning late in games, but the hills behind Gillette Stadium can fix that.

Wren is a one-man wrecking crew that also tested in the 77th percentile at the combine. He had trouble turning his disruption into production with only three career sacks and 14.5 tackles for loss, but he’s one of those guys that’s always creating havoc in the middle of the defense. His explosiveness scores at the combine show up on tape with a lightning quick first step, and his upper body strength is so dominant that you see him regularly throwing blockers to the ground. Wren’s technique needs work as he plays too high and sometimes finds himself out of control, but he made things easier for those around him on the Arizona State defense.