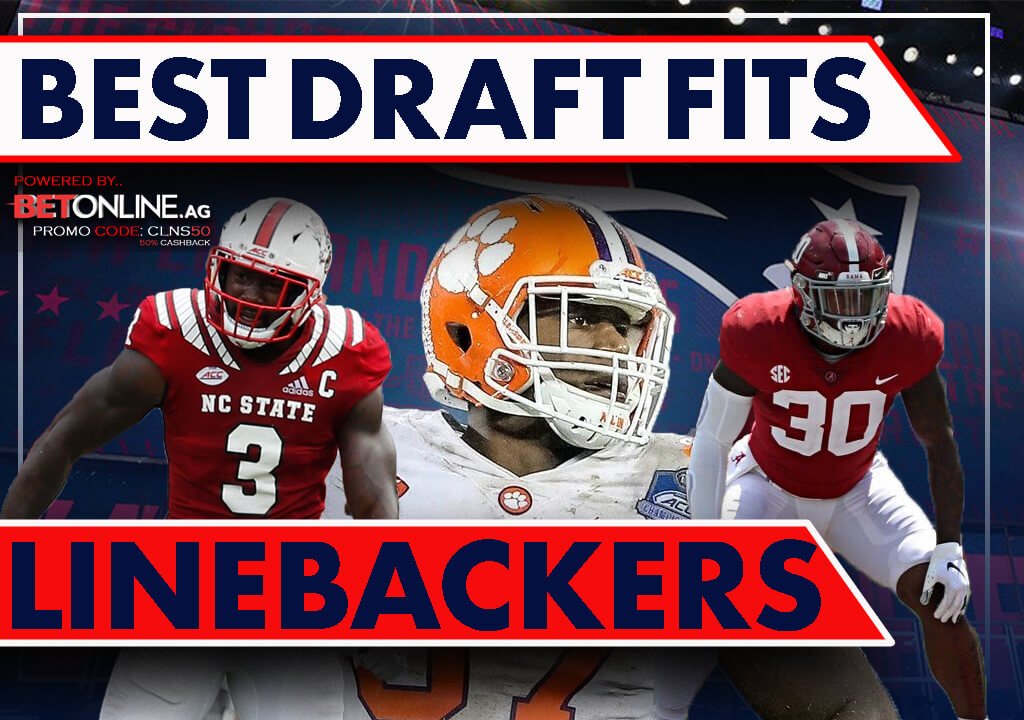 This is part ten of a position-by-position series previewing the best Patriots fits in the 2019 NFL Draft.

The Patriots’ linebacker group went from one of the weaknesses of the team to a bright spot in one season.

In the latest edition of Bill Belichick is smarter than us, the Hoodie waited until the fifth round to draft Purdue linebacker Ja’Whaun Bentley a year ago. Bentley only played in three games as a rookie but looked like a day three steal for New England.

New England also has 2018 sixth-round pick Christian Sam who they redshirted as a rookie. Sam has some coverage potential and is an above-average athlete for the position.

With Bentley returning alongside leader Dont’a Hightower, and the much-improved Kyle Van Noy and Elandon Roberts; the Patriots don’t have a glaring need at the linebacker position.

When scouting linebackers for New England, it’s also important to remember that they still prioritize size and run defense over athleticism and coverage ability.

The Patriots made exceptions on size (Sam, Roberts) on day three, but they have a type at the position, and it’s not the jacked up safeties that the rest of the league adopted.

Here are the best fits at linebacker for the Patriots in the 2019 NFL Draft:

Wilson had a rough go of it in the college football playoff, but he offers a nice blend of size and athleticism. At 240 pounds, Wilson is a potential compromise pick for Bill Belichick. He still has meat on his bones to play the run, but he has safety-like skills in coverage. The Alabama product makes some tremendous plays on the football (six career interceptions) and has excellent instincts as a zone defender in the middle of the field. Like most Saban linebackers, Wilson uses his hands well to disengage from blocks and will come downhill at ball carriers once he diagnosis the play. He also flashed impressive lateral agility to slip blocks and has the foot speed to pursue sideline to sideline. With that athleticism, he projects as an ace special teamer. Wilson’s instincts, positioning and pursuit angles were exposed by Oklahoma and Clemson, but he has all the physical tools to start at the next level.

The unquestioned leader of the Wolfpack defense, Pratt was a team captain with terrific production last season (104 tackles, ten tackles for loss, six sacks). A converted safety, Pratt is a versatile weapon that still clocks in at 240 pounds to hold up in the trenches. The N.C. State product ran a 4.57-second 40-yard dash at the combine, and that play speed is apparent when you turn on the tape. He’s also a fundamentally sound tackler and does a nice job of hanging out behind the mess at the line of scrimmage and triggering downhill into gaps to make plays in the running game. Pratt also matched up against tight ends and running backs in a hybrid role and was a standout on kickoff coverage. With only one year at linebacker, Pratt is still developing his take-on technique and processing skills to diagnose blocking schemes, but he was one of the best linebackers in the country last season.

Okereke doesn’t meet the Patriots’ height and weight thresholds, but he makes up for it with length and a terrific nose for the football. Okereke regularly clicks into running plays and anticipates the ball carriers’ movements to beat running backs to spots. He uses his length to create separation from blocks and has loose slides to scrape to the ball. As a coverage player, Okekere is comfortable in zone coverage to read and react and can take on man coverage responsibilities in the short area of the field. He also flashed exceptional pursuit speed to make open-field tackles or run down scrambling quarterbacks. With his athleticism, Okereke should get on the field as a rookie on special teams. The Stanford product is only 6-1 and 239 pounds, and he also has some difficulties with deconstructing blocks and absorbing contact. He’s not the type of linebacker the Patriots usually go for, but three years of solid production at Stanford with above-average instincts for the position could entice them.

Tre Lamar is the prototype standing at 6-3 and weighing in at 250 pounds. He’s an old-school thumper that’s aggressive and powerful in the running game. Lamar is laser-focused as a run defender and has terrific eye discipline against misdirection and false keys to lock onto the ball carrier and follow his path. He’ll also clog running lanes and take on blockers to blow up blocking schemes while others pad the stat sheet. As you’d expect, Lamar has athletic limitations and plays with heavy feet. He won’t offer much in terms of sideline to sideline range, and you won’t want to put him in coverage often. He’s a downhill, play in a phone booth-type linebacker, which is usually up the Patriots’ alley. Other teams will pass on Lamar for more athletic options, opening the door for him to New England on day three.

Coney falls well below the Patriots’ threshold for height (6-1) and weight (234 pounds), but his frame and playing style reminds me of Elandon Roberts. They’re virtually the same size, and like Roberts, Coney plays bigger than expected. He’s a sound tackler that mirrors running backs and works quickly to run fits. He’s got great balance and short-area quickness to navigate traffic and seldom missed tackles. There are concerns about Coney’s ability to play on passing downs. He’s got some quickness to him in short areas, but once he gets into the open field, he’s overmatched athletically. However, Notre Dame schemed around his deficiencies asking him to play underneath zones for the most part, and Coney graded out exceptionally well in coverage as a result (90.5 coverage grade from Pro Football Focus). Last season, Bentley was a PFF favorite, and the Patriots agreed with their assessment. This year, Coney received a 91.8 overall grade from the scouting service with a grade above 90 against both the run and pass.

Hanks gives off some serious Darius Leonard vibes. That’s not to say he’ll win Defensive Rookie of the Year in 2019, but he has a similar skill set and build. Hanks also had 100-plus tackles in three consecutive seasons for the Aggies and had 15 career takeaways flashing great instincts and ball production. Hanks didn’t run well at the combine (4.98s in the 40-yard dash), but he plays faster than that and is an explosive downhill player that closes down on ball carriers in a hurry. He also played in space as a “halfway” player in the flat, which is becoming a more popular alignment for linebackers in the pros and was a core special teamer. Hanks’ athletic testing will give some pause, and there’s some evidence on tape that he struggles to change directions. However, his tape shows that shedding blocks and anchoring against power are more significant concerns than athletic ability. With that said, expect his high-volume tackling and ball production to follow him to the NFL.