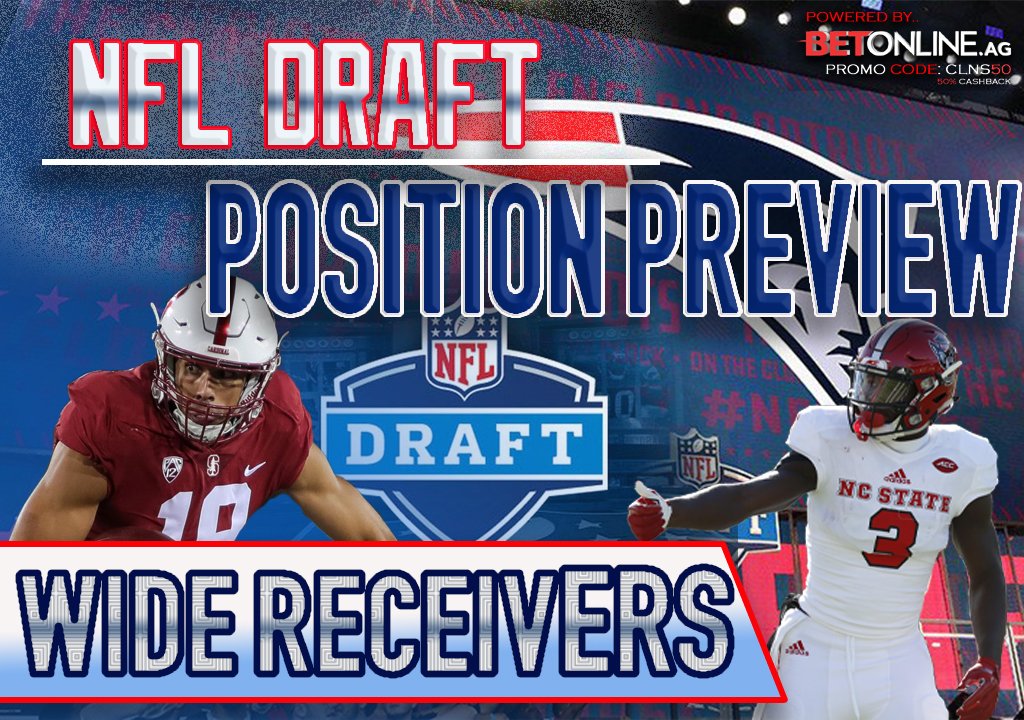 This is part three of a position-by-position series previewing the best Patriots fits in the 2019 NFL Draft.

The Patriots under Bill Belichick do not have a good track record when it comes to drafting wide receivers.

Since 2000, the Patriots have selected 16 wide receivers in the NFL Draft, including special teams ace Matthew Slater, who is the only one that has made a Pro Bowl.

Besides Slater, only two Patriots draft picks at the position have gone on to start for three or more seasons with the team, Julian Edelman (2009) and Deion Branch (2002).

Belichick hasn’t selected a wide receiver in the first round with the Patriots, but he has taken four wideouts in the second round, and Branch is the only “hit” by any standard.

This draft season, the Patriots have a glaring need at wide receiver both in the short and long term.

Super Bowl MVP Julian Edelman projects as a top weapon once again, but the names after him on the depth chart leave something to be desired, and Edelman will turn 33 years old in May.

Despite their track record, the Patriots need to take a swing at a few receivers in a very deep class.

With that in mind, we will break out the receiver section of the position preview into three categories: the “X” receivers (this installment), “Z” receivers and slot wideouts.

The “X” receiver is the player that typically aligns furthest away from the tight end on the line of scrimmage.

For Patriots fans, you can think of Josh Gordon’s role with the team last season as an example of a traditional “X” receiver in New England’s offense.

Here are the best fits for the Patriots in this year’s draft that project as “X” receivers at the next level:

The good: Harmon is the third-best receiver in this class in my grading system, and is a natural fit on the perimeter in the NFL. His footwork and strength through contact make it easy for him to beat press coverage, a must for all “X” receivers, and he’s a polished route runner that varies his speeds throughout his patterns and has little wasted movement. Harmon’s best traits, however, are his hands and contested catch ability. He’s a stalky receiver that wins battle after battle at the catch point with excellent body control, awareness and hands that extend outside of his frame to pluck the ball out of the air.

Here, Harmon uses a stutter-and-go move to release downfield against soft press coverage. The inside fake gets the corner to open a throwing window along the sideline, and Harmon adjusts beautifully to the back shoulder throw plucking the ball above his head while displaying excellent body control and awareness along the sideline to get both feet in bounds.

The bad: There are some concerns about Harmon’s ability to separate at the next level due to a below-average athletic profile (35th percentile) and a lack of long speed (4.6s in the 40-yard dash). He doesn’t possess elite burst off the line of scrimmage to challenge defensive backs on vertical routes consistently, and many have of his catches come with defenders around him.

Conclusion: To reach his ceiling, Harmon needs to play with an accurate quarterback that can throw him open. Tom Brady is a perfect match in that regard, and those two would find success by beating defenses with pinpoint ball placement and elite work at the catch point.

The good: Wesley is a tall (6-4) and well-built receiver that’s one of my favorite prospects in this class. He had tremendous production last season for the Red Raiders (1,410 yards and nine touchdowns), yet he’s flying under the radar. Despite his height, Wesley shows rare hip flexibility to sink and cut at the top of routes to go along with long strides cover ground quickly. He keeps defensive backs honest with comebacks, outs and digs (in-cuts) making him even more difficult to defend on the deep ball. He also has terrific tracking skills to size up deep shots downfield and win at the catch point and has an enormous catch radius. Wesley’s performance against Houston last season (13 catches, 261 yards, three touchdowns) was one of best games I’ve watched of any prospect in this class.

This catch is an excellent example of the nuanced route running that’s rare for a receiver of Wesley’s size. He eats up the cushion quickly, which causes the cornerback to come out of his backpedal and turn his hips upfield. Wesley then gives a peak and jab step at full speed to the inside, and the corner reacts by backing away from the sideline to protect against an in-breaking route. Wesley straightens himself out to continue the vertical push, sinks his hips like he’s sitting down in a chair and snaps the route off toward the sideline.

The bad: Wesley was a one-year wonder at Texas Tech. Before last season, he had ten career catches for 137 yards. He also needs to improve his route releases against press coverage and incorporate better hand technique to clear his body from contact.

Conclusion: Only one year of production might scare some people off, but Wesley has all the tools to become a starter at the next level. He’d bring some much-needed size to the Patriots’ receiver corps and can run all the routes they typically ask of their outside receivers.

The good: Arcega-Whiteside is a true jump-ball specialist that projects as an immediate red zone threat and future starter. He’s incredibly strong at the catch point both with his hands and upper body to box out defenders, has a huge catch radius. However, he really impressed me at the line of scrimmage where his route releases and footwork are truly unique for a six-foot-two, 225-pound receiver. His hips and shoulders are always in sync leading to some breathtaking fakes, and he follows through with his hands for added separation. He varies his stride length and uses choppy footwork to close down the space between him and the defender.

On this touchdown grab, he uses a few stutter steps at the line to freeze the corner while getting up on his soft press coverage. Then, he opens up his stride length with a huge inside jab step and shoulder fake with it all working in perfect harmony to dust the defender at the line of scrimmage making for an easy touchdown.

The bad: The only knock on Arcega-Whiteside is that he doesn’t possess great long speed or change of direction skills at the top of the route. His releases allow him to create vertical separation, but he won’t run by defenders, and he’s not going to offer much wiggle in his breaks. If he doesn’t create early separation, he’ll have to settle for boxing out at the top of the route.

Conclusion: Arcega-Whiteside caught 18 red zone touchdowns over his last two seasons at Stanford, and would immediately help the Patriots improve their red zone offense. He’d also bring some size on the perimeter and is a high-IQ player that should be able to pick up the playbook.

The good: Boykin is a classic combine riser that tested in the 99th percentile in Indy and flashed that athleticism some on tape. The quarterback play during his time at Notre Dame also didn’t do him any favors. First and foremost, Boykin is a contested catch artist that possesses strong hands, a large catch radius and rare body control to contort his frame in any direction. His tape is full of leaping grabs. He also showed promise as a route runner last season with improved footwork in his releases and snappy hips to break off routes in either direction. He also has functional strength both to play through contact and block in the running game.

Here’s an example of what Boykin can be at the next level if it all comes together. He fights off the corners jam in press coverage with a swim move and heavy hands to chop himself free. Then stacks the corner with a vertical push and uses “late hands” keeping the defenders back to the quarterback and hands out of the passing lane to haul in the pass for a nice gain.

The bad: The clip above doesn’t happen consistently enough for Boykin against press coverage. He allows press corners to sit all over him forcing himself to play through contact too often. There are also little things about his route running and ball skills that are lacking such as his tracking skills, willingness to work back to the ball and shielding defenders with his body. He also doesn’t offer much burst after the catch limiting his yards after the catch.

Conclusion: As of right now, Boykin is only slightly more than just an athletic freak and reminds me a little too much of Aaron Dobson. However, his route releases improved enough last season that, with his athletic profile, he’s a top 100 prospect in this class.

Fulgham is a lesser known version of J.J. Arcega-Whiteside. He’s a big receiver that plays like it and had 18 catches of 20-plus yards last season. His route detail is sneaky good as he sets up defensive backs and has a good understanding of angles in his stems. He’ll be an immediate threat in the red zone due to his size and jump-ball abilities and is a high-effort blocker that finishes blocks in the running game. Fulgham doesn’t have the athletic makeup to take the top off the defense or win with change of direction quickness, but he has enough nuance and knows how to use his big frame to make plays.