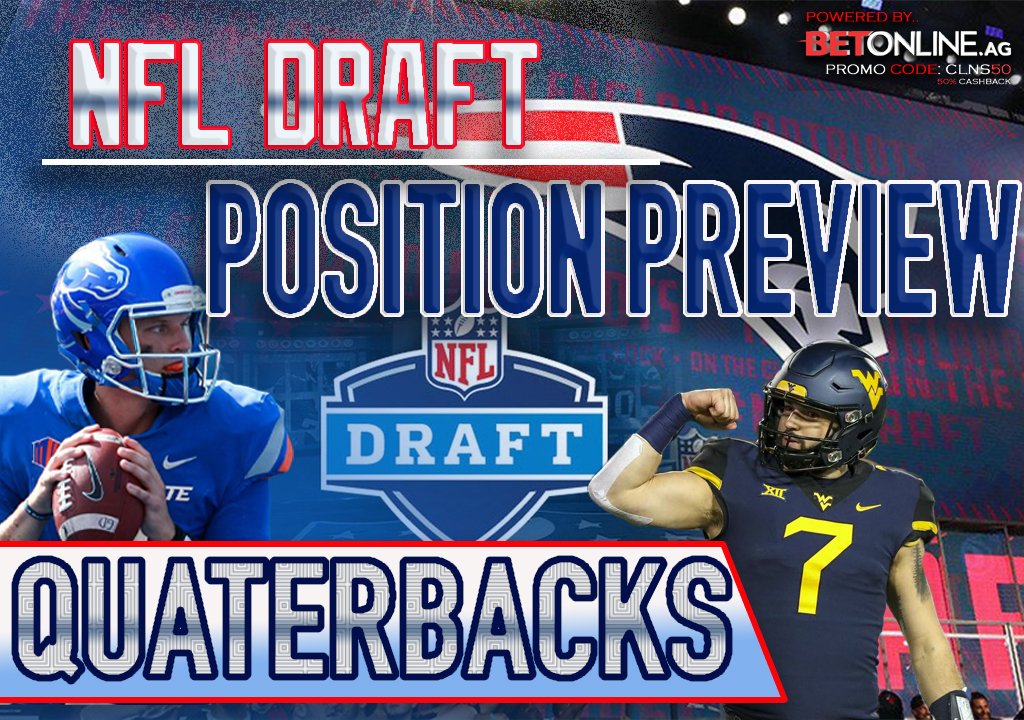 This is part two of a position-by-position series previewing the best Patriots fits in the 2019 NFL Draft.

The Patriots need to find their heir to the greatest quarterback of all-time, Tom Brady.

Despite Brady’s continued success, Bill Belichick drafted a quarterback in nine of the last 18, and three of the previous five.

Belichick loosely adheres to an old team building philosophy popularized by former Green Bay Packers general manager Ron Wolf that you should take a quarterback every year; it’s the most critical position in sports, and you can never have too much talent at quarterback on the roster.

Even if you don’t think the next guy is in this class, the odds are that Belichick will select a quarterback in April’s draft.

From this perspective, four signal callers are realistic options for the Patriots that also have future starter potential and fit New England’s system.

This, of course, safely assumes that top prospects Kyler Murray, Dwayne Haskins and Drew Lock will be off the board by the time the Patriots are on the clock at the end of the first round.

Here’s a crash course on the four names that are in the conversation for New England:

The good: With quarterbacks, we often talk about an “it” factor that cannot be measured by statistics, and Grier has that with noted leadership skills and a clutch gene to rise to the occasion in the biggest moments. Over the years, we’ve seen Grier lead his team on multiple game-winning drives including a late victory over Texas last season. Along with moxie, Grier’s physical and mental tools offer an intriguing base. He’s accurate to all three levels but is especially pinpoint on deep throws such as fades and seams, and is a quick processor that makes pre-snap reads to pick on matchups and exploit safety rotations.

Here, Grier wants to work a fade route to his “X” receiver on the back side of the formation. However, he sees the safety in the middle of the field shaded towards the backside before the snap, so during his drop-back he looks to his right to move the safety to the opposite hash and then drops a 50-yard dime for a touchdown to the back side fade.

The West Virginia coaching staff spread the field giving Grier plenty of information before the snap, and he regularly took advantage.

The bad: My biggest concern with Grier is not arm strength, but rather an unsustainable marriage between his physical gifts and mentality. Grier thinks he’s a gunslinger, often forcing balls into tight windows that he cannot possibly hit, but he doesn’t have the elite arm strength to pull it off. To succeed at the next level, he needs to come to terms with who he is as a quarterback, if not, he’ll be a turnover machine, and the high-volume of sacks he takes when trying to make something out of nothing will continue to haunt him. Along with ball security and decision making, Grier’s footwork and throwing mechanics leave something to be desired. His feet are often all over the place, and he has a prolonged release that won’t match the timing of the Patriots’ offense.

Conclusion: Grier is the Patriots’ best bet to find an heir in this quarterback class. His alpha-dog mentality and confidence are what you want in a franchise quarterback. If he can learn to play within his limits and cleans up his footwork and throwing motion, he has a chance to be a starter.

The good: Rypien is my favorite of the mid-round quarterback options because of his sound throwing mechanics and elite short accuracy. He has a compact release, and his feet are always in sync with his upper body as he moves target to target. Rypien throws with timing and anticipation and shows a next-level understanding of coverages and safety rotations after the snap. The Boise State offense also put Rypien in every situation possible having him operate from the shotgun, pistol, under center and everything in between.

Along with reading coverages, Rypien also knows how to manipulate defenses with his eyes. On the play above, he’s reading the two receiver progression on the “nub” side of the formation to his left. Rypien knows the defense is in a split-safety coverage. He quickly looks right and then comes back left where he’s going to read the underneath linebacker. If that linebacker widens, he knows he has his tight end over the middle with the safeties deep. He leads the linebacker to a wider drop with his eyes and then fires the ball before the safety can get there for a first down.

The bad: The reason why Rypien is rated slightly below Grier is that arm strength is a legitimate concern; his accuracy and consistency with ball placement drops as he attempts to push the ball downfield. Deep throws where he can put air under the ball aren’t the issue; it’s when Rypien needs to throw a pass on a line more than ten yards downfield. Rypien also has poor pocket awareness failing to feel blindside rushers and blitzers and sometimes has trouble coming off his first read.

Conclusion: Rypien’s throwing mechanics are the best in this class, and his short area accuracy and timing are enticing qualities for the Patriots, but he’ll have to prove he has enough arm strength to drive the ball down the field.

The good: The NFL will be higher on Jones than most media, including myself. He looks the part at 6-5, 220 pounds and has above-average athleticism for the position. Jones’ arm strength passes the eye test, he throws from a sturdy base with sound footwork and is at his best in the quick passing game where he can pick on matchups and identify weaknesses in the defense before the snap. Jones’ best quality might be his ability to identify pressure schemes and blitzes before the snap. He was also trained by a quarterback guru in Duke head coach David Cutcliffe who has worked with the Manning brothers and other notable NFL quarterbacks.

Here, Jones recognizes that the defense is showing double A-gap pressure and when the linebackers come on the blitz he throws over the middle to his tight end in the area vacated by the blitzing linebackers. Although the defense drops both defensive tackles in place of the linebackers, the ball is out too quickly for them to make a play.

The bad: Jones has some fatal flaws that make it hard for me to see him as a first-round talent. First, his accuracy beyond ten yards is below-average, and it’s difficult to see that improving at the next level. Most of his accurate passes come in the short passing game where he’s in rhythm and aided by an RPO-heavy scheme. Jones also has issues with ball security and decision making, and if he plays early on in his career, he’ll throw his fair share of interceptions on downfield throws into tight coverage.

Conclusion: Jones is a tall and sturdy quarterback in the pocket that looks good when he’s throwing in rhythm to his first read. Some team will overdraft him.

The good: Finley is an experienced starter that has excellent footwork and lower body mechanics. He throws from a balanced base with his feet pointed towards his target which helps him drop the ball in the bucket on deep throws. Although his accuracy is spotty, he seems to have good control of the football to pull the string on back shoulder throws and place the ball away from defenders. His athleticism is just above-average, but he makes good throws on the move.

On this touchdown pass to top wideout Kelvin Harmon, you can see the high-end throws that Finley makes when he drops it in the bucket on deep balls. He looks to his left to hold the safety and then delivers a perfect ball with an over the top release.

The bad: Despite multiple years as a starter, Finley’s mental processing and post-snap reading of coverages are subpar. He still gets baited into interceptable passes and doesn’t read through basic coverage concepts at a high level. He also has some ugly decisions and throws under pressure, and many of his throws are pre-determined. Combine those things with inconsistent downfield accuracy, and we are talking about an uphill battle to starting caliber.

Conclusion: In clean pockets, Finley had success and knew how to get the ball to his best playmakers, but it’s difficult to see him as anything more than a high-end backup.

Stick is a difficult evaluation. His tape is electric, but his arm strength to fit the ball into NFL windows and accuracy under pressure are question marks. However, he stands tall in the pocket and throws with enough zip and accuracy downfield to give him a chance at quarterback. Due to his athleticism, he’s also a weapon on designed rollouts and throws very well on the move. If it doesn’t work out at quarterback, Stick is the type of guy that you’ll find a spot for on your football team. In that sense, he reminds me a lot of Julian Edelman. He’s a much better passer than Edelman, but he makes so many plays with his legs that you want to get him the ball. He’s a football player, figure out the rest later.