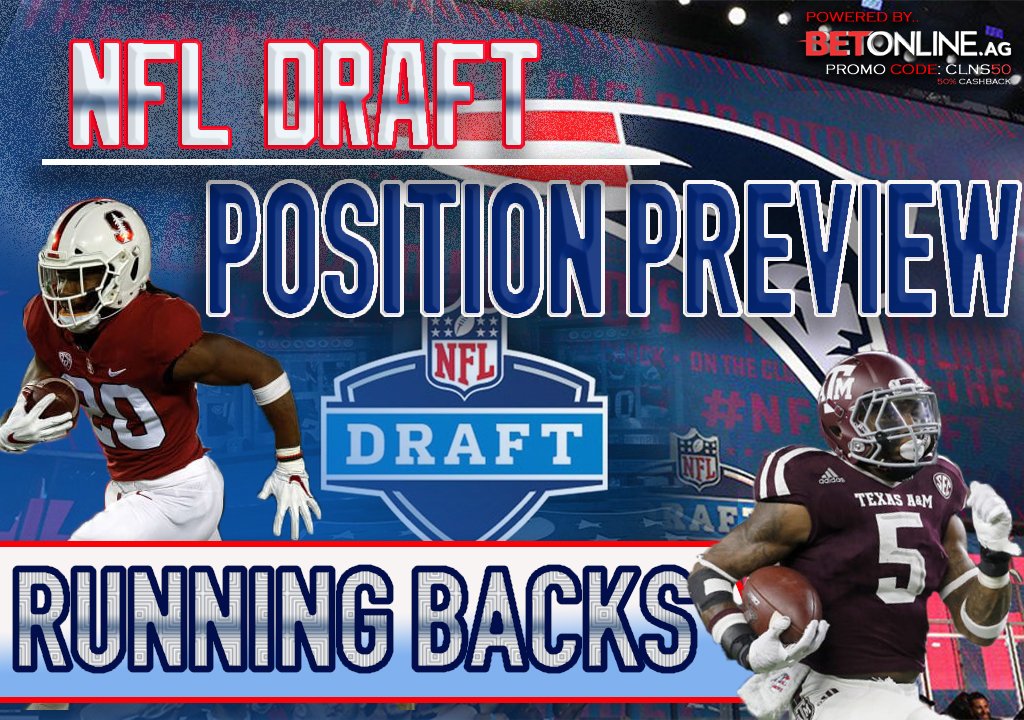 This is part six of a position-by-position series previewing the best Patriots fits in the 2019 NFL Draft.

After a terrific 2018 season, the Patriots’ running back group is a clear strength of the team.

The Patriots used their second first-round pick on running back Sony Michel a year ago, and he didn’t disappoint tallying over 1,200 rushing yards and 12 touchdowns in his rookie season (includes playoffs).

Along with Michel, offensive captain James White returns on the heels of a record-breaking campaign where he set a new team record for receiving yards by a running back (751), and Rex Burkhead and Brandon Bolden round out the depth chart.

However, even with insane depth at the position, Bill Belichick always does something we aren’t expecting, and there are some intriguing fits later in the draft that could entice the Pats.

Here are the best Patriots fits at the running back position that should come off the board on day three:

Harris will likely go higher than most Pats fans would like to see them take a running back, but he fits perfectly into the locker room culture and backfield in New England. During his time at Alabama, Harris was in a backfield filled with NFL talent and had to split carries with the likes of Josh Jacobs and Kenyan Drake. Harris told me at the combine that it wasn’t a competition with his teammates as they were all focused on one thing: winning. As a runner, Harris has similar traits to Sony Michel; he has a compact frame with good burst for his size and contact balance to run through wimpy tacklers and find open space. He also generates power with a low center of gravity and leg drive to push piles and find production in short yardage situations. Harris only had 52 career catches for the Crimson Tide, but he’s underrated in the passing game with good hands and is fundamentally sound in pass protection. A change of pace back might be a better foil to Michel, but Harris walks and talks like a Patriot.

Speaking of change of pace backs, Love has tremendous balance and sudden acceleration to make defenders miss in a phone booth and the breakaway speed that will lead to explosive runs. Yes, his durability is a concern, but part of that was due to his workload at Stanford. In New England, the Patriots could limit his touches and use him as to spell Michel. Along with his agility and acceleration, Love has tremendous processing skills to read pursuit angles and his blocks, and he has this uncanny ability to stay square while moving laterally which helps him stack moves together. A year ago, Love was in the day two and Heisman Trophy conversation, but an injury-plagued 2018 season caused him to fall. With plenty of running back depth, the Patriots can take a chance on his talent.

Speaking to his teammates and coaches, Williams was one of the vocal leaders of the Aggies offense and a true alpha-dog in the locker room. He also ran in Jimbo Fisher’s pro-style system that put a heavy burden on the running back position to make post-snap reads and block in the passing game. On the tape, Williams had an excellent feel for eluding defenders in the open field, but his agility times at the combine were a disaster (7.44s in three-cone). Still, he showed the ability to stack moves with outstanding contact balance to break tackles and offers three-down versatility as a pass catcher and blocker. Williams fits the Patriots’ mold based on traits, scheme versatility and leadership qualities even if he didn’t test like a New England running back.

Barnes put himself on the map in Indy with a superhero-like combine workout, testing in the 93rd percentile with incredible results in every category besides the 40-yard dash. His strength, explosiveness and short-area quickness all show up on tape as does his versatility. As a runner, Barnes is a big back that takes multiple defenders to bring down, and he showed adequate vision between the tackles to find creases. However, where he impressed me most was in the passing game as a receiver. The K-State coaching staff used Barnes as more than just a check down receiver, sending him down the field on vertical routes out of the backfield. Barnes’ explosiveness to clear the second level and stretch the field was eye-popping. He could go earlier than projected here due to his athletic profile, but a lack of long speed and acceleration after he makes a move will limit his ceiling as a ball carrier.

Williams is another back with three-down potential that forced 55 missed tackles on 150 touches. He was also a touchdown machine last season finding the end zone 16 times for Washington State. Williams has excellent balance to spin and jump-cut while keeping his feet under him, and made something out of nothing on more than one occasion. Despite mostly being a check down receiver, Williams usually made the first defender miss to rack up 613 receiving yards last season. He’s inconsistent with his run reads, dances too much in the backfield and has below-average long speed but is a natural tackle breaker with the ball in his hands.

Pollard is a weapon, period. He might not be as fast as you’d expect, but he was a do-it-all threat for Memphis that finished his career by tying an NCAA record with seven kickoff return touchdown. His path to a roster spot is as a returner, where his explosiveness and vision are apparent. He does a great job of weaving his way down the field and sets up his blocks extremely well along the way. Offensively, Pollard is best as a pass catcher, but you can give him the ball in multiple ways. He’ll need to improve his route running, ball skills and patience as a ball carrier to play on offense but the Patriots need a kick returner, and Pollard is as good as it gets in that regard.

In a bit of a surprise, Thompson didn’t get a combine invite despite draftable and electric tape at Utah State. He’s only five-foot-eight, but he has insane acceleration and lateral agility through his cuts. As you can see from the play above, he’s also incredibly powerful and has tremendous contact balance for a back of his size; his tape is littered with broken tackles where he’s running through contact. As you’d expect, those skills also translate in the passing game where he’s a threat out of the backfield as a receiver. At his pro day, Thompson backed up all the athletic ability we saw on tape with a 4.46-second 40-yard dash, 39-inch vertical and an insane 28 reps on the bench at 200 pounds. Thompson had nearly 1,400 yards from scrimmage and 16 touchdowns for the Aggies last season.