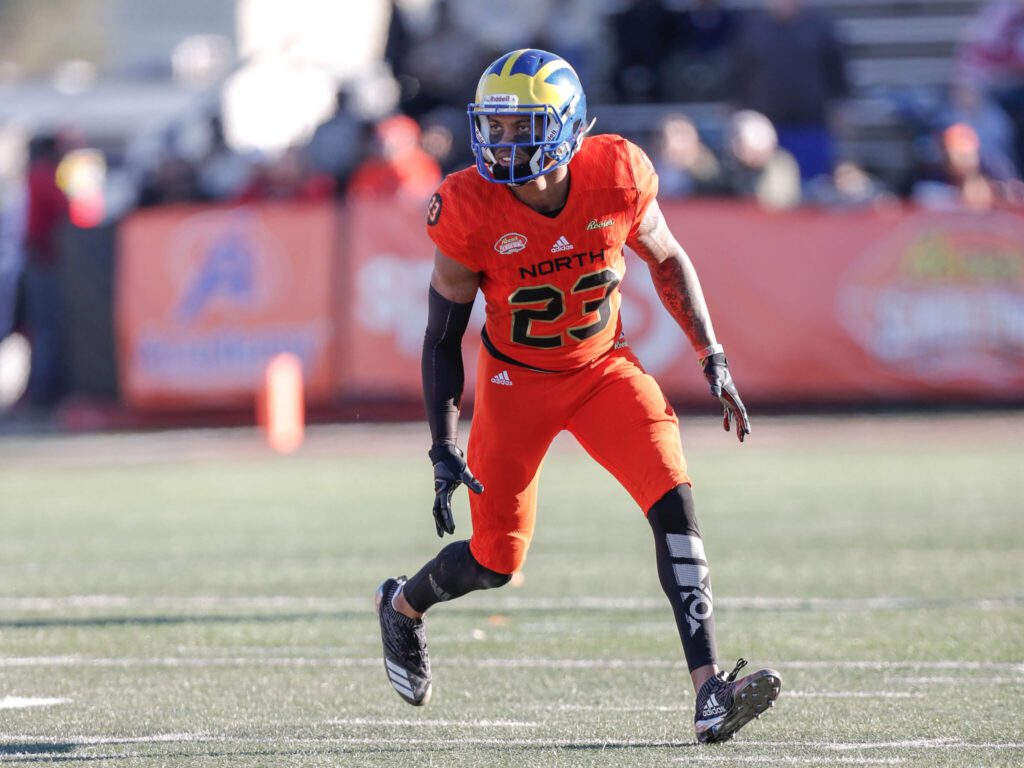 This is the final installment of a position-by-position series previewing the best Patriots fits in the 2019 NFL Draft.

There is a changing of the guard on the horizon for the Patriots at the safety position.

Whether it’s this season or next season, the Pats need to prepare for life without defensive captains Devin McCourty and Patrick Chung.

One of the most important players of dynasty 2.0, McCourty is on the final year of his contract and will turn 32 years old in August. He also briefly contemplated retirement after winning his third Super Bowl last season.

As for Chung, he has two years left on his deal but is also entering his age 32 season.

Along with Duron Harmon (28), the Patriots leaned on a veteran safety group in 2018 with a variety of different schemes that featured difficult safety rotations and disguises.

The New England safety trio is a strength of the team, but a youth movement is coming, and soon.

Here are the best fits for the Patriots at the safety position in the 2019 NFL Draft:

We are going with tape over testing for Washington’s Taylor Rapp. Those in attendance estimated that Rapp ran a 4.78-second 40-yard dash at his Pro Day. For a safety, that’s dreadful, but he plays much faster than that, and he shouldn’t be tasked with single-high duties very often. Rapp is a chess piece and is destined for a money-backer or slot defender role at the next level. He’s a tremendous run defender that picks up blocking schemes instantly, takes excellent angles to the ball and is the best tackler in the class. In zone coverage, he can play on the backend in cover-2 or cover-4 schemes, but he’s at his best as a robber roaming in the middle of the field. He’s also incredibly sticky in man coverage against tight ends and running backs. Rapp can do everything from blitzing the quarterback to man coverage to split-safety to run support, making him extremely valuable to a defense even if he can’t play as a center fielder.

Gardner-Johnson is primarily a slot cornerback that has the range and instincts to play deep safety if needed. The Florida product is one of the most improved players in this class reinventing himself as a head-on tackler to sure up a critical weakness in his game. He became a leader on the backend of the Florida defense as a junior and is another versatile weapon that can play slot corner, box safety or deep safety. Gardner-Johnson is at his best as a slot corner, though, where he has the mirroring skills to stick with slot receivers and tight ends and the build to hold up in run support. He still has to improve his pursuit angles and wrap technique as a tackler, but he has come a long way in a short period of time. There’s an excellent chance that Gardner-Johnson is a first round pick.

Adderley is one of my favorite prospects in this class for the Patriots. A converted cornerback, Adderley flashes some serious range as a center fielder that’s unmatched by anyone in this class. His backpedal is smooth without a hitch, and he has quick and easy transitions to break either direction on the ball. He also comes down with all-out effort in run support making himself a factor as a run defender even when he’s playing 30 yards off the line of scrimmage. Although he struggled in man coverage reps at the Senior Bowl, Adderley has experience at cornerback and should be able to match tight ends if needed. He’s also a four-down player as a standout performer on special teams at Delaware. Aggressive deep safety with endless range, cornerback experience and a special teams ace; sounds like a Patriot to me.

Savage doesn’t fit the Patriots’ prototype at the position due to his size, but the way he plays the game is contagious. He’s an alpha-dog on the field that plays with swagger and a contained aggressiveness that every defensive coach would love to have on his team. He also tested well landing in the 86th percentile posting a 4.36-second time in the 40-yard dash. Savage has a quick backpedal with the range to play as a deep safety and keys on pattern clues by the quarterback and receivers. He’s at his best as a robber in the middle of the field where his speed and instincts take over turning him into a ball hawk. In run support, Savage is a monster, with ridiculous click and close abilities becoming an explosive downhill tackler. Due to his size limitations, Savage might struggle against bigger receivers at the catch point, but he plays the game with such nastiness that he’ll make up for it with effort and athleticism.

Another alpha-dog, Abram is a tone-setter on the backend. He’s an intimidating presence that plays like an extra linebacker in run support and loves to punish ball carriers. Abram’s combine speed (40-yard dash: 4.45 seconds) translates on tape as he streaks across the field to tackle ball carriers. He also has the short-area quickness for man coverage duties as a matchup weapon on tight ends. Abram is a little tight-hipped and lacks the ball skills to play deep safety, and needs to control his aggression at times, but he’s a perfect strong safety for today’s NFL. As a ceiling comparison, Abram plays the game like former Seahawks safety Kam Chancellor.

Out of this entire group, Thornhill seems like the best fit for the Patriots on day two. The Maryland safety tested in the 99th percentile as a combine standout and has the versatility to play multiple spots on the backend. Thornhill started his career at corner before moving to safety and still has the man coverage abilities of a cornerback. As a deep safety, he’s got the range and processing skills to be a stud in that role and is a terrific open-field tackler to prevent big plays. My favorite aspect of Thornhill’s game is how he treats every throw like the quarterback is targeting, and he’ll get on his horse to support his teammates to get the ball carrier on the ground. Thornhill is still a little raw as he makes the transition from corner to safety. His pursuit angles are inconsistent, and there are some coverage busts on his tape due to inexperience, but he has the potential to play a similar role as Devin McCourty in the Patriots defense.

Hooker almost didn’t make this list because his skill set is a bit redundant to Duke Dawson, the Patriots’ second-round pick last season. However, his game is easily translatable into the “star” role in the New England defense that’s currently occupied by Patrick Chung. Hooker also had a great combine workout landing in the 85th percentile with a 4.48 in the 40-yard dash and a 6.81 three-cone time. He’s a physical player both as a bump and run man coverage player in the slot and a run support safety in the box. He also has terrific instincts and awareness as a short zone defender flashing ball-hawking skills as a roamer. Despite his straight line speed, he doesn’t project as a deep safety due to a tight back pedal and slow hip transitions, but his leadership and skill set fit the Patriots well.

The question is not if the Patriots will draft Hampton but how early will Belichick reach on him? I’m half kidding, but Hampton fits the Patriots to a tee, and it’s not just because he went to Rutgers. Hampton was a team captain and leader of the Scarlet Knights defense that has the versatility to play deep safety or in a hybrid linebacker role. He has above-average ball tracking skills, is a decent downhill trigger from a backpedal or off-coverage and attacks the catch point to jar the ball loose. He’s also an aggressive run defender that has a good feel for pursuit angles and makes his presence felt in that phase of the game. Hampton had a career role as a core special teamer playing on four different units and starring on kick and punt coverage. He needs better anticipation in coverage and is a see-it, play-it zone defender right now which limits his effectiveness. Nevertheless, he’s going Patriots written all over him with his leadership skills and four-down versatility.