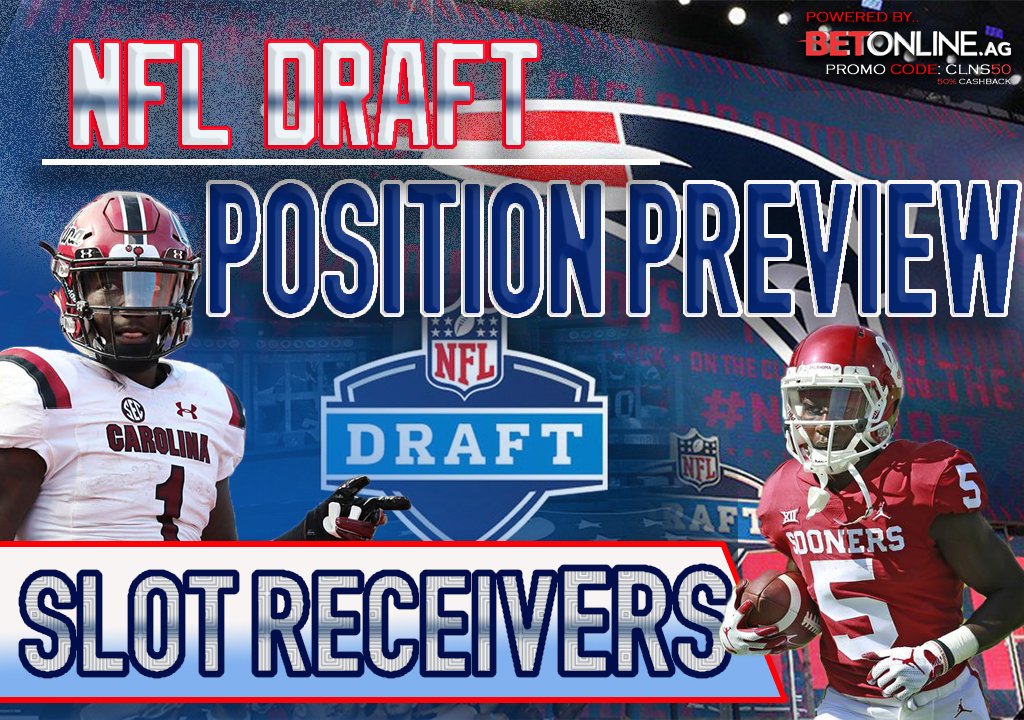 This is part four of a position-by-position series previewing the best Patriots fits in the 2019 NFL Draft.

As we continue to look at fits at the wide receiver position for the Patriots, this installment takes us to the prospects that project as “Z” receivers in the New England offense.

The Z receiver or “flanker” starts off the line of scrimmage, which allows the offense to put him in motion before the snap, and will run routes from both the slot and outside.

For the Patriots, Super Bowl MVP Julian Edelman typically occupies this role in the offense, putting into perspective how critical it is to the success of the New England attack.

By playing Edelman off the line of scrimmage, the Patriots can move him around the formation to help Tom Brady decipher the coverage and give Edelman more free releases.

Here are the best fits for the Patriots in this year’s draft that project as Z receivers at the next level:

Brown is an electric talent that has game-breaking speed to go along with jitterbug short area quickness. On tape, he’s the second-best receiver in this class in my grading. Brown makes up for lack of size with elite deep speed that will rival some of the fastest players in the NFL next season and can stop on a dime to create separation at the top of the route. His speed and lateral agility then translate after the catch where he’s a threat to take it to the house every time he touches the ball. Brown ran routes both on the perimeter and out of the slot in Lincoln Riley’s offense and was productive in both spots. Unfortunately, Brown suffered a Lisfranc injury to his foot at the end of last season that forced him to sit out the pre-draft process and portions of the Orange Bowl, a scary injury for a receiver. Other than his size and durability, Brown struggled with drops and competing at the catch point, but the talent is undeniable.

My favorite prospect on this list is Deebo Samuel out of South Carolina. Samuel will likely take more snaps in the slot than out wide as a pro, but he offers enough versatility to play on the outside. He’s an explosive receiver that bursts off the line of scrimmage and into his route forcing defensive backs to retreat instantly. He does a great job of creating separation throughout his route by attacking leverages and uses his hands to keep his body clean against aggressive corners. Samuel is also one of the best receivers after the catch in this class due to elusiveness and a stocky build breaking 21 tackles on his 62 receptions last season. The South Carolina product has wiggle at the top of the route and caught eight red zone touchdowns a year ago. Samuel has an injury history too, however, with a fractured fibula in 2017 and a hamstring issue the year before, but he’s getting top 40 hype as we get closer to the draft.

Ridley is a fascinating case study of how the pre-draft process can knock a prospect down the board. The brother of Falcons wideout Calvin Ridley, Riley was a consensus top prospect in this class a year ago, but average production in 2018 (43 catches, 559 yards, nine touchdowns) and a subpar athletic profile (27th percentile) turned a possible first-round pick into a mid-round prospect. However, Ridley’s route running is arguably the best in this class, which is why I still view him as a top five receiver in the draft. Ridley accelerates with haste in his stems forcing corners to speed turn and can stop on a dime as quickly as he gets upfield. He also uses a series of jab steps, fakes and a rocker step at the top of his routes that tormented defensive backs in college. He might not be an elite athlete, but his route nuances should allow him to separate in the NFL. The Pats were high on his brother, and they have a newfound love for the University of Georgia. Don’t be surprised if Ridley is a Patriot next season.

If the pre-draft process hurt Ridley, it did the total opposite for McLaurin. He averaged 20.0 yards per catch for the Buckeyes last season and had solid production given the plethora of weapons in the Ohio State offense (35 catches, 701 yards, 11 touchdowns). McLaurin then tested in the 95th percentile with a 4.35-second 40-yard dash at the combine. His route running showed up on tape, but to solidify himself in the second round conversation, McLaurin wowed scouts at his Pro Day with an expansive route tree. He runs with low pads which helps him transition in and out of breaks with ease, uses a series of fakes to open his hips creating throwing windows and tracks and adjusts to the ball in the air well. Last season, McLaurin wasn’t always consistent with his route running technique, but there are countless examples of his prowess in that regard. Finally, from a Pats perspective, McLaurin was a standout special teamer as one of the best punt gunners in college football. He projects as a number two or three receiver offensively, but his four-down versatility will likely catch Bill Belichick’s eye.

Lodge has some of the best route releases in this class, something he told me he developed after press coverage gave him fits early on in his career. Against press coverage, he will get up on the defender to limit the effectiveness of a jam and then time a move perfectly to shake the defender at the point of attack and also has violent hands to swat jams off of him. Lodge has terrific body control and makes acrobatic catches along the sideline. He has a good understanding of leverages and will get into a defenders body and win with body positioning. The knock on Lodge is that most of his routes came on a vertical plane, and overall, he’s inconsistent. One play you’ll see him snagging one-handed catches or dusting a defender at the line of scrimmage, and then you won’t see or hear from him again after that. He also was a below-average combine tester scoring in the 19th percentile. If he can put it all together, Lodge might end up being the best receiver out of Ole Miss in this class.

Sills is a converted quarterback that’s a highly intelligent route runner as a result. His ability to process coverage and adjust his routes accordingly would fit the New England system perfectly. The West Virginia product is a long strider that can open up on defensive backs to make up for a lack of blazing speed, and his solid three-cone time (6.97s) translates on tape. Along with route adjustments, he also uses eye, and head fakes to take the coverage away from him and is physical with this hands at the line of scrimmage to beat press coverage. Sills had nine red-zone touchdowns last year mostly using his size and physicality. He’s not the most explosive athlete, and he struggled with drops as he learns the position, but his intelligent route running makes him an intriguing mid-round option for New England.

No, he’s not the son of Patriots legend Stanley Morgan, but the Nebraska product can play and is a Patriots fit. Athletically, Morgan tested in the 89th percentile and posted the second-best three-cone time out of the receivers at the combine (6.78s). He’s also a sound route runner that varies his speeds throughout his patterns and has a series of fakes at the top of the route to create separation. Morgan does a great job of setting up defensive backs in his route breaks and uses head fakes along with jab steps to juke defenders downfield. He also has a devastating stiff arm after the catch that makes for some good highlight runs. Morgan is terrific against off-coverage but will need to develop his releases against press coverage. Overall, his profile fits what the Patriots look for from a route running and lateral quickness standpoint.