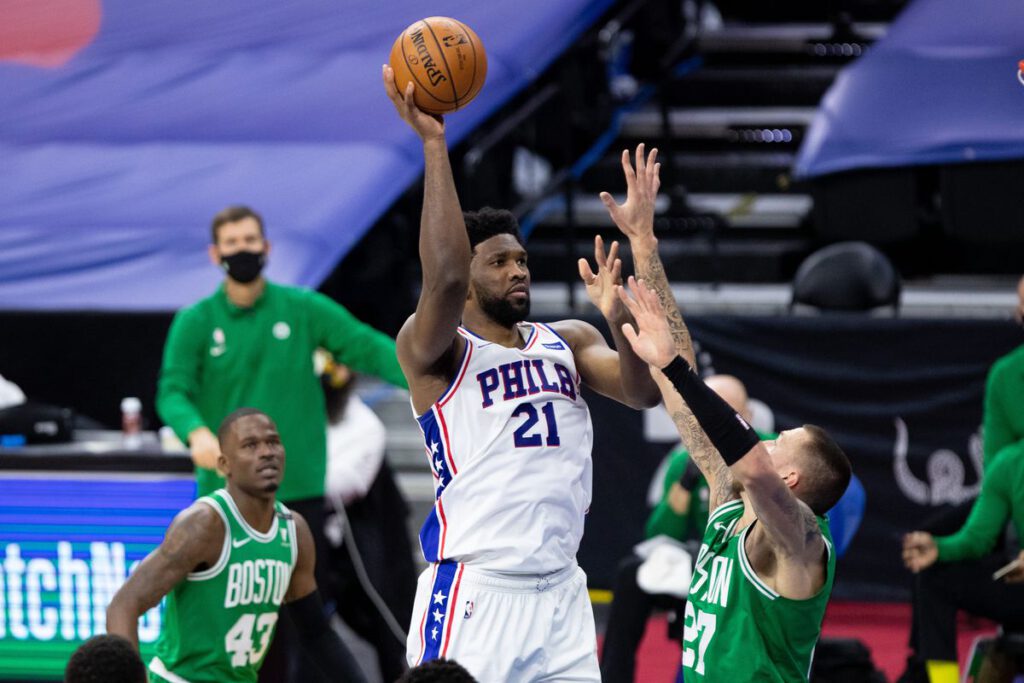 The Boston Celtics (8-5, 7-6 ATS) and Philadelphia 76ers (10-5, 8-7 ATS) play at 7:30 to cap their two-game series in what will mark Boston’s final game in Philadelphia until their inevitable playoff series.

Seth Curry (COVID) cleared his conditioning hurdles and is probable to return, while Jayson Tatum is back in Boston working on his ramp-up and will not play. Carsen Edwards and Mike Scott will also be out for their respective teams.

According to the online sports book Betonline.ag, the 76ers are 4.5-point favorites.

The Celtics grew frustrated and sloppy into the fourth quarter for the second consecutive game, worrying about jump ball positioning and a flurry of foul calls against them more than boxing out Danny Green down two points with 1:23 remaining. Boston finally drew Joel Embiid to take a jumper after getting backed inside repeatedly, but Kemba Walker couldn’t seal off Green and Shake Milton iced the game with free throws.

Walker, now allowed 25-28 minutes, acknowledged the difficulty of playing late after spending most of the second half on the bench. His scorching 5-of-6 start from three built a 61-58 halftime lead.

Embiid’s slick passes out of doubles and insistent posting (four straight scoring possessions) in the fourth quarter took Tristan Thompson out of the game with fouls and frustrated Daniel Theis. The Celtics torched Philadelphia’s defense enough with pick-and-rolls to feel good about this matchup with Tatum involved, but he’s again out tonight.

Could we see more Theis and less Thompson tonight as we did on Wednesday? It wouldn’t be stunning to see Brad Stevens make more adjustments inside, after he acknowledged Thompson is working from behind after missing training camp with a hamstring injury yesterday. Thompson’s impact defensively against Embiid proved minimal, while Theis’ minutes sparked enough offense to outscore Philadelphia by nine points in his minutes.

Thompson is holding his weight on the boards and providing next nearly no offense, while struggling to contest shots and isn’t providing the expected switchability. Theis doesn’t drop enough weight or rebounding to overrule his shooting, transition defense and rolling helps Boston’s pull-up shooting and defense. With Thompson off the court, Boston is beating opponents by 4.4 points per 100 possessions this season and 9.7 points better overall.

It’s important for the Celtics eventually integrate Thompson for matchups like Embiid later in the season. For now, Robert Williams III probably warrants digging into Thompson’s minutes too, given Williams’ rebounding, vertical spacing, finishing and rim protection. Williams is on a tight minutes limit, roughly 10 minutes, as he recovers from COVID.