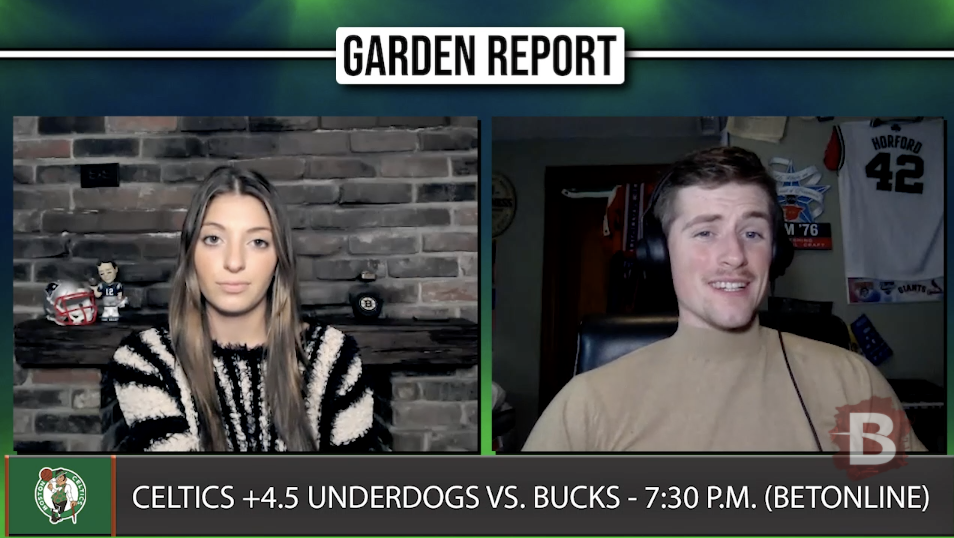 The Boston Celtics and Milwaukee Bucks open their season at 7:30 p.m. EST on TNT in Boston. The Celtics lost both preseason games and enter with Kemba Walker and Romeo Langford out, while Tristan Thompson is a game time decision. He was not listed on the team’s injury report yesterday.

According to the online sports book Betonline.ag, the Bucks are 4.5 favorites. They have beaten Boston in four of their last six matchups going back to the 2018-19 season.

Milwaukee’s backup point guard D.J. Augustin traveled to Boston, but will not play due to a left calf strain. Giannis Antetokounmpo missed the Bucks’ final preseason game with a back injury and will play tonight.

The Bucks added defensive star Jrue Holiday at the point guard spot while Thompson adds a new defensive element and size to Boston’s unit if he plays. Rookies Aaron Nesmith and Payton Pritchard make their NBA debuts after mixed preseason returns, while Khris Middleton shot 50% from the field, 40% from three and 90% from the free throw line against Boston last year.

Kemba Walker, out into January on a stem cell program for his knee, averaged 29.3 PPG against Milwaukee last year.