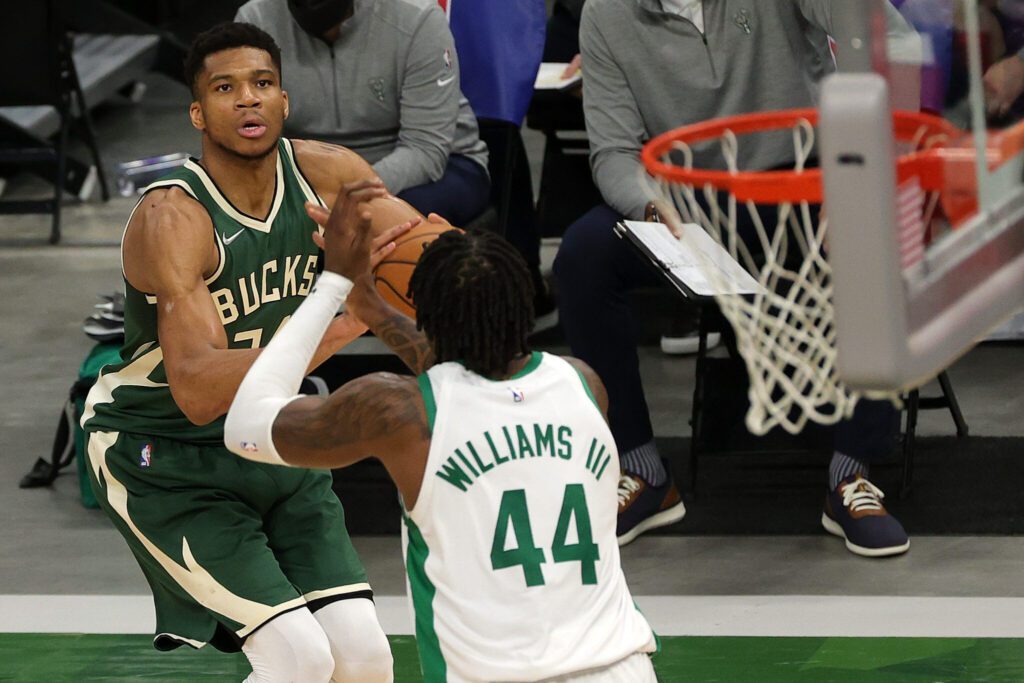 MILWAUKEE, WISCONSIN - MARCH 24: Giannis Antetokounmpo #34 of the Milwaukee Bucks takes a three point shot over Robert Williams III #44 of the Boston Celtics during the second half of a game at Fiserv Forum on March 24, 2021 in Milwaukee, Wisconsin. NOTE TO USER: User expressly acknowledges and agrees that, by downloading and or using this photograph, User is consenting to the terms and conditions of the Getty Images License Agreement. (Photo by Stacy Revere/Getty Images)
Share
Facebook Twitter Email
Share. Facebook Twitter Pinterest LinkedIn WhatsApp Reddit Email