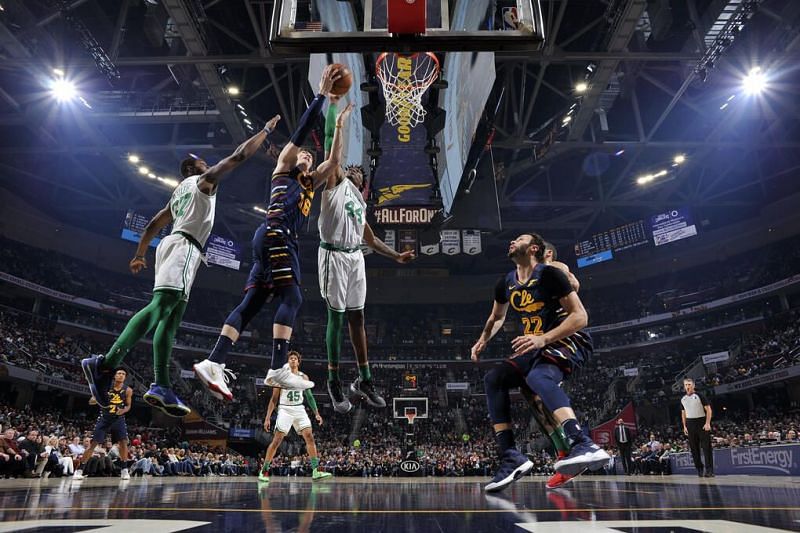 Jayson Tatum (COVID) continues to recover and regain his conditioning toward returning for his first game since Jan. 8. He will miss another tonight, while Carsen Edwards returns from the protocol.

Payton Pritchard is out for roughly two weeks after spraining his knee against Philadelphia and Aaron Nesmith (back) was upgraded to questionable. Kevin Love (calf) and Matthew Dellavedova (concussion) are out for Cleveland.

According to the online sports book Betonline.ag, the Celtics are 6.0 point home favorites.

Say hello to a new player in the east. It’s early, but the Cavaliers look poised to make the NBA Playoffs behind their top-two ranked defense — which exited a sweep of the Brooklyn Nets with a 106.0 defensive rating intact. Andre Drummond, Jarrett Allen and Javale McGee carve out the best center trio in the league. Collin Sexton is an offensive juggernaut to start his fourth NBA season.

New additions Taurean Prince and Allen unloaded on their old team in their first games since the James Harden trade sent them to Cleveland. Allen’s teams outscored Boston by 16 points per 100 possessions during his minutes in his career.

All these pieces form a hardened group on the offensive glass (third in NBA), limits possessions (fifth) and shots at the rim (ninth). They are susceptible to the three (38.7%) and are a net negative (-2.3) per 100 possessions due to their sloppy offense, headlined by Andre Drummond’s unwatchable dribble drives.

They’re a scrappy group reminiscent  of the Isaiah Thomas era Celtics and continue to integrate more young talent like Dylan Windler. Sexton is the center of everything they do, shooting 47% from three, while his running mate Darius Garland has struggled with injuries and nails pull-up threes.

Tristan Thompson struggled mightily in his biggest test of the season, guarding MVP frontrunner Joel Embiid, who hit 9 of his first 10 shots deep into the series. Drummond’s lack of a pull-up jumper, 6’11” height and dependency on offensive rebounding is a better matchup for Thompson.

Theis is struggling against second-unit P&Rs this year on defense, allowing 1.5 points per possession. Can Jaylen Brown simply will his way past Cleveland’s defense like he almost did against Philadelphia? It’ll be challenging against physical defenders like Prince and the rookie Isaac Okoro, but he’s so hot driving and shooting they’ll be hard-pressed to pile up stops. Sexton and Garland are torchable defensively for Kemba Walker. The question, as it’s been all year for Boston, will Walker get stops the other way?