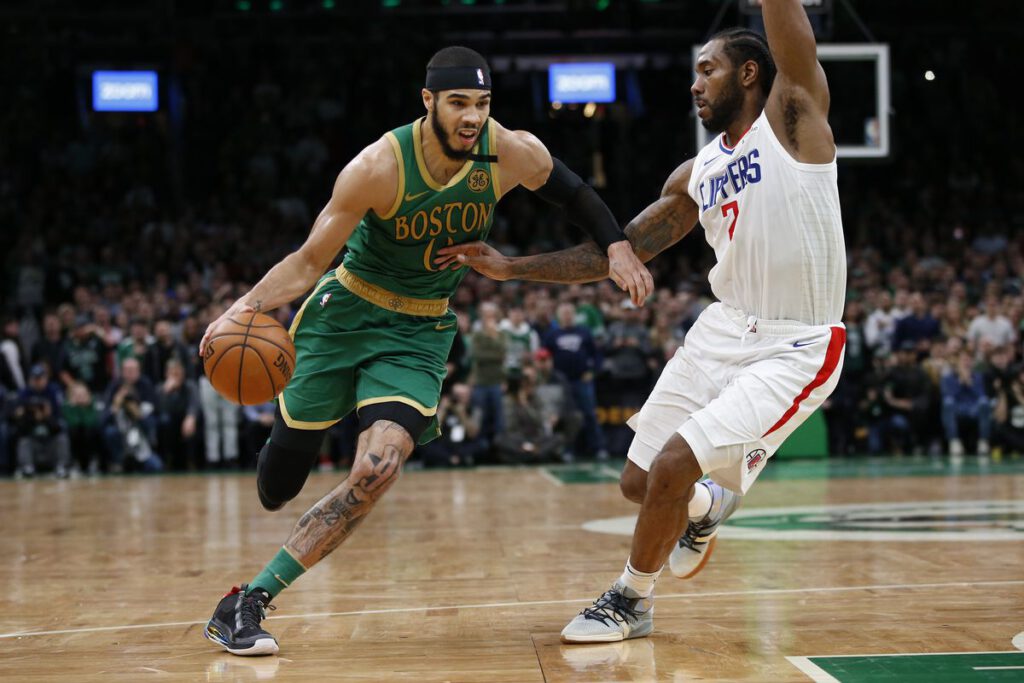 The Boston Celtics (11-9, 11-9 ATS) visit the Los Angeles Clippers (17-6, 14-9 ATS) in ESPN’s prime time slot at 10 EST in their most challenging matchup of the season. They may enter it without most improved player candidate Jaylen Brown.

According to the online sports book Betonline.ag, the Clippers are 6.5 point favorites amid Boston’s injuries and LA’s top-tier start to the season. They’ll be without Patrick Beverley (knee).

Even if you don’t consider the Clippers championship favorites after their 3-1 collapse against the Denver Nuggets and near first round loss to Dallas in the bubble, their regular season dominance is unmistakable. The Lakers, Jazz and Clips have established their own echelon through the quarter point of the season.

Kawhi Leonard and Paul George average 50.6 points per game to lead the second best offense in basketball (118.3 points per 100). George is shooting 48% from three on eight attempts per game, while Serge Ibaka continues his red-hot shooting streak from the Raptors-Celtics series in a new location. His floor spacing will challenge every Boston center, along with fellow new additions Luke Kennard and Nic Batum all shooting 40% from three.

They keep opposing teams away from the offensive boards between Ibaka, the wings and Ivica Zubac. All that personnel is enough to slow both Jayson Tatum and Brown if they both suit up. The Celtics’ chances are dependent on Kemba Walker and a possible Pritchard return being enough to torture LA’s back court without Beverley.

Ty Lue’s group has established an overwhelming possession game. They give away only 13 turnovers per game, limit opponents to the third-fewest (85) shot attempts per game and eighth-fewest (20) free throw attempts. They’re also a top-10 three point defense team in the league, while averaging the best mark from outside themselves.

It’s difficult to imagine the Celtics winning this one even with their recent defensive resurgence. If Brown sits, forget about it.

That was a different Boston team, more adept at hammering guards like Lou Williams and Montrezl Harrell in the pick-and-roll on offense with four scoring wings. Now, questions about Walker’s consistency and finishing throughout games, and the C’s own defensive lapses hurt their ability to build and maintain leads. The Kings loss on Wednesday stemmed from lapses by Jeff Teague and collapses that allowed Tyrese Haliburton to drill five threes, and a first quarter nightmare against Golden State could become even scarier if repeated tonight.

This Clippers team is much better than the Kings, and Doc Rivers’ group one year ago. Leonard is averaging 29 PPG over their last seven, with LA winning 10 of their last 11 when he and George play.