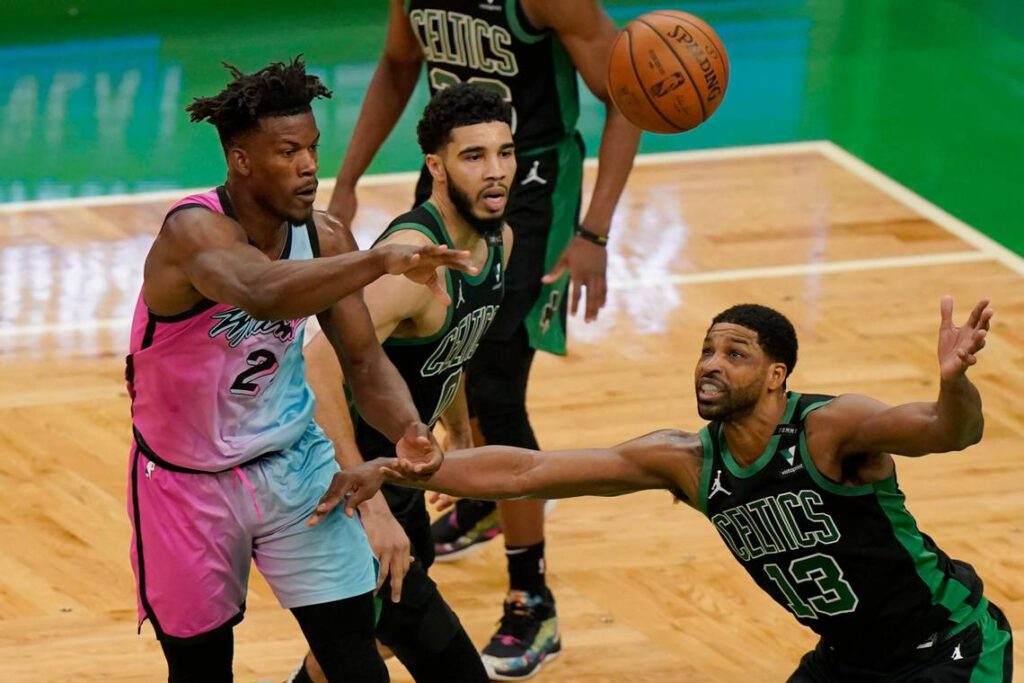 According to the online sports book Betonline.ag, the Heat are 1.5 point favorites.

Victor Oladipo is the lone Miami absence, as he continues to deal with a knee issue.

Jaylen Brown would miss the remainder of the 2020-21 season. He will undergo surgery to repair a torn ligament in his left wrist. Robert Williams will also be out for tonight’s game with turf toe.

Jimmy Butler led the Heat in points (26), rebounds (8), and assists (11) on Sunday. Miami also had a very successful three-point attack, led by Duncan Robinson (6-10 3PT). They had five players make two or more three-pointers and six players score in double figures. Miami shot 57.3% from the field and 45.7% from deep.

Including the win vs Boston on Sunday, the Heat won five of their last six games. They sit at 37-31 on the season, good for sixth place in the Eastern Conference.

The Celtics stand two games behind Miami in the standings, with the tie-breaker on the line tonight. Boston is 35-33 this year and is seventh in the Eastern Conference, the top seed in the play-in tournament.

Allowing 79 points in a single half is unacceptable. Boston’s defense has been dreadful in recent weeks, which was 25th in terms of defensive rating (119.6) over the last five games. The Celtics have allowed 123.8 points a game over that span, which ranks 25th in the league. Boston has a top-10 offense in the last five games (ORTG 119.3), so keying in on defense has to be the priority.

An efficient game from behind the arc is crucial to the success of the Celtics. With Brown and Williams sidelined, Boston will have to move the ball and find open shots. When they shoot less than 37% from deep this season they are 7-22. When that magic number is 37% or higher, they are 28-11. The C’s need to prioritize creating good looks from deep instead of settling for bail-out threes at the end of the shot clock.

The C’s have an uphill battle tonight. A severe lack of defensive presence in recent weeks and no Robert Williams does not bode well for them.