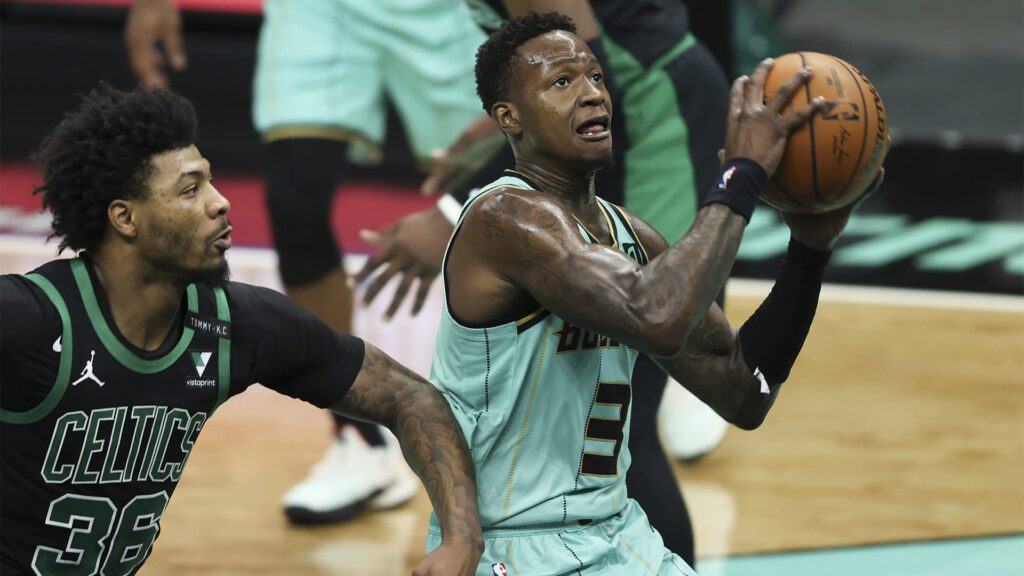 The Boston Celtics (32-30, 30-32 ATS) suffered a devastating loss at the hands of the Thunder (21-41) last night, losing 119-114. The C’s have now lost three straight and are looking for revenge tonight vs. the Charlotte Hornets. Charlotte took down Boston this past Sunday, blowing them out 125-104.

According to the online sports book Betonline.ag, the Celtics are 7.5 point favorites.

Charlotte is still dealing with the same injuries as this past Sunday. Gordon Hayward, Malik Monk, LaMelo Ball, and Nate Darling are all listed as out. However, Ball is making significant progress towards a return, and James Borrego said he could participate in live practice soon.

Kemba Walker (side) is the only Celtic out. Robert Williams III is scheduled to return after missing seven straight games, along with Jayson Tatum after missing yesterday’s loss with ankle pain.

Not much has changed since the last time these two squads faced. Terry Rozier still leads the team in scoring and has been on a tear lately, putting up over 20 points in six of his last seven games. Miles Bridges has also been on fire, scoring 15+ in nine of his last eleven games. Devonte’ Graham and PJ Washington round out the team’s top scorers as of late. All four of those guys scored 20 or more in their beatdown of the C’s on Sunday.

The Hornets will be playing on night two of a back-to-back. They fell to the Milwaukee Bucks last night, losing 114-104. They are 30-31 on the season, good for eighth in the Eastern Conference, 1.5 games behind Boston. Charlotte has now lost seven of their last ten games.

Jayson Tatum and Kemba Walker did not play yesterday, so it Jaylen Brown led in the scoring column. He put up 39 points to go along with 11 rebounds and four steals against the Thunder. Payton Pritchard posted a career-high 28 points yesterday, averaging 15.2 points a night over the last five games.

With their loss to the Thunder, Boston has lost three in a row. They have won six of their last ten games and sit at 32-30 on the season. They are tied with the Miami Heat for sixth in the Eastern Conference, and only 1.5 games ahead of the eighth-seeded Hornets. The team went 8-2 in Robert Williams’ starts, as he prepares to make his return.

This past Sunday, the Hornets put up 39 assists. This was the most against the Celtics since 1996. If the C’s want any chance tonight the defensive intensity has to be at an all-time high.

Boston had 13 turnovers against the Hornets and a lot of them were completely unforced. The lazy passes and not getting back on defense have to stop. That kind of attitude won’t win basketball games. Jaylen Brown said it best in his postgame interview last night – “we [the Celtics] don’t have a team that can not show up and win games.”

The Hornets scorched Boston behind the three-point line on Sunday. This goes along with the point of defensive intensity, but hitting rotations has to be a top priority. There were too many times where guys were getting clean looks. The issue continued vs. the Thunder last night, as Boston continuously left Ty Jerome open from range.