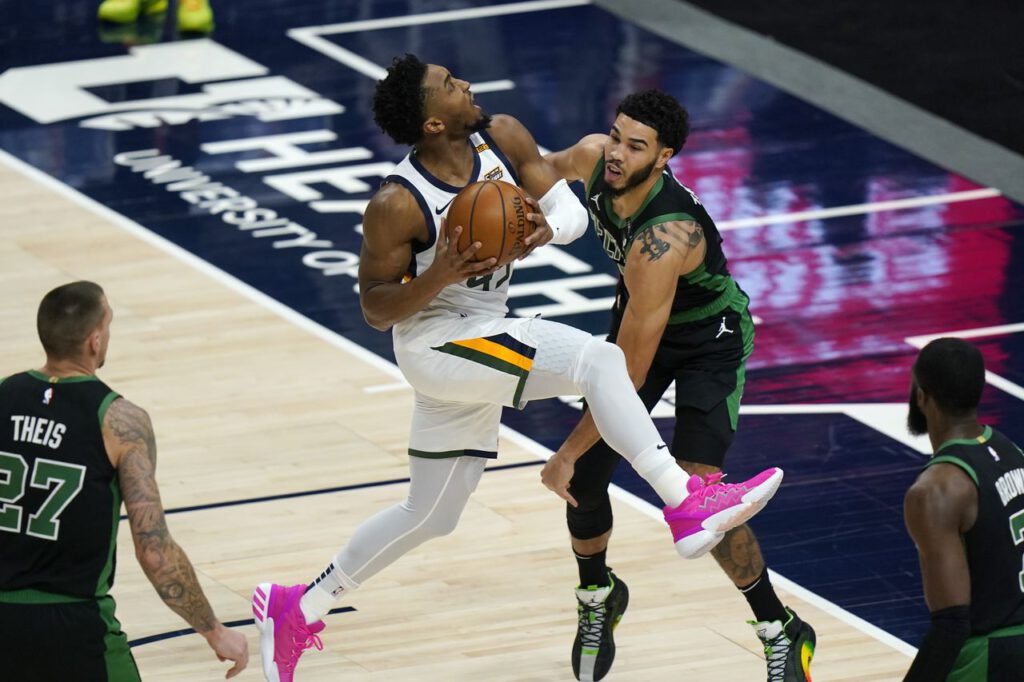 According to the online sports book Betonline.ag, the Boston Celtics are 5-point favorites:

The Jazz are dealing with a few injuries of their own. Bojan Bogdanovic (calf), Danuel House Jr. (knee), and Udoka Azubuike (ankle) are all listed as out.

Boston is coming off of an extremely successful West Coast trip, to say the least. Not only did they go 4-0, but they were blowing teams out. They won those fours games by an average of 20 points, taking down the Golden State Warriors and Denver Nuggets in the process. They bounced back in a big way after a tough loss to the Dallas Mavericks and are back on track toward the top of the East.

Speaking of that, the Celtics now sit at 45-28 on the season, which is good for fourth place in the Eastern Conference. However, they are effectively tied with the Philadelphia 76ers for third place and sit only half a game back of the Milwaukee Bucks in second. Boston is also only 2.5 games back of the Miami Heat in first place. With nine games left, there’s a lot of room for movement.

As mentioned, the Jazz are coming off of a loss to the Nets where Kevin Durant took over. But before that, Utah had won four of their last five. Since the All-Star break, the Jazz are 9-5 and Donovan Mitchell has been playing out of his mind. He’s averaging 26.8 points a night and taking more threes per game (11.8) than anyone else in the NBA. Plus, they still have Rudy Gobert down low protecting the paint.

On the season, Utah is 45-27 on the season, placing them at fourth place in the Western Conference. However, just like the Celtics, they are in a right race for playoff seeding. The Mavs are only one game behind them in fifth and the Nuggets are 2.5 games back in sixth. In addition, Utah is only two games behind the Warriors in third place.