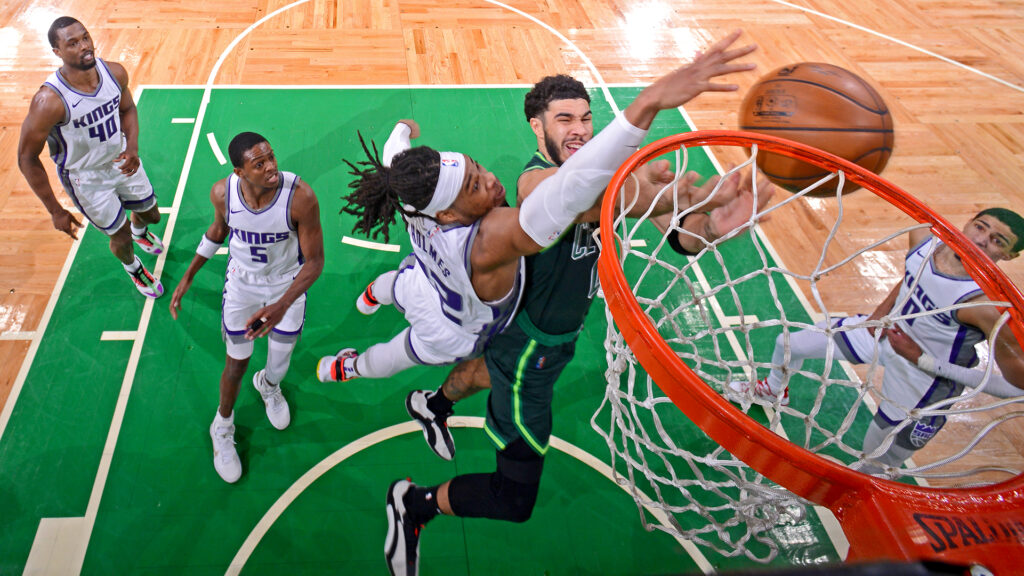 The Boston Celtics (42-28, 34-33-3 ATS) continue their road trip on Friday night against the Sacramento Kings (25-46, 33-37-1 ATS). Boston is hoping to string together a second win in a row while the Kings are looking to bounce back after a loss to the Milwaukee Bucks.

According to the online sports book Betonline.ag, the Boston Celtics are 10-point favorites:

Aaron Nesmith (ankle) is the only player listed on the Celtics’ injury report ahead of their game against the Kings.

Both Jeremy Lamb (personal) and Terence Davis (wrist) are listed as out for the Kings. In addition, De’Aaron Fox is questionable due to a right hand injury.

The Celtics took down the Golden State Warriors in their last game, 110-88. It was a great team win, as the C’s dominated on the defensive side of the ball. Golden State made a run in the third quarter, but Boston closed things out in the fourth. It was the perfect bounce-back win after a tough loss to the Dallas Mavericks on Kevin Garnett’s jersey retirement day.

Boston’s win over the Warriors brought them to 42-28 on the season. And for the first time this season, the Celtics are a top-four team in the Eastern Conference. They are half a game up on the Chicago Bulls, but also not too far behind the teams above them. Boston is one game behind the Philadelphia 76ers in third and two games behind the Bucks in second.

The Kings are coming off a tough loss to the Bucks. Sacramento has lost five of their last six games and is now 3-7 in their last ten. Since they added Domantas Sabonis at the trade deadline, the Kings have gone 5-10. This is only half a game better than the Indiana Pacers (4-10) who they traded point guard Tyrese Haliburton to.

For the 16th consecutive year, the Kings have clinched a losing record. They are currently 25-46 on the season, which is good for 13th in the Western Conference. When they traded for Sabonis, the clear goal for them was to make the play-in. As of now, though, they are four games out of the tenth seed and their chances of making the playoffs are fleeting.