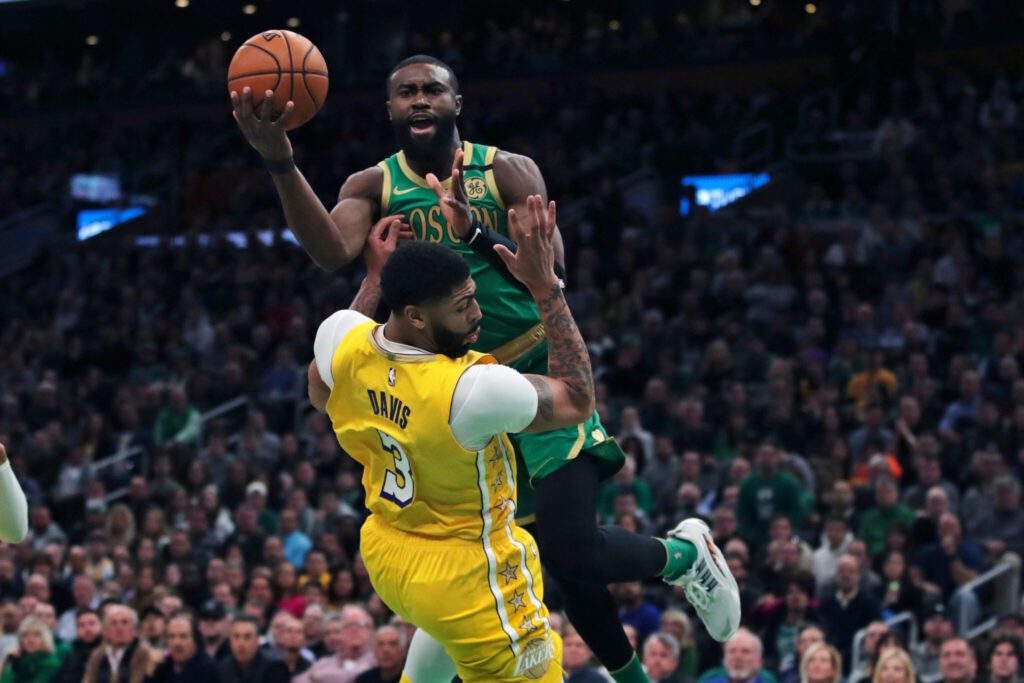 LeBron James and Anthony Davis, who missed the Lakers’ loss to Detroit with a quad injury, are listed as questionable for the game, with Jared Dudley (quad) out for LA.

According to the online sports book Betonline.ag, the Lakers are 2.0 point favorites, indicating LeBron and Davis will suit up.

The Lakers once again stand alone among dominant NBA defenses, leading the league with a 104.9 defensive rating as they’ve committed to that end while much of the league has struggled defensively in 2021.

Uncertainty over whether LeBron would play early this year just two months removed from his and the Lakers’ NBA championship subsided — and he’s the early frontrunner for NBA MVP.

“He’d be a multiple time more MVP award winner if people weren’t bored and looking for other things to talk about,” Brad Stevens said on Friday.

The team took a rough loss to the Pistons with Davis out on Wednesday where they only scored 34 points in the first half. The Utah Jazz have surpassed LA in the west during this two-game Lakers losing streak during a 7-game east coast swing.

“I think we just weren’t connected defensively at the level we were kind of supposed to be,” Kyle Kuzma said.

The Celtics should get up for this one, with only Gordon Hayward missing from their dominant showings in two games against the Lakers last year. Tristan Thompson and Daniel Theis’ improved play this week, the ability to pair them together, plus Tatum and Brown back and rolling provides enough two-way production.

Brad Stevens is struggling to find consistency outside of the starters though. Kemba Walker and Robert Williams III remain limited in their return from knee and COVID ailments. The backup guards production disappeared without Pritchard. The rotation wings provide mixed results, while Grant Williams has rarely been playable at the four. It resulted in a 13-man rotation against the Spurs and a dismal defensive showing in the second quarter.

Marcus Smart said on Saturday morning that Boston’s defensive lapses come down to effort and attention to detail. The Spurs shot 10-for-10 to close the second quarter and 20-for-25 into the third during Wednesday’s disastrous loss.

Offensively, Tatum and Brown are combining for 53.6 points per game, or 47.6% of their offense. The top-ranked defensive rebounding Lakers will make it harder for Boston to crash the offensive glass, where they rank sixth to star the year.