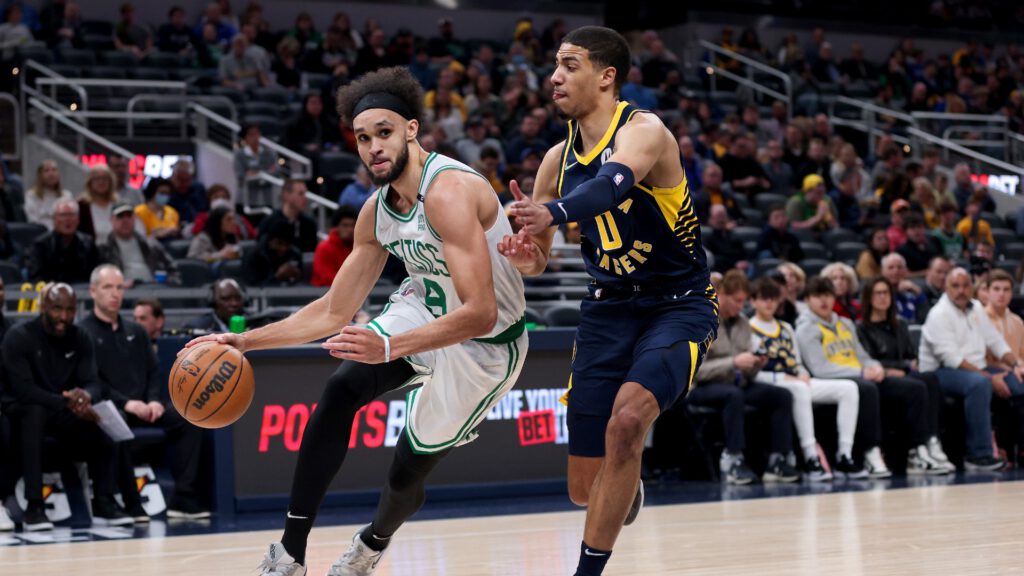 The Boston Celtics (47-30, 39-35-3 ATS) continue their homestand on Friday night, welcoming the Indiana Pacers (25-52, 34-41-2 ATS) to town. Boston will be hoping to snap a two-game losing streak, while Indiana looks to break a five-game losing streak of their own.

According to the online sports book Betonline.ag, the Boston Celtics are 15-point favorites:

Robert Williams is the only player listed on the Celtics’ injury report ahead of their game with the Pacers.

The Celtics got their first taste of what life without Williams is truly like, losing to the Miami Heat on Wednesday night. It was a hard-fought game, but Boston seemingly lost their composure down the stretch, letting the refs get into their heads. It was their second loss in a row after losing to the Toronto Raptors on Monday, marking their first losing streak since the end of January.

With the two losses, the Celtics find themselves at third in the East, staring at a first-round date with the Raptors for now. That being said, they are 1.5 games back of the second-place Milwaukee Bucks and only half a game in front of the fourth-place Philadelphia 76ers. With five games left, however, there’s still plenty of time for the standings to change.

The Pacers lost to the Denver Nuggets in their last game, but put up an impressive fight. After being down 43-15 in the first quarter, they battled all the way back to make it a tie game heading into the fourth. They ultimately fell to Nikola Jokic’s greatness, but that sort of resilience is great to see from a young team. Tyrese Haliburton and the rest of their young squad look ready to make quick improvements next year.

The fight they showed against Denver is the perfect example of how the Pacers are the Kings of Tanking. Indiana is 25-52 on the season and in line to get a top-five pick in the NBA Draft. They’re keeping games close, putting up a fight, but still piling up losses. That’s exactly what the general managers of young, up-and-coming teams want to see from their roster.