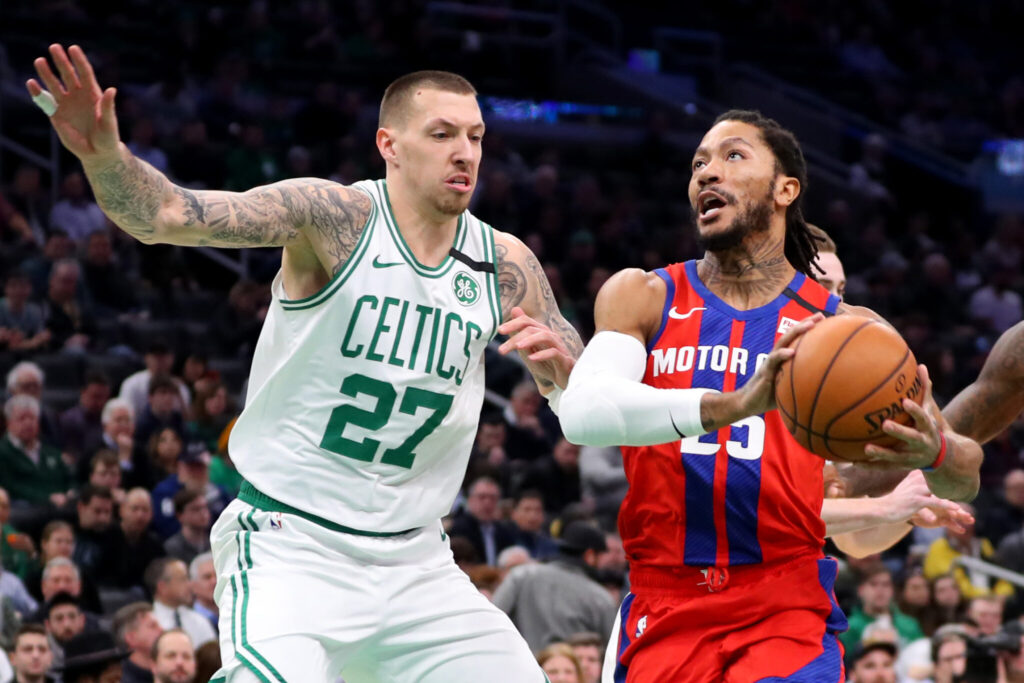 The Boston Celtics and Detroit Pistons meet at 7 p.m. tonight to begin 2021. Blake Griffin is out for the Pistons with a concussion, while rookie Killian Hayes (ankle) and Jahlil Okafor (ankle) are questionable to play. Javonte Green remains out for Boston in the NBA’s health protocol.

According to the online sports book Betonline.ag, the Celtics are 8.5 point favorites. The Celtics beat the spread in a blowout win over the Grizzlies on Wednesday, improving them to 3-2 against the spread this season. Detroit narrowly covered one spread, in a 108-100 loss to the Hawks, as they stand among the worst NBA defenses to start 2020-21.

The Pistons are a dreadful defensive unit and Boston displayed what it can do to a shorthanded, lackluster defensive performance during an 126-point offensive explosion featuring a career night for Jaylen Brown. That said, Detroit does boast some personnel to challenge the Celtics’ own defensive lapses through the early portion of this season.

New additions Jerami Grant and Delon Wright have scored efficiently to buoy an offense with little depth and spacing. Grant is converting 47% on nearly 17 shots per game while burying 37% of his 7.5 threes per game — while blocking nearly two shots each night. Wright is shooting 50% from the field and three.

Detroit tops the NBA in field goals attempted, a credit to their top-three offensive rebounding led by Mason Plumlee, though their efficiency from the field (42.8%) and three (32.1%) lags in the bottom three of the league. They’ve allowed 120.8 points per game (25th) to Minnesota, Cleveland, Atlanta and Golden State — and have yet to hold a team under 110. It’s an awkward ensemble of a declined Derrick Rose and a young raw rookie in the back with big men laboring everywhere that calls back to the Greg Monroe, Josh Smith and Andre Drummond Detroit front court.

The Celtics won’t be winners by halftime again. This one could be over again early though, given Boston’s recent scoring efficiency. The Celtics have the big men in Tristan Thompson, Daniel Theis and Robert Williams III to not get overwhelmed by the Pistons’ size and Detroit doesn’t have the offensive weapons to hang with a surging Brown (28 PPG), Jayson Tatum (23.6 PPG) while Marcus Smart shoots 42.9% from three.

Boston does still rank last in opponent field goal percentage (50%), something to watch for with gamblers anticipating a large spread. Detroit could keep the game close on put-backs and attacking the rim.