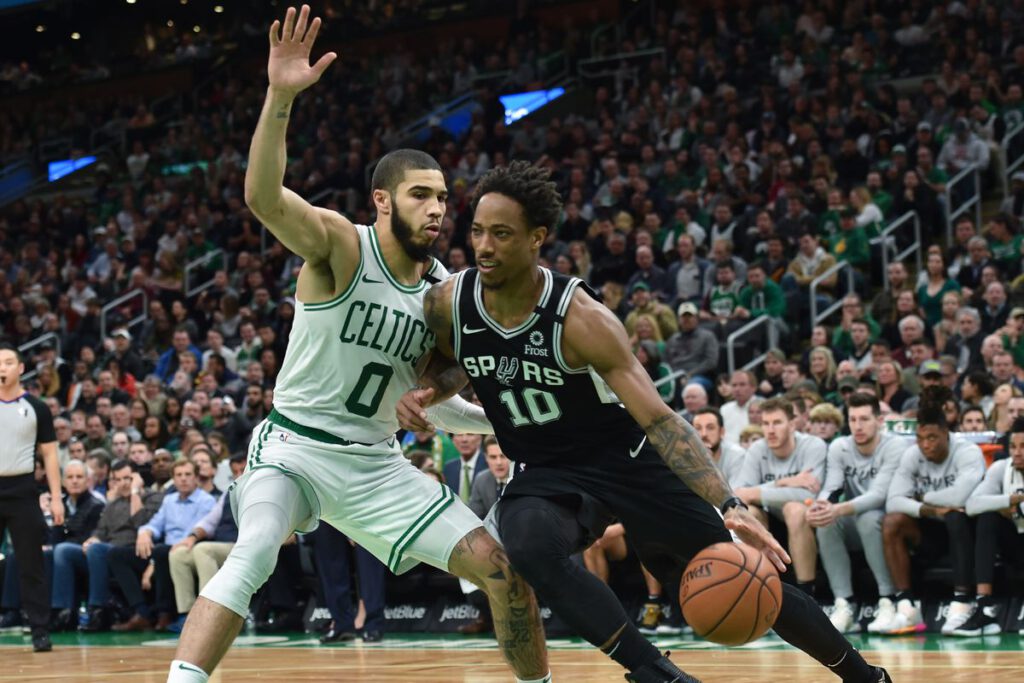 Initial concerns about COVID tests for non-player staff in San Antonio that postponed the Spurs-Pelicans game earlier this week subsided, and only Derrick White (toe) is out for Gregg Popovich’s squad.

According to the online sports book Betonline.ag, the Celtics are 4.0 point favorites with Kemba Walker, Jaylen Brown and Jayson Tatum playing together for the first time this season.

The era of average Spurs basketball is here. San Antonio finished seventh or worse for the third straight season since Kawhi Leonard departed last year, and now float around .500, within play-in tournament range out west. It’s not Spurs-esqe, but beats slow starts by hopeful Pelicans, Wolves and Kings teams.

They play different than most teams in the league, leaning into their talent, DeMar DeRozan, DeJounte Murray and LaMarcus Aldridge, who prefer to operate in the in-between area. Their offense takes the most shots per night in the NBA, with the largest percentage of offense coming from two-pointers of any team.

DeRozan remains an underrated scorer, drilling just under 50% of his 12 looks inside the arc each game. He goes to the line 7.1 times per game and converts 89% of his free throws.

San Antonio limits the threes and free throws opponents take, commits the fewest turnovers in the NBA and receive enough shooting from Patty Mills and Lonnie Walker to carve out a narrow positive net rating (+0.4) and record.

The Spurs have enough size and interior defense to bother the Celtics if Boston’s pull-up jumpers don’t fall early. The Celtics have ripped off two straight impressive defensive performances in holding the Cavaliers and Bulls well below league average. Boston can play its starting unit from last postseason with the return of Kemba Walker tonight that ranked top five in defensive rating a year ago.

Offensively, that lineup can be dangerous too, but the Celtics need to limit their turnovers, as they’ve slipped into the bottom 10 of turnover percentage. They’ve overcome that with a top-10 shooting attack.

Going small and maximizing that floor spacing will be difficult against Aldridge, a noted Boston killer. San Antonio worked 115 and 129-point performances a year ago as the teams split the series.

The Spurs play balanced enough to take advantage if the game is close, but their shooting efficiency isn’t good enough to race toward the 120s.