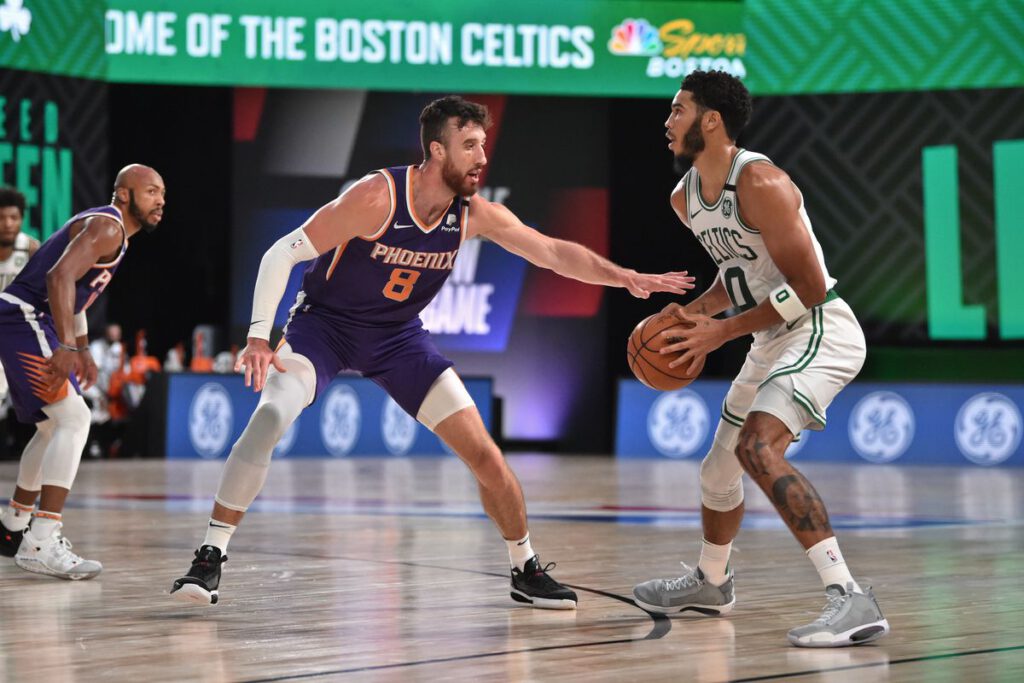 Jaylen Brown (knee) will miss his second straight game along with Marcus Smart (calf) and Romeo Langford’s (wrist) long-term injuries. Brad Stevens does not expect Brown’s knee issue to be similarly burdensome. Daniel Theis (knee) exited Friday’s game against the Clippers early, but is not on the injury report.

The Suns will be without Jae Crowder (foot), Dario Saric (ankle) and Cameron Payne (foot).

According to the online sports book Betonline.ag, the Suns are 2.5 point home favorites. They’ve lost three of their last five in Phoenix and recently dropped six of eight before a three-game win streak with a sweep over Dallas.

Monty Williams transformed the Suns into the sweetheart of the Bubble at 5-0 and have returned as a top-tier west team. Their defense went from 17th to 5th (108.3 points per 100) and they’ve struggled offensively while playing at one of the slowest paces in the league.

They’ve struggled to reach 110 points and find scoring outside of Booker lately, while the Celtics have risen to 11th in defensive rating during this recent road trip.

Devin Booker and Chris Paul have shot 47% and 34% from three as they get used to sharing the team’s on-ball responsibilities. Paul, Booker and Mikal Bridges knock down mid-range looks at an elite rate, with Deandre Jordan cleaning up 12.8 rebounds per game while finishing 58.5% inside.

Mikal Bridges is a capable defender and Phoenix allows 105 points per 100 possessions with Ayton the floor. Paul will hound Walker and stretch bigs like Cameron Johnson and Frank Kaminsky will challenge Boston’s bigger lineups from the perimeter.

Boston’s rim protection will be challenged by Ayton and Kemba Walker will have his hands full with Paul on the other end too, but recent successful zone sets and another strong Tristan Thompson effort could make a difficult game winnable.

Double-big lineups could be hurt by switches, but allow Boston to keep Phoenix off the glass. The early awkwardness of those groups has evolved into a sharp advantage that frustrates opponents as it did the Clippers late in the fourth.

If Tatum can be Tatum against clogged lanes with help from bench shooting, it’s hard to imagine the Suns having enough firepower to keep up.

Boston has won three straight games in Phoenix, and four of their last five. This is a tougher Phoenix group than in recent years though.