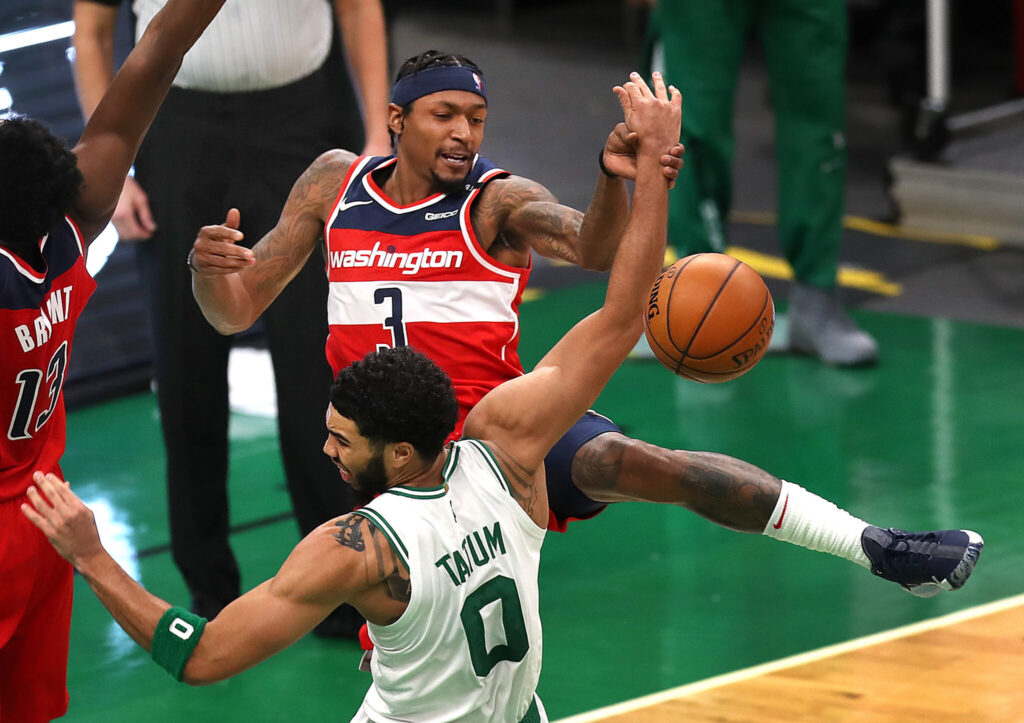 Kemba Walker will play, with Semi Ojeleye (knee) and Robert Williams (hip) are probable to return for Boston. Marcus Smart (calf) and Romeo Langford (wrist) are out.

Ish Smith (quad) and Thomas Bryant (ACL tear) are missing from the Wizards.

According to the online sports book Betonline.ag, the Celtics are 7.0 point favorites

The Wizards league-worst defense continues to allow 120.3 points per game and 116.2 per 100 possessions, as their high-paced games soar to 103 possessions each night. Brad Stevens said pregame that setting the defense and not getting caught in back-and-forth sequences is a key focus today.

Russell Westbrook and Bradley Beal will challenge Kemba Walker and Jayson Tatum on the other end. Last time long-time friends Beal and Tatum faced amid a COVID outbreak for Boston, Beal shot 2-of-4 and Tatum 5-of-12 when they guarded each other.

Jaylen Brown and Tatum managed to score 59 points against against a porous Washington defense in that 116-107 win on Jan. 8. Beal dropped 41 and Westbrook struggled, but he’s averaging 21.5 points, 8.5 rebounds and 7.8 assists per game since he had his own 41-point outing against Brooklyn six games ago.

Do Brown and Tatum have to carry 60% of the offense again, or will players like Semi Ojeleye, Payton Pritchard and a resurgent Robert Williams contribute?

A more fully-loaded Celtics team should win this one. These Wizards are worse than Detroit, despite their similar records, due to their lack of defensive fortitude. Walker and Brown should get plenty of good looks even if Beal can slow Tatum, and his defensive efforts didn’t go a long way last time.

The Celtics (17 TOV%) did get caught up in a back-and-forth last time though, which produced a sensational dunk-and-block sequence for Tacko Fall when he received ample opportunity in that game. Washington also limits its own giveaways, an impressive feat as they run the most possessions per game in basketball.

Watch the return of the Tatum, Pritchard and Williams-led second unit that should inflict heavy damage on the Wizards backups. Like Stevens said pregame through, Boston hasn’t been a team for some time that can create separation.