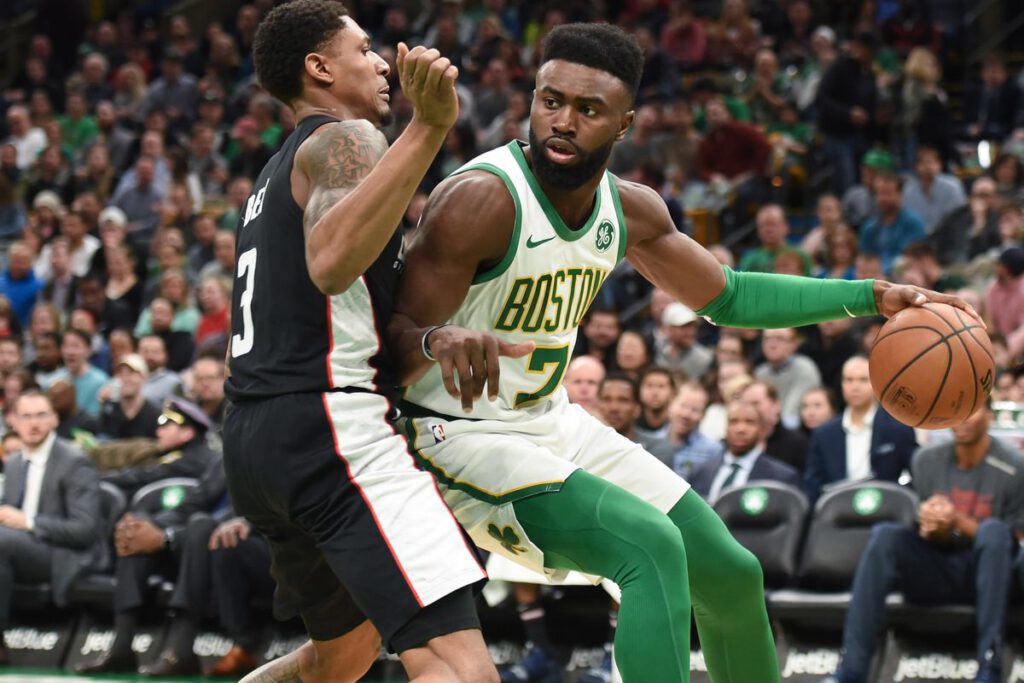 The Boston Celtics and Washington Wizards return to TD Garden tonight after Boston’s four game road trip to play a 7:30 game amid a widening COVID-19 outbreak in the NBA. Boston’s Carsen Edwards, Grant Williams and Tristan Thompson entered the league’s health protocol alongside Robert Williams, who is reportedly positive for the coronavirus and asymptomatic.

Thompson, Edwards, Williams and Williams are out tonight, while Edwards is active. Jeff Teague is questionable with his left ankle sprain. Washington’s Russell Westbrook suffered a dislocated finger on Wednesday, but is active and not listed on the Wizards’ empty injury report.

According to the online sports book Betonline.ag, the Celtics are 4.0 point favorites in spite of their thin front court depth. Jayson Tatum and Jaylen Brown’s continued brilliance remains, boasting the third highest scoring average for a NBA duo this year, while the Wizards have struggled at 2-6 with the worst scoring defense in the league.

That’s right. The Wizards cannot defend anyone. The Bulls swept them in a series, scoring 133 points, before the 76ers dropped 141 on Washington on Wednesday. The Wizards hang in on the other side of the court though, with the second highest scoring average that comes within two points of their defensive average (120.8-122.9).

That poses a problem for the Celtics’ defense, also among the league’s worst at 111.7 PPG allowed. The starting lineup remains a mess (119 points per 100 allowed), but with Thompson’s absence won’t be available for the near future. Boston’s next most-used lineup is Marcus Smart, Jaylen Brown, Jayson Tatum, Semi Ojeleye and Daniel Theis — a -24.8 points per 100 in 10 minutes.

Theis lineups are getting outscored this season, both with him at power forward and center. He’ll be logging heavy minutes at his natural position for the foreseeable future, where he thrived a year ago, with three-guard lineups and limited Tacko Fall minutes likely to get Boston through the path ahead. Jeff Teague, a steady shooter through Boston’s early games, also defended hard and would be helpful for flexibility now.

Washington would not be a bad bet with the points they’re receiving. Bradley Beal is averaging 34.3 PPG and Westbrook packs the scoring punch to match Boston’s 1-2 tandem. Thomas Bryant is a physical center that could challenge Theis and hit Boston with foul trouble. Washington shoots the second most free throws per game in the NBA.

The Wizards could ask the same questions on their end though, without a single viable option to cover Tatum or Brown. This should be a ginormous shootout, an “over” contender even with the high Vegas prediction.

Boston will legitimately miss Robert Williams III, a powerful component to Boston’s bench lineups winning games for the 6-3 Celtics. Payton Pritchard plays a role too, with Brown and Tatum cleverly mixed in through rotations to siphon points from opposing second units.