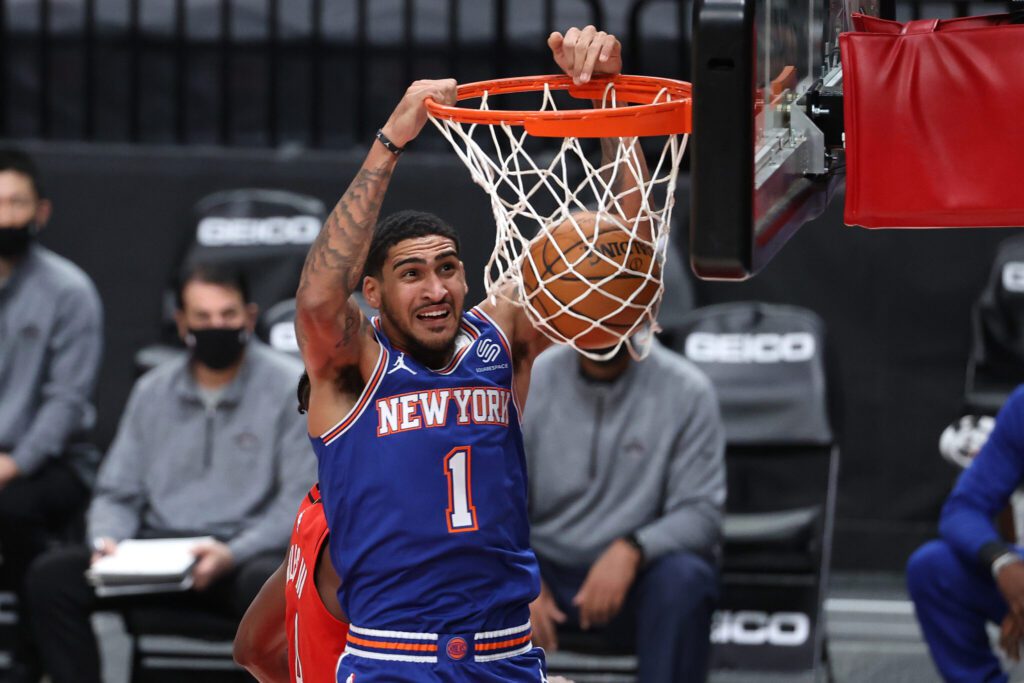 PORTLAND, OREGON - JANUARY 24: Obi Toppin #1 of the New York Knicks dunks the ball in the second quarter against the Portland Trail Blazers at Moda Center on January 24, 2021 in Portland, Oregon. NOTE TO USER: User expressly acknowledges and agrees that, by downloading and or using this photograph, User is consenting to the terms and conditions of the Getty Images License Agreement. (Photo by Abbie Parr/Getty Images)
Share
Facebook Twitter Email

Drew Butler and Nick Bahe, from BetOnline.ag All Access, discussed their picks for the NBA All-Star Dunk Contest in Atlanta. Drew speaks on Anfernee Simons, from the Portland Trailblazers, considering him great value.

“His athleticism, his explosiveness…it jumps out at you.”

Betonline is offering the following odds on the dunk contest participants, which is slated for Sunday at halftime during the All Star Game:

With Simons slated at +250 by Betonline, he has a lot of potential, but can he be creative enough to set himself apart from the pack?

Nick Bahe vocalized his opinion on Caussius Stanley because of his apparent gracefulness and power. Bahe also notes that Stanley’s great career at Duke which has shaped him as a great value player and candidate to win the Dunk Contest with +225.

Bet on the dunk contest and other games, props and more with Betonline.ag. Use the code CLNS50 for 50% back on your first deposit.