New England takes on Dallas in a Sunday afternoon matchup from Gillette Stadium. 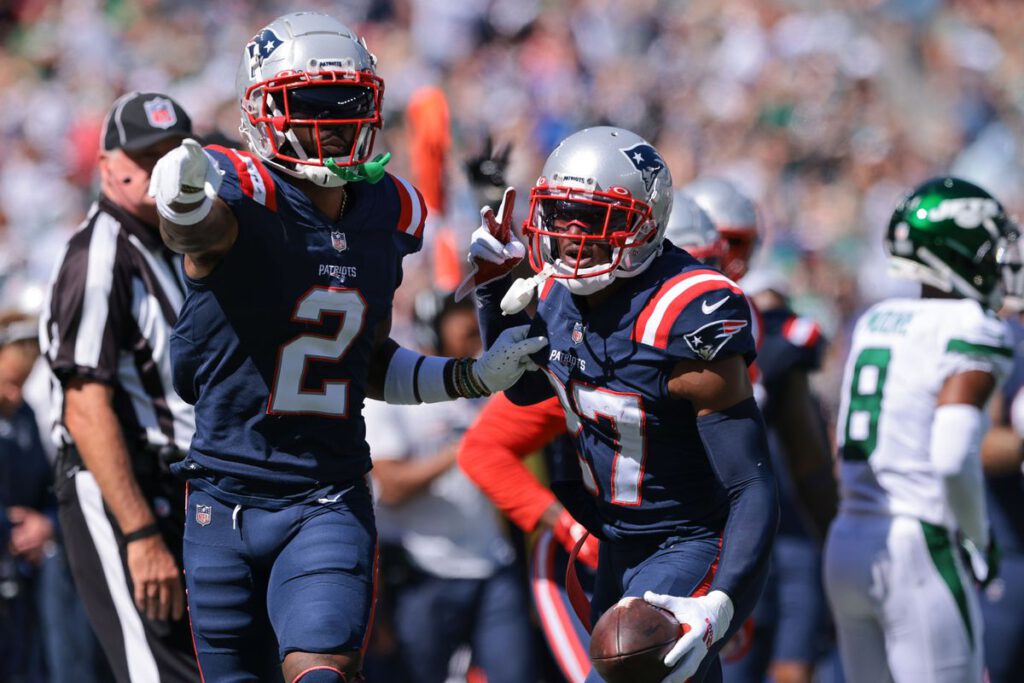 After a come from behind win against the Texans last Sunday, the Patriots have another challenge in front of them this weekend in the Dallas Cowboys. A battle between both of “America’s Team’s”, Sunday’s game will kickoff at 4:25pm from Gillette Stadium. Jim Nantz and Tony Romo will be on the call for CBS.

The Patriots will look to turn themselves around after a rather disappointing performance last Sunday. Despite getting the win, Houston was a team they should’ve been able to handle easily. Instead, they goofed around for three quarters and let Davis Mills shred them before Mac Jones was able to come and save the day.

Mac Jones currently has the second highest odds to win Rookie of the Year, per @betonline_ag 🏈@mikekadlick gives you his Four Reasons Why Jones is the smart bet to take the trophy home in 2021 💰

New England hopes to get several players back that missed last Sunday’s game, which should ultimately help their cause. They need to get healthy if they want to make a playoff push.

The Cowboys have a surplus of storylines on their hands this season. For starters, it looks like they might have the Defensive Player of the Year on their hands in cornerback Trevon Diggs. He’s been an absolute ballhawk through five weeks, bringing down a league high six interceptions. The Patriots could get lucky as Diggs has not practiced much this week.

Coming off of a gruesome ankle injury, Dallas quarterback Dak Prescott is having himself an MVP-type season. He’s thrown for 13 touchdowns and just three interceptions while getting his team to a 4-1 record. Running back Ezekiel Elliott looks to be back to his old self again, rushing for 452 yard and five touchdowns so far.

Sunday has the makings to potentially turn into a shootout. It’s time for McDaniels and Jones to bring it offensively.

Patriots guard Shaq Mason was officially ruled out for this week. Cornerback Shaun Wade is also out. Kicker Nick Folk, and running backs Damien Harris and J.J. Taylor are both listed as questionable.

The #Patriots ruled out RG Shaq Mason for Sunday’s game.

The Cowboys have themselves quite the injury report this week. Defensive end Dorance Armstrong is officially out for Sunday. Donavan Wilson, Damontae Kazee, Randy Gregory, Ezekiel Elliott, Tyron Smith, and Trevon Diggs are ALL listed as questionable.

The Pats are going to rise to the occasion this week. Coming back home after a let down last week, they will come ready to play. I think this is the week the offense will finally click into the gear they need to have a good stretch run. Dallas can put up points, so Mac is going to have to go toe-to-toe with the MVP candidate across the field in Dak Prescott.

I think they get it done. Pats win outright.

Patriots Mailbag: Debunking the Narrative that the Pats’ Linebackers Are Bad in Coverage