Red Sox Looking to Add Before the Deadline | Betonline.ag 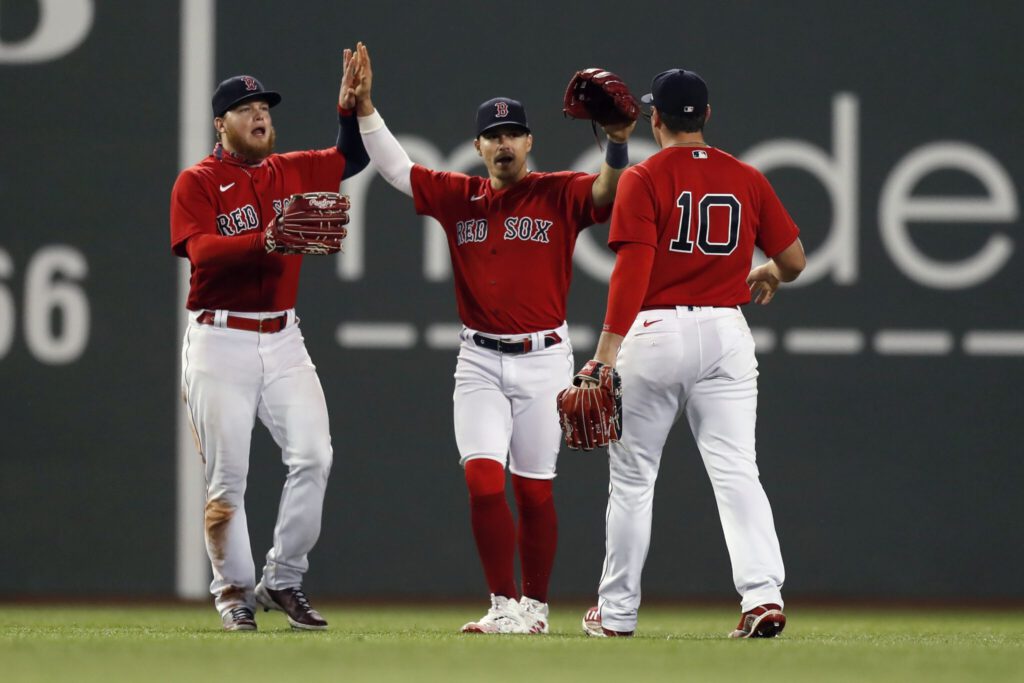 With the MLB trade deadline coming up at 4 p.m. today, eyes are all over the Red Sox to see if they’ll make any more moves to strengthen their roster for a World Series run.

The Red Sox, who sit at 63-41 on the year, have impressed this season after a dud of a 2020 season during manager Alex Cora’s suspension.

Two needs for Boston are an every day first baseman and pitching. According to BetOnline.ag, the Red Sox have 5/1 (+500) odds to land reliever Craig Kimbrel from the Chicago Cubs. These are the fourth best odds behind the Mets, A’s, and Yankees.

Craig Kimbrel's next team if traded:

A deal would reunite Boston with their 2018 World Series champion closer. Kimbrel was an All Star every season he played with the Red Sox, and would greatly improve the back end of their bullpen.

Schwarber has been a monster at the plate this season, he’s hitting .253 with 25 homeruns, 53 RBI’s, and an OPS+ of 150. According to the Boston Globe’s Alex Speier, the Sox are open to trying Schwarber at first base, as well as cycling him in the outfield and at DH.

Sounds like Sox are open to seeing how Schwarber can handle 1B (he’s never played there in the big leagues), but can also cycle him into the OF and at DH.

Red Sox are another team looking at Scherzer and Berríos. While Scherzer has been linked more to the NL West teams, Boston appears in the mix for both. And yes, Red Sox are a team Scherzer would consider going to.

MLB Network’s Jon Morosi reported on Friday morning that Boston has spoken to the Texas Rangers about acquiring pitcher Kyle Gibson. Gibson is 6-3 on the season with a 2.87 ERA.

The #RedSox have spoken about a Kyle Gibson trade with the #Rangers, source confirms. Gibson still is being discussed with multiple teams. @MLB @MLBNetwork

The Red Sox also have ace Chris Sale in their back pocket after his Tommy John surgery in March of 2020. He has made several rehab starts, and Boston will look to add him to their major league roster in the coming month. Adding Sale and either Berrios or Gibson to the rotation heading into the postseason would be huge for the Red Sox.

If they want to compete in October, Boston needs to be buyers at Friday’s deadline.