Brady makes his highly anticipated return to Gillette Stadium this Sunday. We have you covered, courtesy of BetOnline.ag. 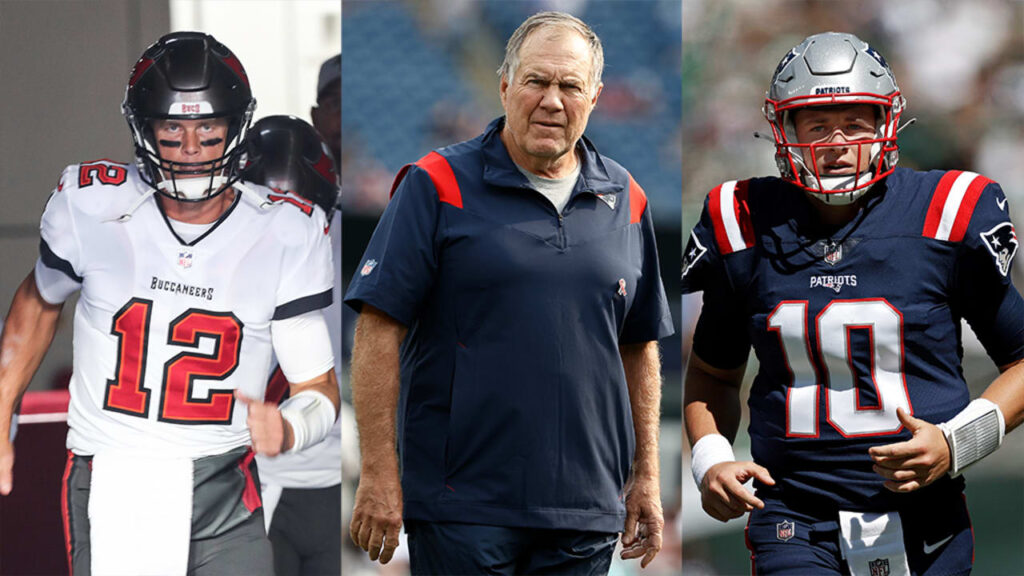 The Tampa Bay Buccaneers and quarterback Tom Brady travel to Foxborough this weekend for their long awaited matchup against Bill Belichick, Mac Jones, and the New England Patriots.

The game will kickoff Sunday at 8:20pm from Gillette Stadium. Al Michaels and Cris Collinsworth will be on the call for NBC’s Sunday Night Football coverage.

Hello from the other side. @TomBrady returns to New England this Sunday night.

Let’s take a final look at the betting odds for Brady’s return, courtesy of BetOnline.ag:

“Any stories this week?” said a sarcastic Bill Belichick at the beginning of his Wednesday morning press conference with the media.

Obviously, there’s one story and one story only. Tom Brady and his return to New England. The place where he spent 20 seasons, won six Super Bowls, took home three NFL MVP awards, made 14 Pro Bowl appearances, and led the team to an undefeated regular season in 2007.

Of course, the greatest quarterback of all time didn’t do this alone. He did this alongside Bill Belichick. Belichick is an eight-time Super Bowl champion (six as head coach, two as defensive coordinator), a three time NFL Coach of the Year, and is widely regarded as the greatest football coach in the history of the sport.

Did Brady make Bill? Did Bill make Brady? Only time will tell. Ultimately, the New England Patriots dynasty would not have happened if either of them were not a part of it. That’s what the story should be this week.

It should also be about the game itself. Tampa Bay’s defense looks to be extremely limited this season, especially in the secondary. The Patriots will have to put a lot of trust into rookie Mac Jones this week, because the answers to the test are going to be through the air. New England will also have to limit the amount of the mistakes they make, which was a theme in last Sunday’s loss to New Orleans.

The Patriots lost running back and team captain James White for the rest of the year due to a hip injury last week. He was placed on season ending IR on Friday.

FWIW: J.C. Jackson spoke to the media today and didn’t sound like his status was in doubt at all for Sunday. He was added to the report today with a knee injury. #Patriots

As for Tampa Bay, tight end and former Patriot Rob Gronkowski did not practice this week, and is listed as “doubtful” for his return to Gillette. Gronk injured his ribs in the team’s loss to the Rams last Sunday.

Cornerback Jamel Dean and running back Giovani Bernard were ruled out for Sunday’s game. Newly signed cornerback Richard Sherman is expected to make the trip to Foxborough and play for the Buccaneers.

I really think the Patriots will keep this one close. It has to kill Belichick knowing that Brady has the leg up right now after last season, and he isn’t going to go down without a fight. There’s also no way New England could possibly play as bad as they did last Sunday against New Orleans.

I won’t go into how the flow of the game might go, but man would it be poetic to see Tom Brady have to lead a game winning drive in Gillette Stadium against a Bill Belichick led defense. Ultimately, I think Tampa Bay will pull this one out. Bucs win, Pats cover.